Will GTA 5 Online continue to be updated? - Dexerto
GTA

Will GTA 5 Online continue to be updated?

GTA 5 is one of the most popular and best selling games of all time. However, with Rockstar recently releasing Red Dead Redemption 2, some GTA fans are wondering whether the record breaking game will continue to receive updates to its online portion.

Simply put, yes! It has been confirmed that GTA Online will continue to receive not only support but further updates also.

This was confirmed on Take Two’s recent financial call. For those who don’t know Rockstar, the GTA 5 publisher, are a subsidiary of Take Two.

How GTA 5 Online will be updated going forward wasn’t discussed. At this point in the game’s life cycle it seems unlikely the game will be getting anything too revolutionary.

Major GTA updates in the past included the introduction of new game modes, additional heists and the hugely popular content creator update. These, along with other updates along the way, have combined to make GTA 5 one of the most successful games ever.

Clearly the player base is still thriving and that is why Take Two confirmed its intention to carry on supporting the game. Further updates from a content perspective will likely be of a similar format to the last update, Grand Theft Auto Online: Arena War. This update included new battle modes and an array of new vehicles. 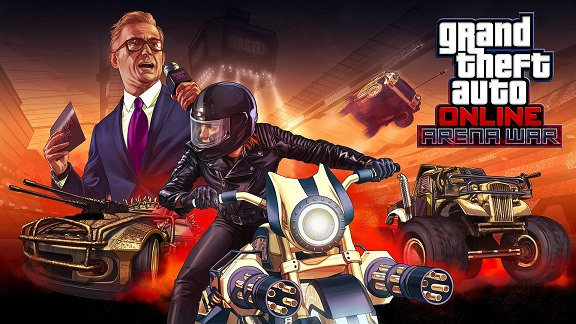 GTA fans, and gamers alike, are desperately waiting for some type of news regarding GTA 6. Up to now, Rockstar have remained extremely tight-lipped on the inevitable follow up to GTA 5.

Rumors have been circulating across the video game community for years now, quite literally! One interesting rumor is that GTA 6 will be include the entirety of the USA as the map. As the game hasn’t been announced yet, and RDR2 has just been released, we could see the next GTA game made for the PS5 (and Xbox 2).