Untitled Goose Game: Everything you need to know about the viral hit - Dexerto
Gaming

Untitled Goose Game: Everything you need to know about the viral hit

September’s viral hit, the Untitled Goose Game, has taken the gaming world by storm with its bizarre premise and now famous lack of a name. Here’s what you need to know about it.

The Untitled Goose Game released on September 20 and instantly raised eyebrows. This game puts you in control of wild goose as you work to complete a series of random objectives.

Somehow, it’s best described as Metal Gear Solid game, but instead of being Snake, you’re a goose who has to be stealthy and solve various puzzles.

The title itself comes as a result of not knowing what to name the game, but thanks to social media, it stuck. 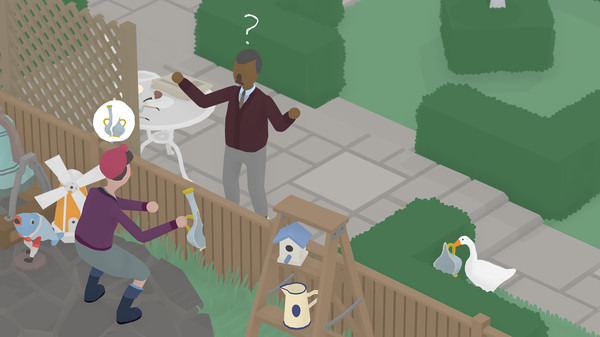 What platforms is it on?

On September 20, the Untitled Goose Game released on PC and Nintendo Switch, leaving PS4 and Xbox One out in the rain. There are plans to bring the game to those consoles, but nothing concrete as of yet.

This gets tossed around a lot, but this game does feel right at home on the Switch, but don’t feel bad if you play it on PC, the madness is just the same no matter where to play it.

How much does it cost?

If what you’ve heard so far has you wanting to make the leap into the world of geese, then you’ll be delighted to hear the game is only $20.

Of course, that means you shouldn’t be expecting a full-length AAA game, but don’t worry, there’s still plenty to enjoy here.

On PC, you can purchase it through the Epic Games Store, but a release on Steam is planned. 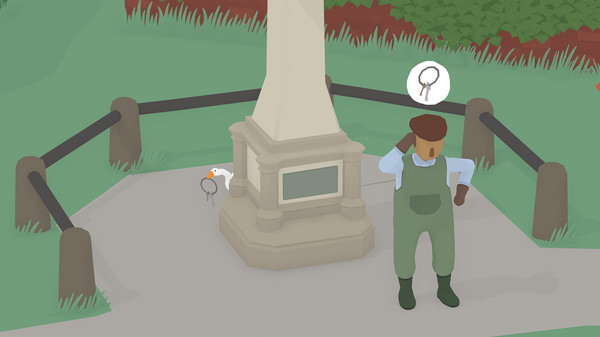 The Goose is loose.
[ad name=”article4″]

What are people saying about it?

On the Switch, the Untitled Goose Game is sitting at a solid 81 on Metacritic with 31 critics, and it has a 78 on PC.

Those are pretty good scores considering what the game is about, but it surprisingly works pretty well. In fact, many of the reviews with it was a longer game.

There has been a lot of buzz on social media about the game, people even wanted the goose to appear in Smash Ultimate!

YouTuber videogamedunkey, a creator who makes comedic videos about games, came out with a video about the game, showcasing many of the goose antics you can do in the game.

Even Rudeism, known for his exotic ways to play games, leaned into the hype and became a goose during a stream of his.

There you go! That’s what you need to know about the game that has everyone talking, now what are you waiting for? Give it a look!