World of Warcraft with Apex Legends Overwatch with a pizza and baguette.

Now the entertainment streamer has found a way to truly immerse himself in House House’s best-selling Untitled Goose Game, donning a full-body goose-style controller to fully become the feathery character during his October 2 stream. 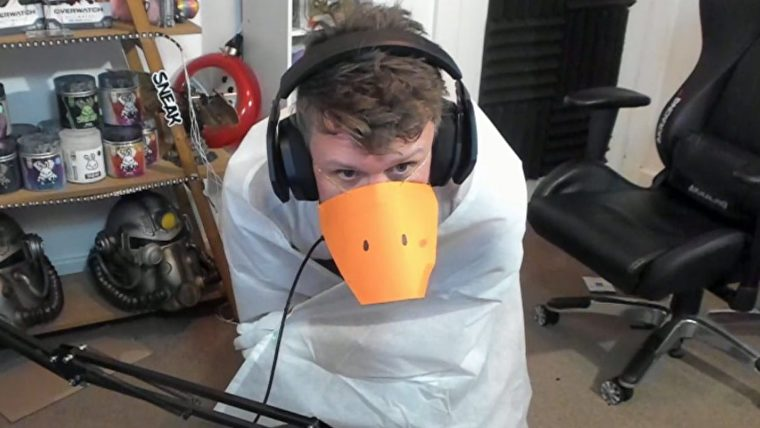 The costume-controller was designed with scuba flippers rigged to control the goose’s movements and gloves to control the flapping wings. The pièce de résistance for the get-up was the voice-activated beak, allowing Beck to honk in-game to his heart’s content.

All in all, the full-body controller took Rudeism to another level while he patrolled the cartoonish-landscape of Untitled Goose Game. It all seemed rather tiring for the 29-year-old gaming star, however, and he soon moved from crouching to sitting to play.

“Ahhh, it works! Oh my god, it works. I can’t believe this works, are you serious? Holy shit!” Rudeism cried in joy the first time he tried the controller out, before admitting he might not be able to finish the full game in the get-up.

Not everything is meant to last forever, though, and it seems Beck’s mad-scientist controller was no different. After a few hours the do-it-yourself setup began to fall apart, with wires and cabling tumbling out of the costume and cutting short the fun.

“Goosing got cut a bit short tonight by a faulty wire, but I’ll get it all fixed up for some more tomorrow night!” the streamer promised on Twitter after his stream, and added that he would be returning to the game partly because of the incidental exercise.

“That goose controller might be the most physically demanding thing I’ve ever built. The constant squatting is what does it. Disregard gym, obtain HONKS!”

That goose controller might be the most physically demanding thing I've ever built. The constant squatting is what does it.

While not everyone is playing the Untitled Goose Game with the full costume and an Xpadder-fueled control system, the second release from Melbourne-based House House developers has been breaking records for its outlandish concept and gameplay. 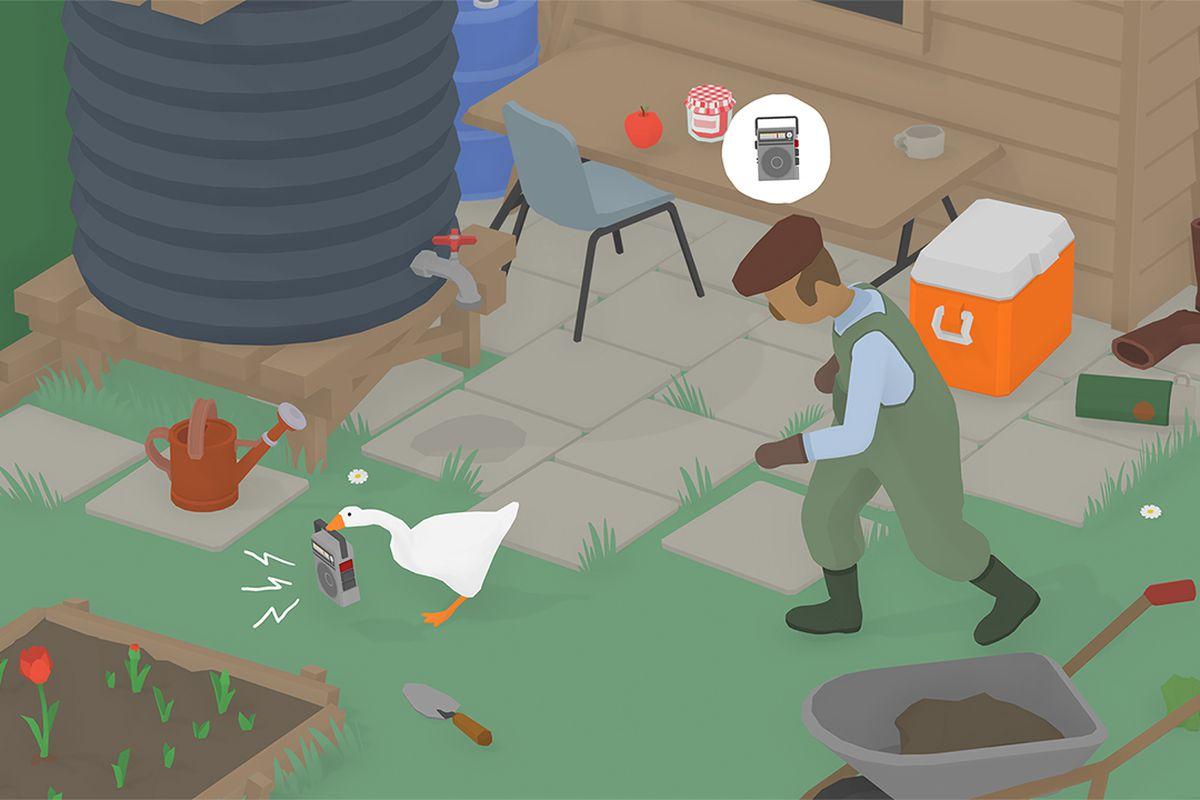 Untitled Goose Game has exploded in popularity after its release on September 20.
[ad name=”article5″]

The initial trailer for the game went viral in 2017, before the Australian creators were signed by US publishing company Panic. Since its release on September 20, the hilarious game fired to #1 on Nintendo Switch’s best selling list, and digital downloads in the US.

One thing’s for sure. Whether you’re dressed up in full feather-like regalia with a beak and stomping your feet with huge flippers, or simply sitting back with a controller, Untitled Goose Game seems here to stay for the foreseeable future, so get used to the honking.