Untitled Goose Game gives players control of a horrible goose, who enjoys nothing more than to terrorize people and cause untold amounts of trouble.

One fan loved the stealth sandbox so much that they created an in-depth concept for the bird in Nintendo’s fighter title Smash Ultimate.

Artist Ed Mendoza posted their now-viral Smash concept for the naughty goose on Twitter, and it’s rather detailed, showing all of the fowl’s moves.

The bird’s main moves consist of pecks, wing flaps, and headbutts – pretty standard for a goose. They have some start-up lag though, making it more difficult to approach opponents head on.

Its Neutral-Special attack sees the bird honking obnoxiously, so much so that any enemies in its range will trip, creating an opening for assault.

The goose starts with the ability half-charged at the beginning of the match, and charges up passively with increased range the longer it’s not used.

The Side-Special is called Carrot Toss, and is self-explanatory in its name: the bird literally tosses a carrot at its foe.

If the throw doesn’t land, the vegetable becomes a grabbable item, and can be re-obtained by attacking the enemy if it picks it up.

Horrible Flight is the bird’s Up Special move, and sees the animal attempt to fly, but glide instead. It can be used to move horizontally, and can be cancelled at any time.

The last move is its Down Special: a move that lets horrible goose hide in a bush. The bush will stay on the bird while moving, and allows it to perform a surprise attack on the enemy. 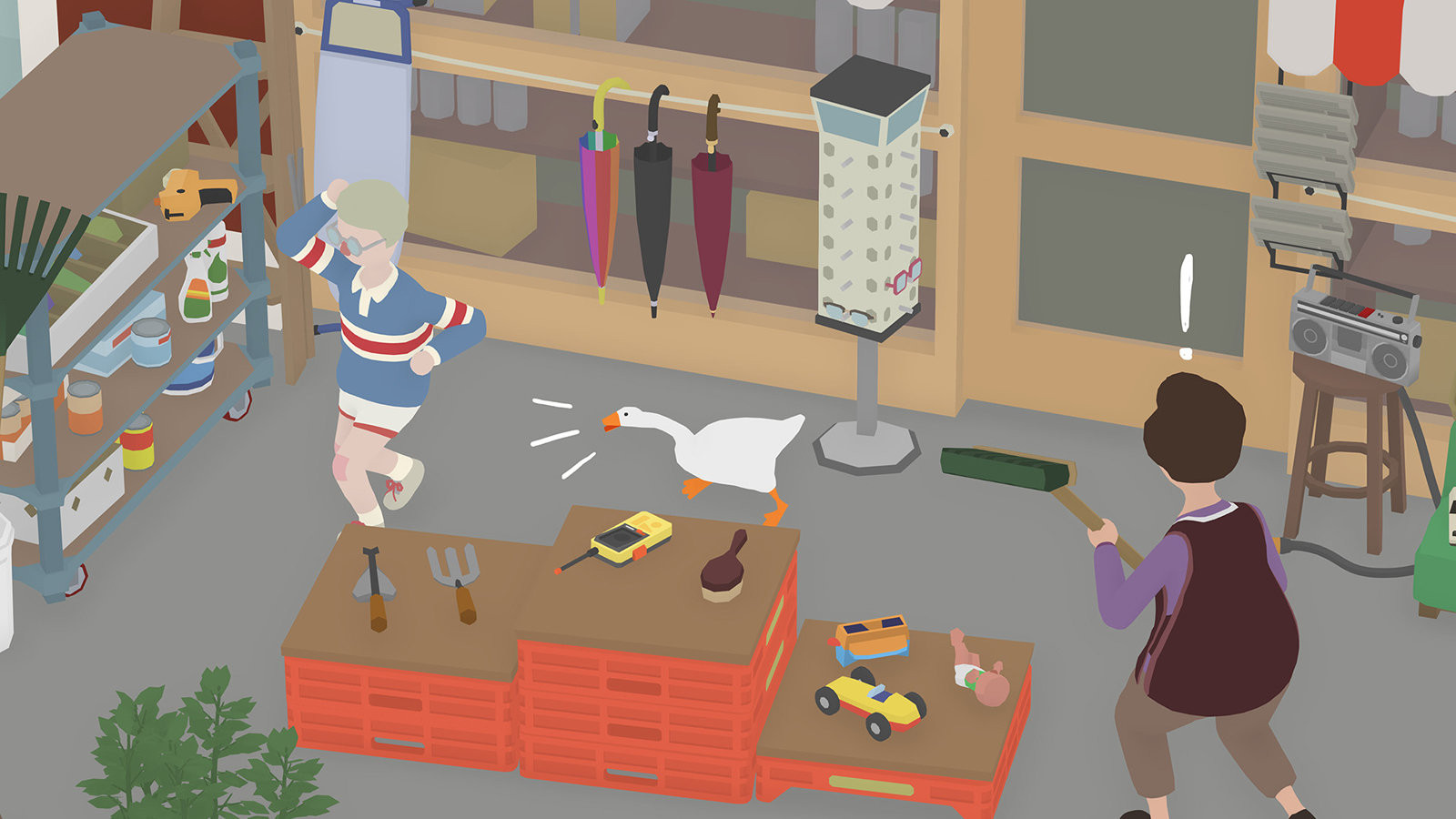 The horrible goose would be a great fit for Smash Ultimate.
[ad name=”article4″]

Untitled Goose Game released for PC, Mac, and Nintendo Switch on September 20, and was an instant success, garnering a score of 81% on ratings site Metacritic.

Websites like Digitally Downloaded and The Guardian gave the game a perfect score of 100, despite being only a couple of hours in length.

It even ended up on the top sellers list on the Nintendo eShop and the Epic Games Store, proving that players don’t always need a game like Grand Theft Auto to terrorize people.