Silent Hill
With the PlayStation 5 set for a Holiday 2020 release date, fans are waiting on the edge of their seats to find out which series will be making their way onto the console. With Demon’s Souls, Horizon Forbidden West, and more already announced, here are six remakes we’d love the chance to play again on next-gen.

On June 11, the gaming giant officially unveiled its next system: the PlayStation 5. Futuristic in design and coming in two editions – Regular and Digital – the console promises to kick the butt of the PS4, and bring console gaming into the next generation.

Resident Evil 8: Village, Deathloop, and more were confirmed for the system during the reveal, sending the hype mill into overdrive. There are some games that fans – including us – would love to see on PS5 that weren’t announced, though.

With FromSoftware’s Demon’s Souls officially being remade for the PS5, it shows that Sony Interactive Entertainment is ready and willing to give fans the chance to replay and fall back in love with older classics all over again.

With that in mind, here is our top six list of remakes that we think should be on next-gen.

Note: Some of the following games are not PlayStation exclusive, meaning they could theoretically release on the Xbox Series X & PC too if they were ever remade.

PlayStation consoles have always been known for their beefy lineup of role-playing games when compared to Xbox – especially Japanese ones. Eternal Sonata originally released on the XB360 in 2007, before coming to the PS3 in a new version packed with additional content in 2008.

The game takes place in the dreams of 19th century musical composer Chopin, in which he himself is a playable character. Its story has eight chapters, with each representing historical events in his life. The combat is much like a traditional turn-based JRPG, but it also features action elements too for a unique experience.

With over 10 years since its release, it would be a sad day to see it die on the PS3. A remake rather than a remaster would also allow certain issues to be fixed, such as a faster-paced story and shorter cutscene length.

The Parasite Eve games really do deserve a remake.

If there’s any series that is due for a remake over anything else, it’s Parasite Eve. The first game released on PlayStation 1 in 1998, and followed the story of New York police officer Aya Brea as she attempts to stop the Eve from destroying the world via human combustion.

II dropped on the same console a year later, and continued the story of its predecessor. A third game, The 3rd Birthday, came out on the PSP in 2010, but only loosely followed the events of the other two – something many don’t count as a true sequel.

Earlier in 2020, Final Fantasy VII Remake’s producer Yoshinori Kitase (who also worked on T3B) stated in an interview that he believed it “would be a waste” if the characters from the PS1 titles never returned. “Parasite Eve had some RPG elements to it. It was very original and unique… So I think now is a good time,” he said – and we couldn’t agree more!

Silent Hill is the remake every PlayStation fan wants.

When you talk about remakes and remasters, there’s one game that pops up time and time again with fans – and that’s Silent Hill. Originally released on the PS1 in 1999, the survival horror game follows writer Harry Mason as he searches for his missing daughter in the fictional American town of Silent Hill.

The title spawned several sequels, with 2010’s Shattered Memories reimagining the events of the first game in a different universe on the PlayStation 2. The third installment served as a direct continuation of the original, with the town’s cult taking center stage in the story.

Many believe that the beloved series could get a reboot for the PlayStation 5, and is said to have Hideo Kojima himself helming the project after the failure of Silent Hills – AKA P.T. This has yet to be confirmed though, but there’s no doubt that if it is true, it would be one of the biggest releases on the console.

Ask any Fallout fan what game they’d love to be remade and the chances are, they’ll always tell you New Vegas. Released in 2010 for PS3, Xbox 360, and PC, the post apocalyptic RPG is often heralded as one of the best video games of that generation.

It is set in Las Vegas in 2281, following a nuclear war between the United States and China that occurred in October 2077. The title follows the story of The Courier after being left for dead in a shallow grave following an attack during his package delivery.

Many have wanted a remaster or a remake, even going so far as to create petitions for Obsidian Entertainment and Bethesda to do so. While nothing’s been announced yet, the game would be perfect for the PlayStation 5.

There truly is no better The Simpsons game.

It’s hard to find a 90s kid who didn’t rush home after school to jump onto their favorite console and dive into what is essentially a The Simpsons clone of Grand Theft Auto that parents would actually let them play. Aptly named Hit & Run, it allowed players to control their favorite characters from the TV series to complete missions and cause havoc around Springfield.

The premise of the game centers on a giant conspiracy theory: robot wasps invade the town, aliens abduct Bart, and fizzy beverage Buzz Cola is a ploy to get citizens to act silly for an extraterrestrial reality television show. It’s as wacky as it sounds, but that’s what made it so great.

While it’s unlikely to ever get a remake or a remaster due to the fact that Vivendi Games merged with Activision Blizzard, we can still dream that we’ll be able to revisit Springfield someday. 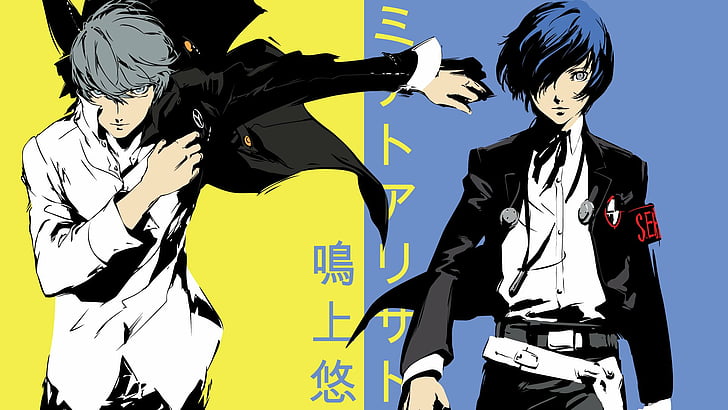 While Persona 3 and 4 are obviously different games, they’re both something we’d love to see remade on next-gen consoles. The series is one of the most popular JRPG franchises to date, and focus on a mysterious world where certain humans can battle monsters known as Shadows.

FES was an enhanced version of 3 for PlayStation 2, adding in over 30 hours of gameplay and an epilogue after the main story called The Answer. Golden was of similar nature, containing additional features and Social Links in a PS Vita release.

Both games are epic masterpieces, and although Golden was recently given new life on Steam, it’s hard not to want a complete overhaul of the two titles in a new engine, similar to the style of Persona 5.