PUMA has released their first piece of footwear for the active gamer, an £80.00 (~$104) gaming sock created with console gamers in mind and designed for gaming performance. The “gaming sock” has been meant with mixed reactions regarding its price and function.

On December 18, PUMA officially set a course for a new market to conquer: the gamers.

Their first product designed for gamers is the Active Gaming Footwear gaming sock, and according to their UK product page, it is “designed for indoor and in-arena use, it delivers seamless comfort, support and grip so gamers can adapt to different active gaming modes and game their best.”

The gaming sock features several “modes” that are provided by various in-sock features. These featured allegedly contribute to its ATTACK and DEFENSE modes, as well as SEEK and CRUISE modes. There’s no mention of what these modes enable, and how to activate them.

There are only a few details provided regarding how exactly the sock is was engineered to improve gaming performance, but PUMA claims that its designed for comfort, as well as support, breathability, grip, and increased torsion control.

The day the internet took notice of the new gaming footwear occurred on the same day streaming superstar Tyler ‘Ninja’ Blevins made a huge announcement with Adidas. The star of Mixer and the iconic shoe brand announced a deal back in August of this year, and Ninja revealed his new shoe with them on the same day. 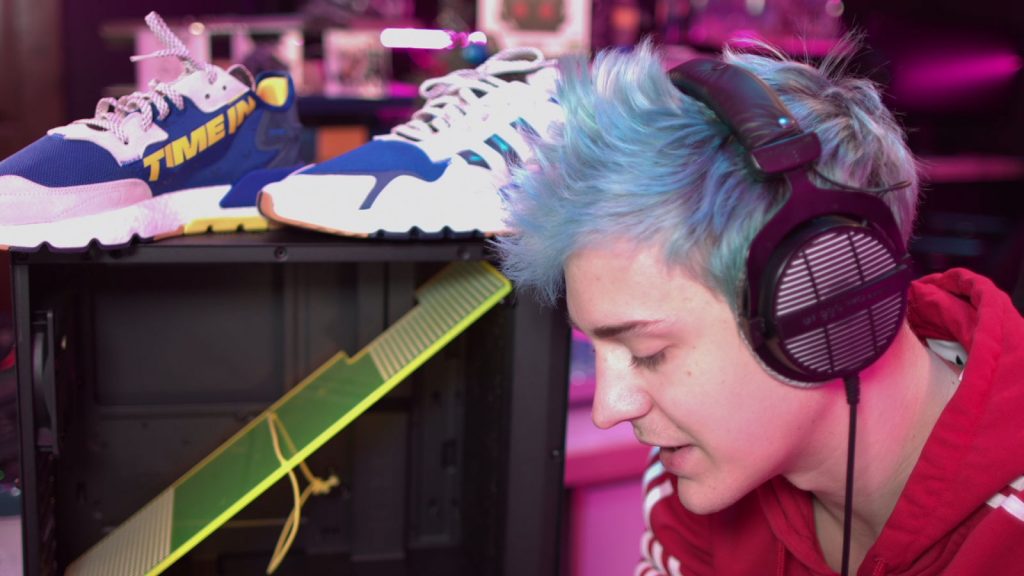 Engadget reported on the PUMA footwear release, and indicated that while the gaming sock may not seem ideal for gamers on the couch or in a chair, they may seem more suited for augmented or virtual reality (AR or VR) gaming experiences.

The gaming community, however, had a mixed reaction towards the new product, and have been quite vocal with how they feel about it. The official PUMA video announcing the gaming sock has 1:2 like to dislike ratio, but some comments indicate that the shoe would be great for driving or dancing games.

Twitter user hellomisspotter shared the images online, and it generated numerous responses of people mocking the new product, with most people taking shots at the different “modes” that the shoe offers.

Press A for shoe boost

If PUMA adopts a similar strategy to their attempt at breaking into the lucrative basketball shoe game, in which they signed exclusive deals to members of the 2018 NBA Draft class, then it wouldn’t be surprising to see popular streamers sign PUMA deals as well.

The product is currently available to UK and Australian customers.