It has been over a decade since fans were last treated to a new release in Valve’s Left 4 Dead series. According to recent leaks however, the lengthy gap could finally be coming to an end in a surprising way.

A number of Valve Corporation titles have become iconic over the years despite complete and utter silence from the prestigious developers. Take the Half-Life franchise for instance, which had also been dormant for more than a decade until a surprise announcement on November 19.

Half-Life is finally returning to the forefront of the gaming industry but perhaps not in the way that the majority of fans expected. Rather than providing a predictable sequel, Valve unveiled Half-Life: Alyx, a brand-new Virtual Reality title. Following suit with this recent surprise, it seems as though Valve’s remarkably popular zombie series could be getting a similar update. 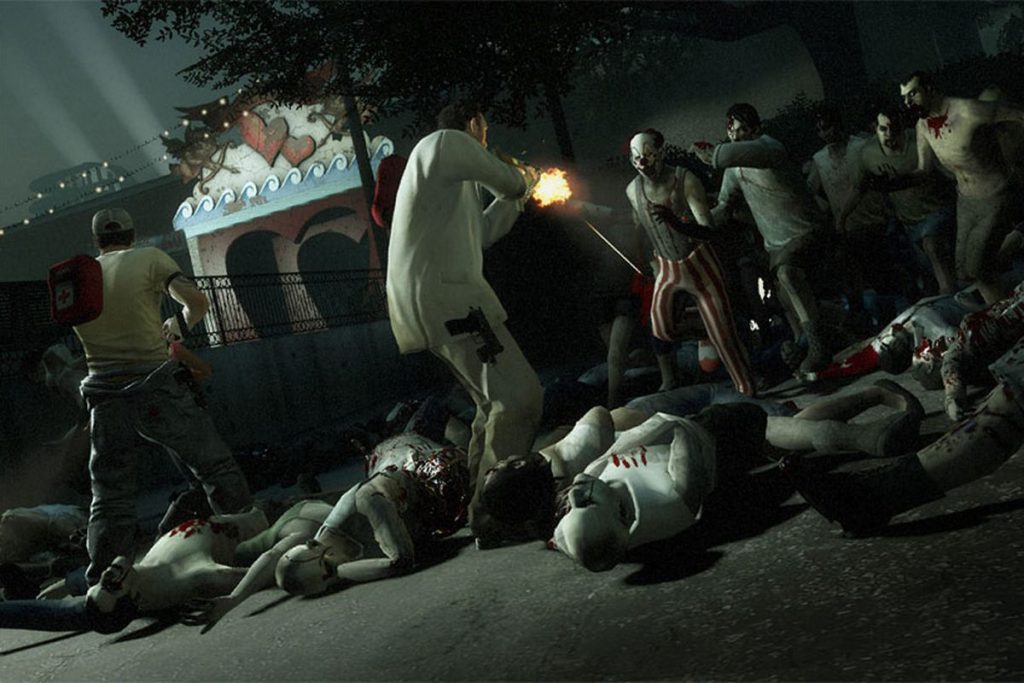 Left 4 Dead burst onto the scene in 2008 as one of the first multiplayer survival horror titles. Boasting numerous cooperative campaigns and an enthralling ‘Versus’ mode that allowed players to assume control of powerful infected, the series has remained a staple online title for many years due to its astounding replayability.

Despite receiving a number of additional campaigns and even crossing characters over between the first game and its sequel, the popular franchise has yet to receive a fully-fledged third entry. Recent insight from a prominent Valve reporter however, has indicated the course of the series could be set to change in the near future.

Tyler McVicker is the creator of the Valve News Network YouTube channel and has been actively following the gaming juggernauts for close to a decade. According to his sources, Left 4 Dead is very much alive and well. Set to make a return in a similarly shocking way to the recent Half-Life: Alyx announcement, supposedly “Left 4 Dead VR is real” and will be unveiled soon.

Surprisingly moving away from the traditional first-person format, it appears as though Left 4 Dead will follow close behind Half-Life and further push Valve’s involvement in the realm of Virtual Reality.

Following the groundbreaking Half-Life: Alyx announcement, there’s no denying Valve has seen a massive uptick in hardware sales, with the Valve Index headset has sold out in a number of regions due to the recent overwhelming demand.

While there’s no indication as to when Left 4 Dead information will be uncovered, McVicker asserted that Geoff Keighley’s The Game Awards will showcase “new Half-Life: Alyx news.”

Perhaps the annual gaming spectacle could also be the host of a brand-new Left 4 Dead unveiling, as Keighley recently went on record and outlined that “more than 10 new games” will be on display.

There’s no telling when we might be set to receive a confirmation on the existence of a Left 4 Dead VR title. Valve has grown notorious over the years for being an exceptionally tight-lipped company.

Therefore, take these newfound leaks with a grain of salt for the time being. All signs point towards a major presence for the developers at The Game Awards however, so new information might be right around the corner.

The Game Awards is an annual celebration of the industry and also serves as a glimpse into the future with a number of exciting video game announcements. You can tune into the show across all streaming platforms on December 12.