We’re just a few days away from the next major Fortnite in-game event, and we now know how long it will last and what it’ll be called.

First announced at the end of a Tweet on October 31, the in-game event has been the subject of much anticipation and discussion.

With just three days to go until the event, a PlayStation events page has given us an official name and length of time for the special event.

The event is being officially called the ‘Fortnitemares Finale’ and will last for five minutes from 1:00 PM ET and 1:05 PM ET. 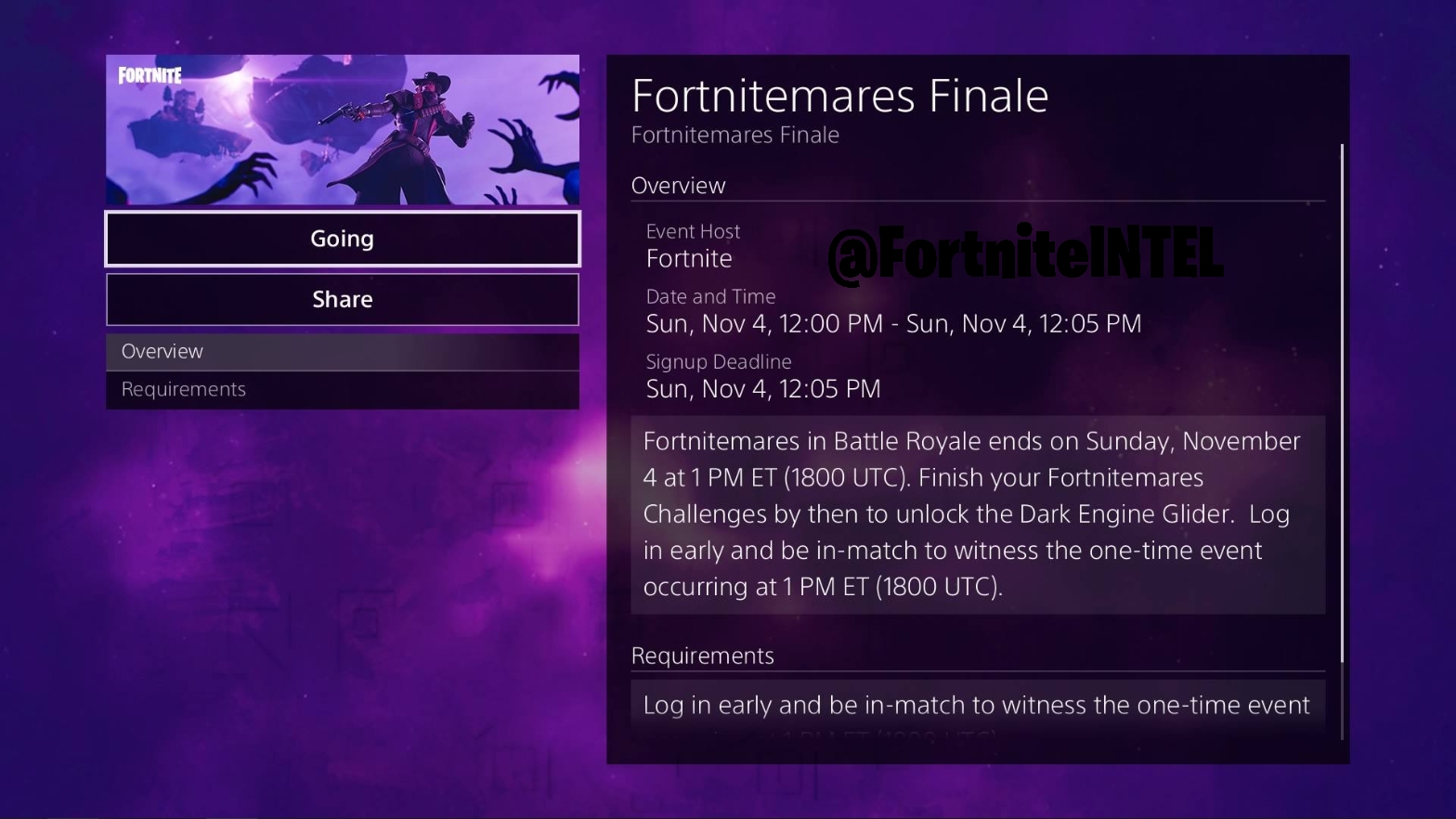 While the image shows the event as lasting between 12:00 PM and 12:05 PM, it’s possible that it was a mistake or that the time was set to Central Time. A second Tweet from the official Fortnite account on November 1 confirms the start time as 1 PM ET.

While we know the name and length, we still don’t know exactly what will take place during the anticipated event.

It’s expected that it will involve the massive cube above the map that fans have nicknamed ‘Kevin,’ but it’s anyone’s guess as to just what will really happen.

Whether it ends up involving a butterfly or see Kevin break apart or introduce new challenges to the game, Fortnite fans only have three more days to wait until we enter the next chapter of the game.