Some of Fortnite’s best professionals and streamers went head-to-head in the Fortnite Twitch Rivals Community Charity Showdown event in a bid to win a slice of the $500,000 prize pool for their charity of choice.

The Fortnite competitive scene has had plenty of money pumped into it by Epic Games and other tournament organizers. The showpiece event, the Fortnite World Cup, almost set the record for the largest esports prize pool before the Dota 2 community showed out and backed The International 9 with their cash.

Yet, sometimes, the events aren’t about taking home the biggest piece of the prize pool for yourself – but helping to make a difference for charity. That is exactly what the Twitch Rivals Community Charity Showdown event on December 19 was all about, as some of the best professional players around styled on their fellow competitors. 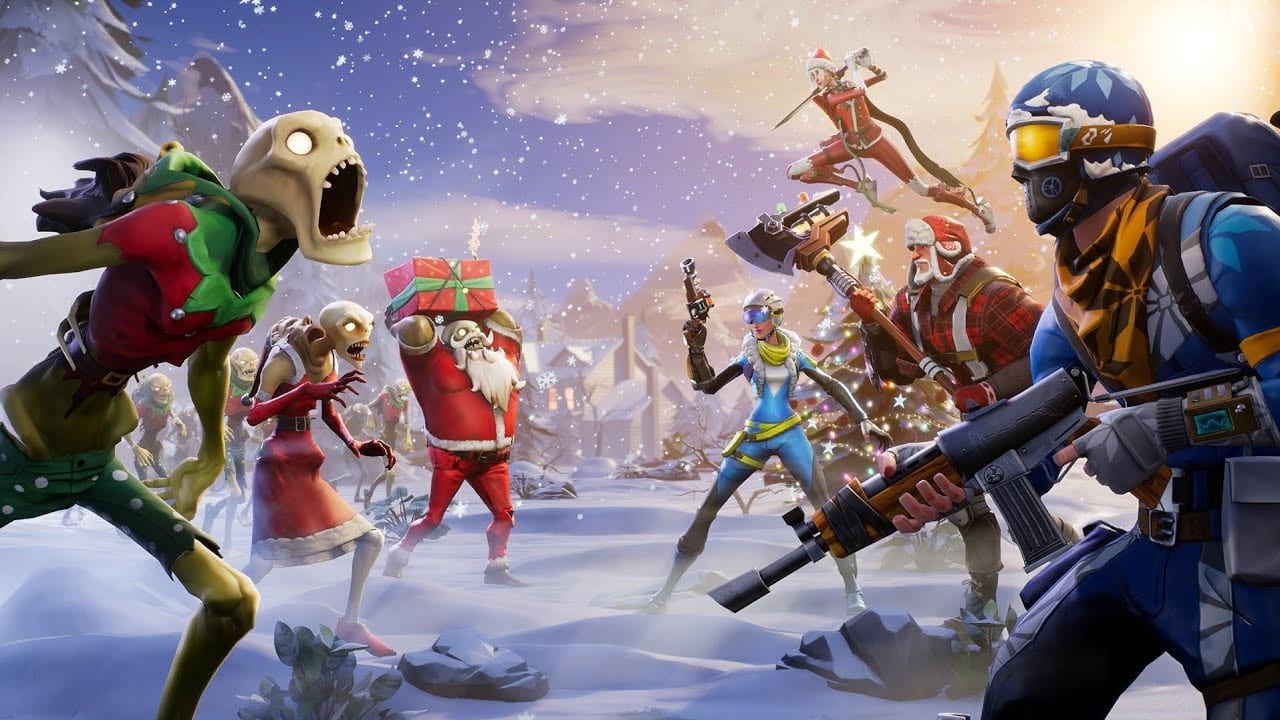 Fortnite pros battle it out in some insane final moments during their competitive matches.

It was Team Zayt – made up of Zayt, Zyfa, casqer, and mayo – that took home the top prize of 125,000 for their charity. The line-up managed to score 121 points, giving themselves a 42 point gap ahead of Team Hippiehabitat in second place.

Team Liquid partners Bizzle and Chap were split into their own respective teams for the event, as Bizzle managed to pip his teammate’s squad to third place with 66 points to Chap’s 55.

Popular Fortnite pro Turner ‘Tfue’ Tenney only managed to come in at eighth as a part of Team americandad, grabbing $20,000 for their charity. Yet, everyone managed to score some cash, as the team’s who finished 11th-20th took home $5,000 each. 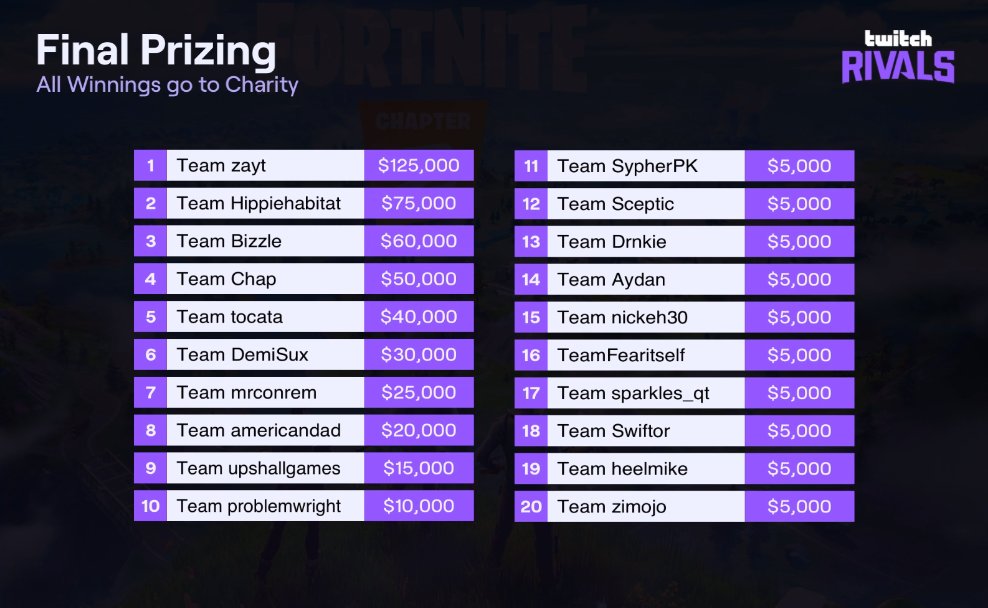 With the Twitch Rivals event concluding, the focus of the competitive scene will switch towards the upcoming Winter Royale – which has seen it’s initial $15 million prize pool given a boost.

The event will have three separate tournaments, each with different scoring methods. It’ll run from December 20-22, meaning players haven’t got much time left in their practice if they want to scoop up a big portion of the cash.