The Fortnite Battle Royale map is now being drowned with the loud noise of sirens, which have begun to sound ahead of the highly anticipated ‘The End’ event and the launch of Season 11.

With Season 11 now just around the corner, things have begun to happen on the Fortnite map that are setting up for the end of Season X.

According to an overwhelming amount of leaks and rumors, the transition between the two seasons will be marked with an in-game event called The End.

The latest clue towards this mysterious event are loud warning sirens that started blaring on October 10, three days before the new season is scheduled to go live.

These sirens are concentrated in the area surrounding Dusty Depot, and can be heard when looking directly a the massive rocket launch pad that’s being built atop one of the warehouse buildings.

What does this mean for The End and Season 11?

The emergence of these sirens is a clear indication that the rocket on top of Dusty is primed to launch soon, especially considering how similar they sound to the rocket launch that occurred back in Season 4.

While the role of the rocket in The End won’t be known until the event actually begins, it will likely have something to do with the map, since most of the leaks and season-ending hypotheses come to the general conclusion that the map will be changed from its current state.

Either way, the transition between the two seasons is expected to be a big one, and there is a very good chance that, come Season 11, the map will look a lot different that what everyone’s been accustomed to seeing in Fortnite. 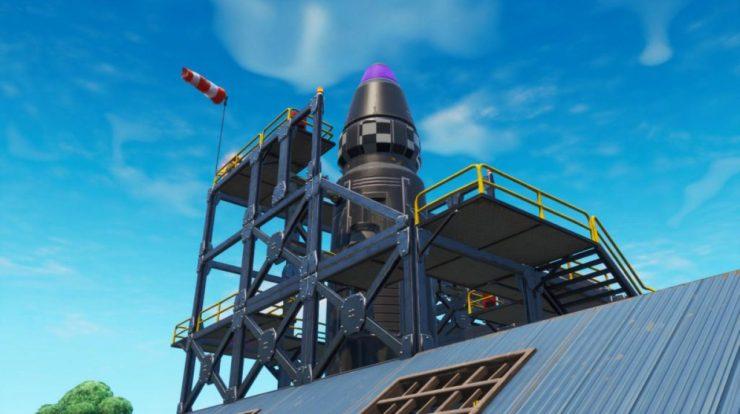 The rocket atop Dusty Depot is primed to launch, and knock Fortnite into Season 11.
[ad name=”article5″]

Despite these alarms, the floating countdown at Dusty, and the multitude of leaks, The End event hasn’t actually been directly confirmed in Fortnite.

That said, Donald Mustard, the Worldwide Creative Director at Epic Games, put out some cryptic tweets on October 10, which turned out to be the transcriptions for the voice recordings left by the mysterious Scientist throughout the map.

The final recording actually made reference to the event’s name: “If they are correct, it will be the end.”

And while that may not be a confirmation, it’s probably more than enough evidence that the data-miners got the name right, at the very least.

‘Activate the beacon at precisely the moment this timer reaches nothing.

The Zero Point must be contained once more.

If They are correct, it will be the end.’

Epic Games have confirmed that Season 11 will kick off sometime between October 13 and 14, which is when Season 10 is scheduled to wrap up.

Make sure to keep up with all of the developments surrounding the transition by visiting our The End event info and leaks page.