Ninja was playing solo matches on the popular battle royale franchise, when he was killed by a player using a grey burst rifle from close range.

After checking his stream, Blevins discovered that the player was using a controller, and stated that he felt it shouldn’t be part of the game on PC.

“Controller auto-aim dude. I totally disagree with it, I don’t think it should be in the game. If you plug in a controller to a PC, have fun, there should be no aim-assist.” 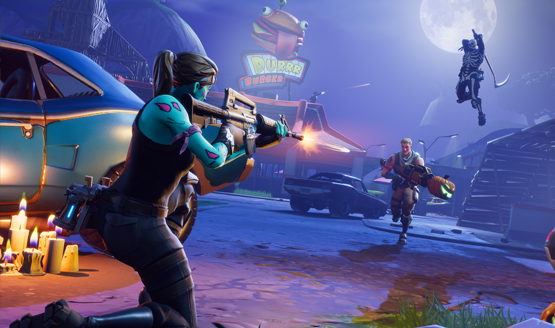 Ninja thinks aim-assist should be removed to make it harder for players who use a controller on PC Fortnite.
[ad name=”article2″]

NICKMERCS, who regularly plays with a controller, disagreed with Ninja’s sentiment, stating: “Anybody with a brain – they know that controller players, in the grand scheme of things, are at huge disadvantage when it comes to the game of Fortnite.

“If you guys think that because of aim-assist and the recent changes to building that we’re now at an advantage? I don’t know, I don’t understand you guys.”

Kolcheff believes that if Ninja were to compete in the Fortnite esports scene, he may change his mind, saying: “No offence to [Ninja], he doesn’t play in any of the big tournaments. Maybe he should play a couple tournaments and see what it’s like because it’s just not the same.

“The way these pro PC players move and how fast they can do things, there’s only so much we will ever be able to do to keep up with that,” concluded the American.

While NICKMERCS believes he is at a disadvantage when using a controller, his incredible skill with the peripheral always sees him place highly at tournaments, with the 100 Thieves member finishing ninth in the Fall Skirmish.

There are currently no official plans from Epic Games to remove aim-assist from players who use controller on PC, so Fortnite fans can rest easy knowing they won’t have to make the switch to keyboard and mouse just yet.