Fortnite Season X brought back Dusty Depot and it looks like that’s not all as a set of leaked challenges revealed other POIs possibly making a return such as Tomato Town, Greasy Grove, Risky Reels, and more.

Leaked challenges are nothing new in Fortnite but this time they are hinting at something much bigger as many fan-favorite points of interest appear to be making a comeback.

If you’re waiting for a return of Season 3, like the OG you are, then you’ll love what these challenges are hinting at, since nearly everyone location could be making an appearance once again. 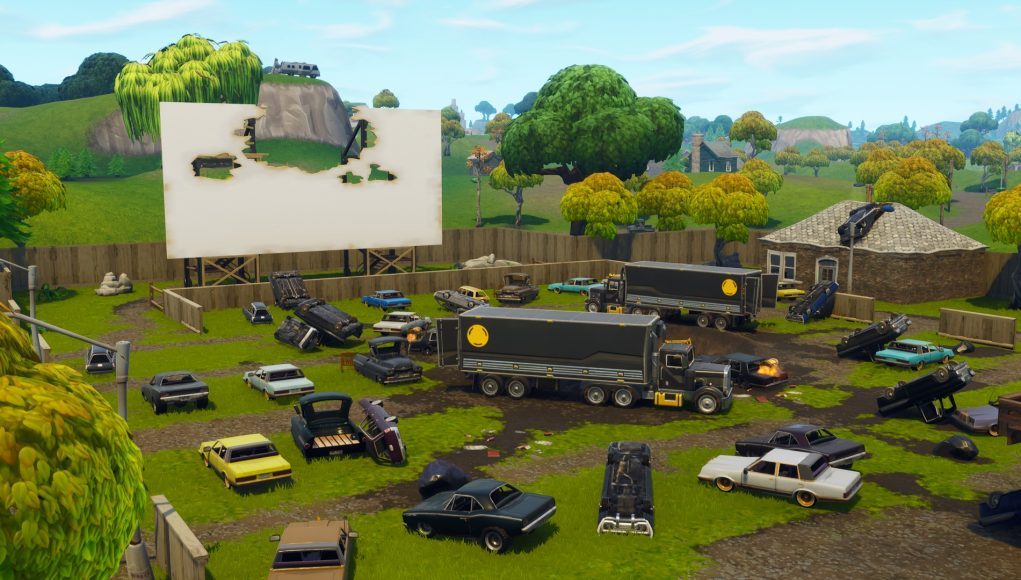 According to well-known Fortnite leaker HYPEX, challenges that require you to spray vehicles in certain locations will bring you back to previous locations that have since left the game.

Bringing old locations back fits perfectly with the theme of this new season as we’ve already seen Dusty Depot come back and Neo Tilted transform into something from the 1800s.

There’s no telling for certain when these locations would come back and if they will be permanent when they do.

Epic Games might be appealing to long-time players who have grown nostalgic for the old locations. Tilted Town came into the game in a special bubble so it’s possible the other ones could be introduced in the same way.

New challenge was added in season 10 called "Quest_BR_SprayVehicles_DifferentLocation" it's a placeholder i think, and in it it has all the POIs where you need to spray, GUESS WHAT, me & @xkleinmikex found these!!! (Also flush factory & tomato town) pic.twitter.com/jiP8vPO9j3

So far we have Tomato Town, Greasy Grove, Risky Reels, Flush Factory, Moisty Mire and Anarchy Acres all set for a return at some point during this season.

This would mean some of the locations that are currently in the game would have to be replaced, which might indicate some popular spots will disappear.

All of this information has come from leaks so far so it’s too early to tell for certain if any of this will happen.

Until we have official word from Epic Games, take this with a grain of salt. HYPEX has been on the money in the past but better to be safe than sorry.