After Epic Games confirmed there would be an area where players can’t build or harvest materials on the Fortnite Season 10 map, one upset player was left with no choice but to wolf down a Playstation gift card.

According to the Season 10 patch notes, Tilted Town replaces Neo Tilted and there’s no building or harvesting allowed in the area – which players are notified of when they enter.

The wild west-themed town tells players “welcome to Tilted Town. No buildin’, no breakin’,” when they pass through the bubble surrounding it. 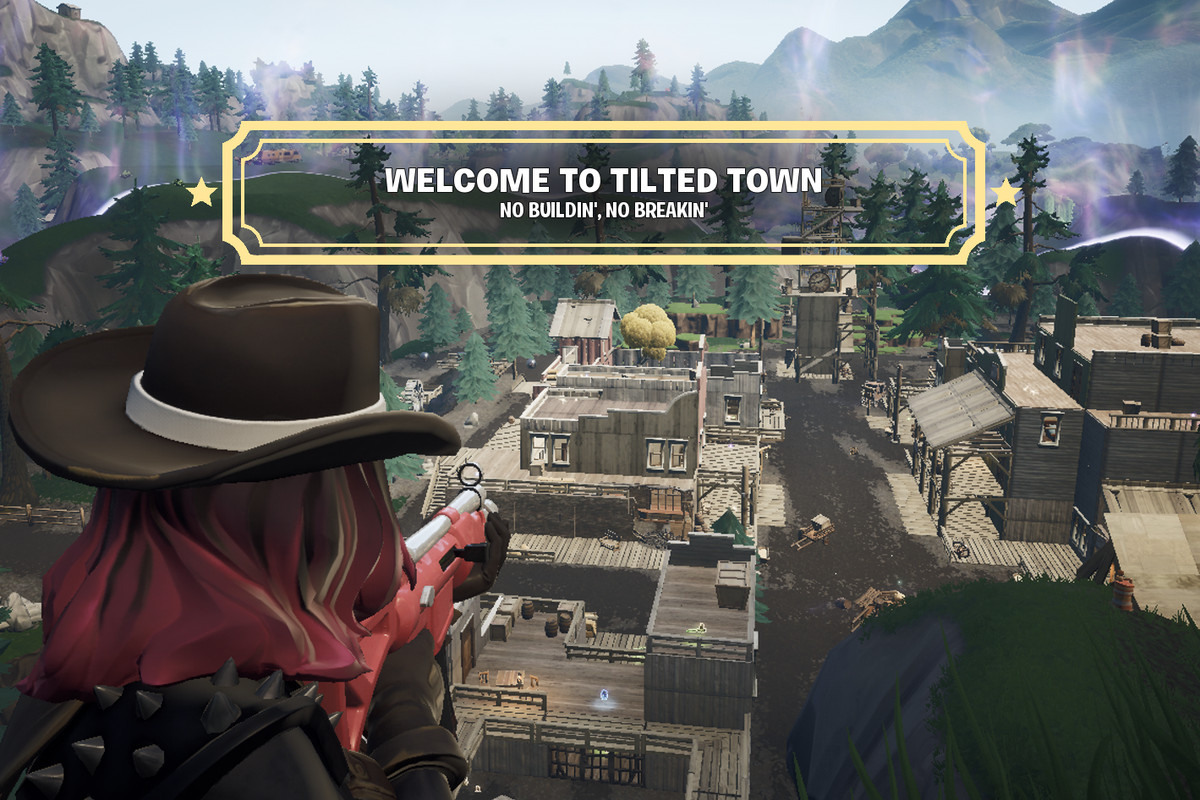 A man of his word

Apparently, Reddit user AuraxisKnight promised to eat a Playstation gift card if Epic ever added a no-build area to Fortnite and with the Season 10 patch his time had finally come.

Not one to back out on a promise, Auraxis posted a video to Reddit documenting his snack for the Fortnite world to see.

As he takes a bite of the card, you can almost hear his orthodontist crying out in pain and it probably doesn’t taste the greatest either.

You do have to respect Auraxis for following through with his promise that he made for whatever reason, hopefully he spent the gift card before ingesting it though.

What else is new in Fortnite Season 10?

Besides the apparently controversial Tilted Town, the new Automatic Sniper Rifle weapon will be available to players after the Season 10 update.

The weapon comes in Rare, Epic, and Legendary variants and it’s bullets travel faster than any other sniper – although that does come at the cost of a reduced-zoom scope, which should make hitting targets a little trickier.

Eating Playstation gift cards is probably not very healthy, so we can’t recommend it as a form of protest if you’re upset with the no-building zone.

For players who rely on their building to succeed, Tilted Town may be an area to avoid.