After months of uncertainty regarding the future of Fortnite’s Driftboard, Epic Games have finally announced that the item will be arriving in the popular battle royale title.

The Driftboard was first announced back in December 2018, and was scheduled to be included in the 7.10 Update for the game.

Fans were eagerly anticipating the arrival of the item, but just days before the patch released, Epic Games informed players that the release of the Driftboard had been delayed due to a bug that had been found involving the vehicle.

Since then, Epic Games have remained tight lipped about the Driftboard and its future in Fortnite, but after weeks of speculation, the developers have confirmed that the item will be making an appearance in the game at last.

Fortnite’s in-game news feed updated on Sunday, February 17 to announce that the item would be arriving in the game in the near future, but it appears that it won’t be a permanent fixture.

The announcement reads: “Mobility. Style. Flare. Put your own spin on the game with the new limited time Driftboard,” seemingly confirming that Fortnite fans won’t be able to zoom around the map permanently. 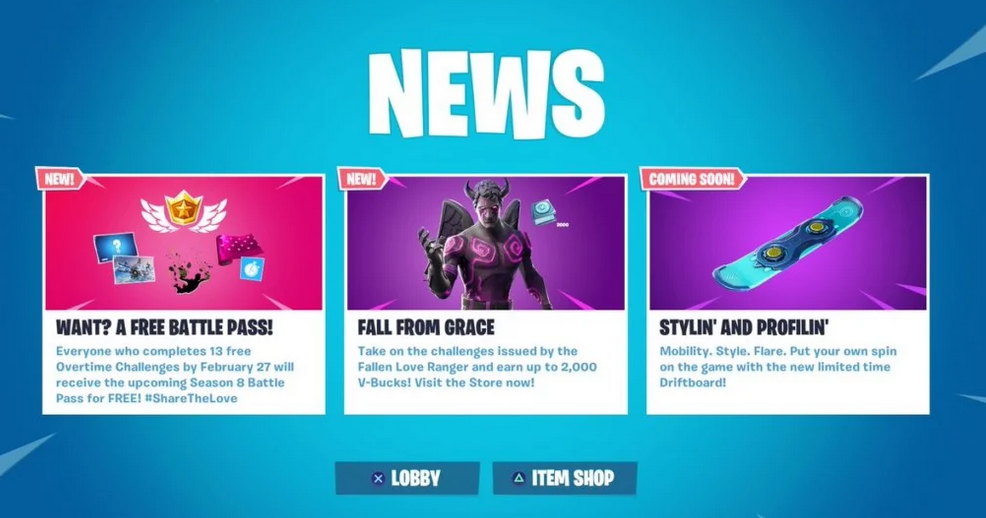 Thanks to some exploits in the game’s Creative mode, some Fortnite fans have already had a chance to have a go on the Driftboard, uploading footage that gives us a glimpse of what we can expect when the item finally goes live.

Data miners spotted a special limited time mode hidden in the V7.40 called Driftin’ LTM, which is expected to be where players can hop on the vehicle. It’s currently unknown if the item will be available in core game modes.