Fortnite squad kills world record broken for the second time in one night by FaZe Tfue, Cloak and co

It’s happened again! This time a European squad has smashed the record of Tfue and Cloak’s team. That’s three new world records in less than 24 hours!

Tfue took to Twitter to announce the new world record of 57 kills, and posted a picture to prove their achievement.

The image shows Tfue leading the scoreboard with an impressive 24 eliminations to his name. Cloak picked up 17 kills, ZexRow got a total of 13 and Kreo came in with three to tip the team over the edge. 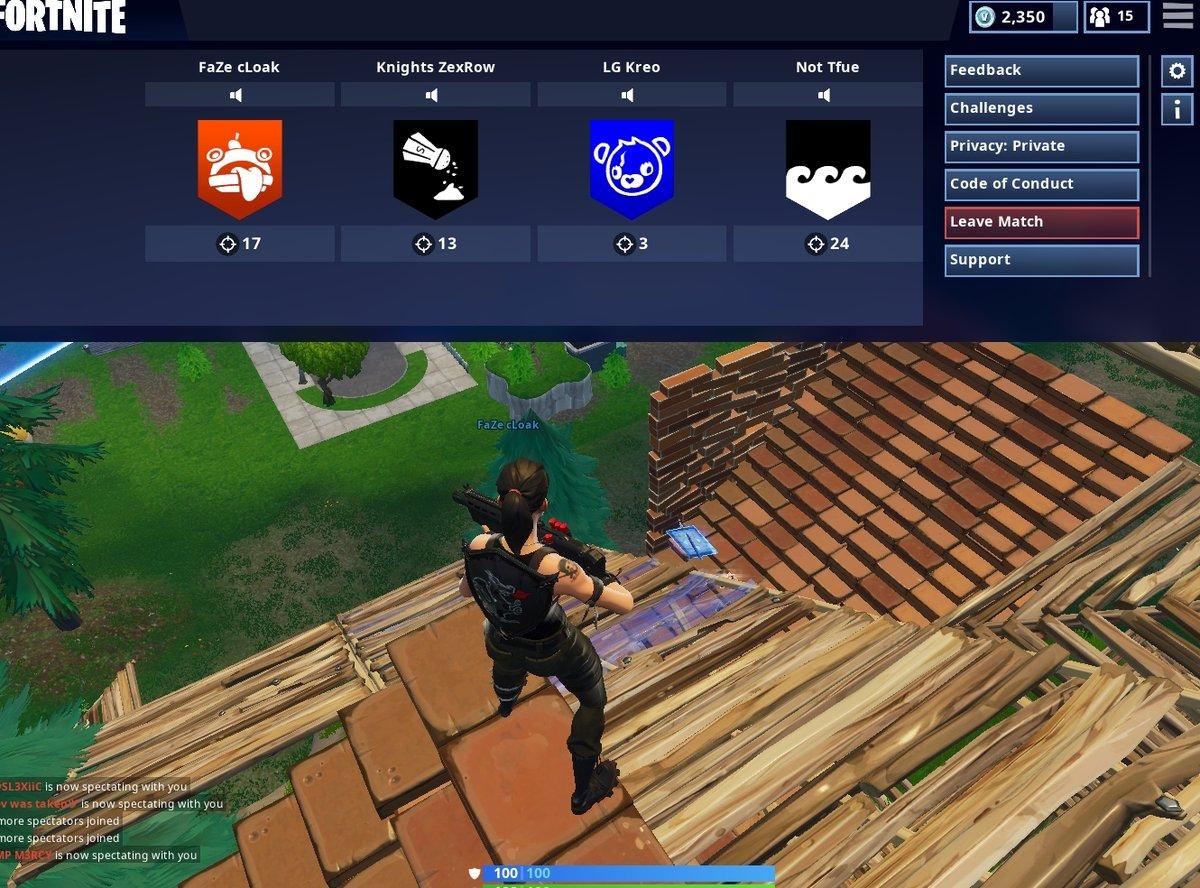 A squad consisting of FaZe Replays, FaZe SpaceLyon, NickEh30 and TurkeyLips managed to beat the ‘no team kill’ record of 54 eliminations earlier in the day by picking up a total of 56 kills while playing their weekly Fall Skirmish ‘Squad Goals’ challenge.

The players were, naturally, ecstatic about the achievement but the record ended up lasting for only a handful of hours as Tfue and crew came along and went one elimination better!

The impressive new record is sure to give the players’ club, Rift Raiders a significant boost from their current fourth position in the ongoing Fall Skirmish competition hosted by Epic Games.

To be clear, this is a ‘no team kills’ record, which means that players have not taken advantage of the ability to get an extra kill by eliminating a teammate using the environment.

For a full list of all currently held world records in Fortnite, view our records hub here.