Unbelievably, the new world record set by SapceLyon and company has already been bested by a team consisting of Tfue, Cloak, ZexRow and Kreo!

The world record for Squads eliminations in a Fortnite match on PC has been broken, and it was done so during the Fall Skirmish competition series.

They beat the previous ‘no team kill’ PC world record of 54 eliminations, which was set by 100 Thieves’ pro Fortnite team earlier in September.

According to the final scoreboard, the elimination breakdown went as follows: Replays (18), TurkeyLips (16), NickEh30 (13), and SpaceLyon (9).

All four players tweeted excitedly about their amazing accomplishment, which was documented on both SpaceLyon’s and Replays’ streams. 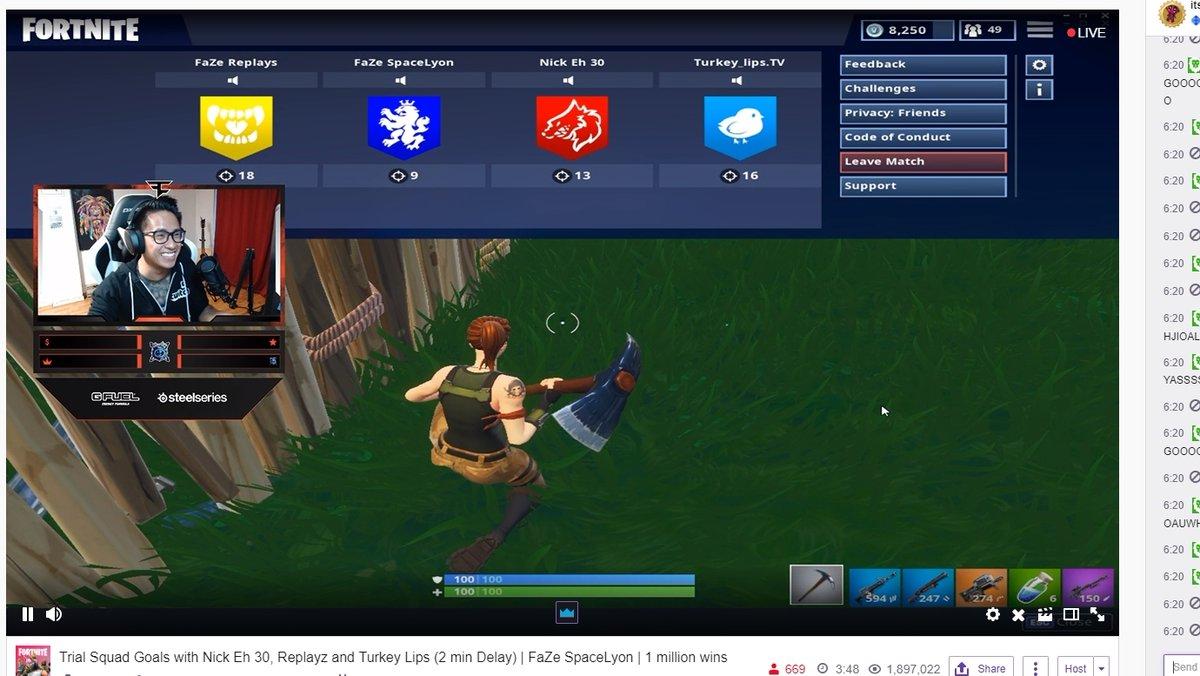 This record-breaking performance took place as the four were completing their weekly Fall Skirmish trials known as Squads Goals, in which players from the same Club team up to get as many eliminations as possible.

The 56 eliminations are sure to earn some serious points for the Lucky Llamas club, who currently sit in last place in the Club standings after week one, with just 275 points.

While other teams have managed to get 56 kills in a single match before, no one had done it without team killing prior to now.

Although friendly fire is disabled in Fortnite Battle Royale, teammates can still use the environment to eliminate each other and award themselves an extra kill.

Nowadays, world record bids with no team killing are prioritized over ones that exploit that glitch, which is why this group’s effort is the new PC Squads kill record.

For a full list of all currently held world records in Fortnite, view our records hub here.