The fifth week of Season 7 in Fortnite Battle Royale is upon us, and that means the Week 5 challenges went live on Thursday, January 3. Here’s everything you need to know.

Week 5 will once again provide players with three free challenges and four that are exclusive to owners of the Season 7 Battle Pass.

The official Week 5 challenges have now gone live and they appear to be identical to the ones that were leaked by data miners earlier in the week! 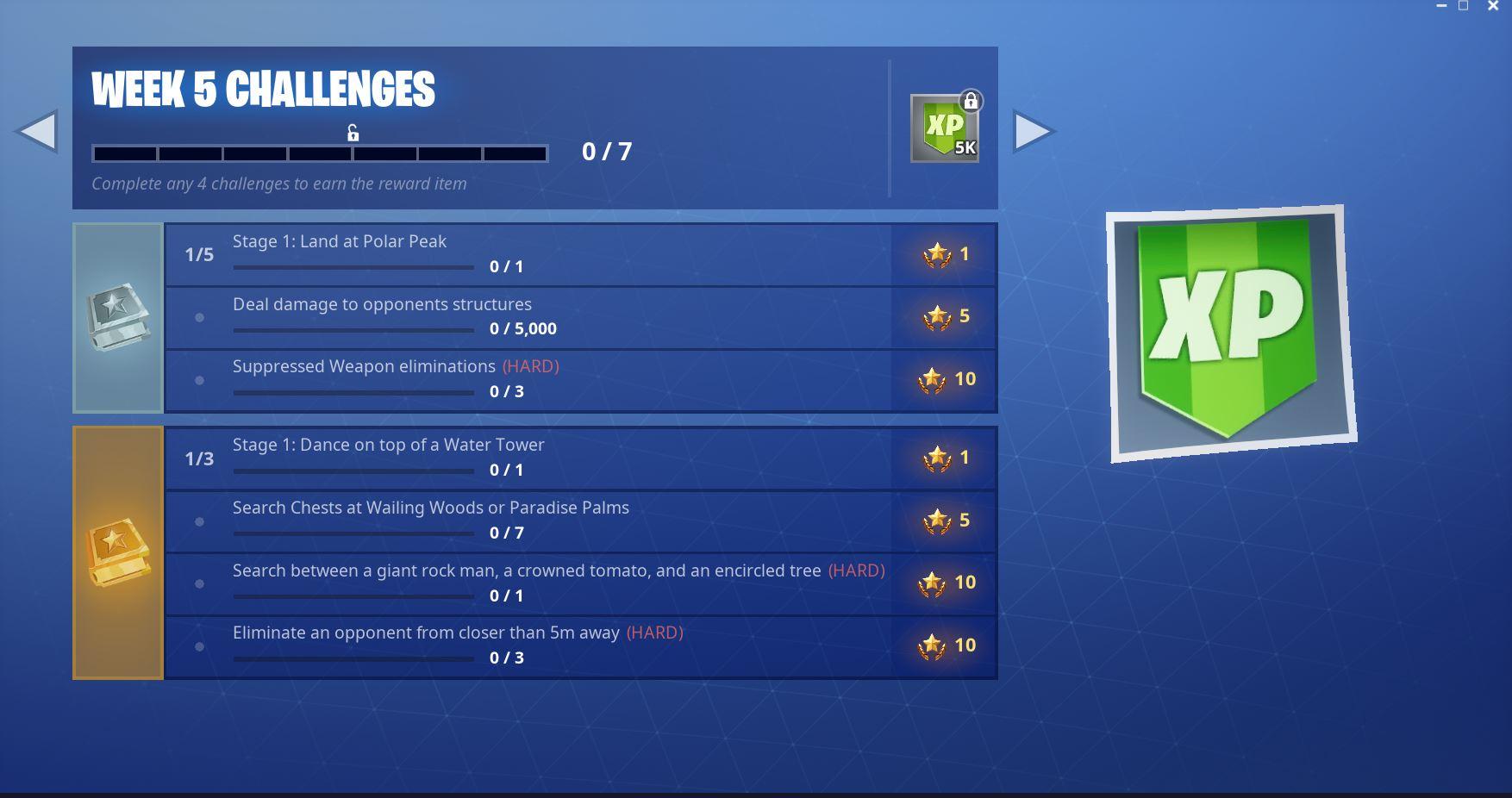 Epic Games have been known to switch some challenges out at the last minute in the past, so we wouldn’t have been surprised to see some changes, but that wasn’t the case. With that said, here’s what you’ll be facing for Week 5: 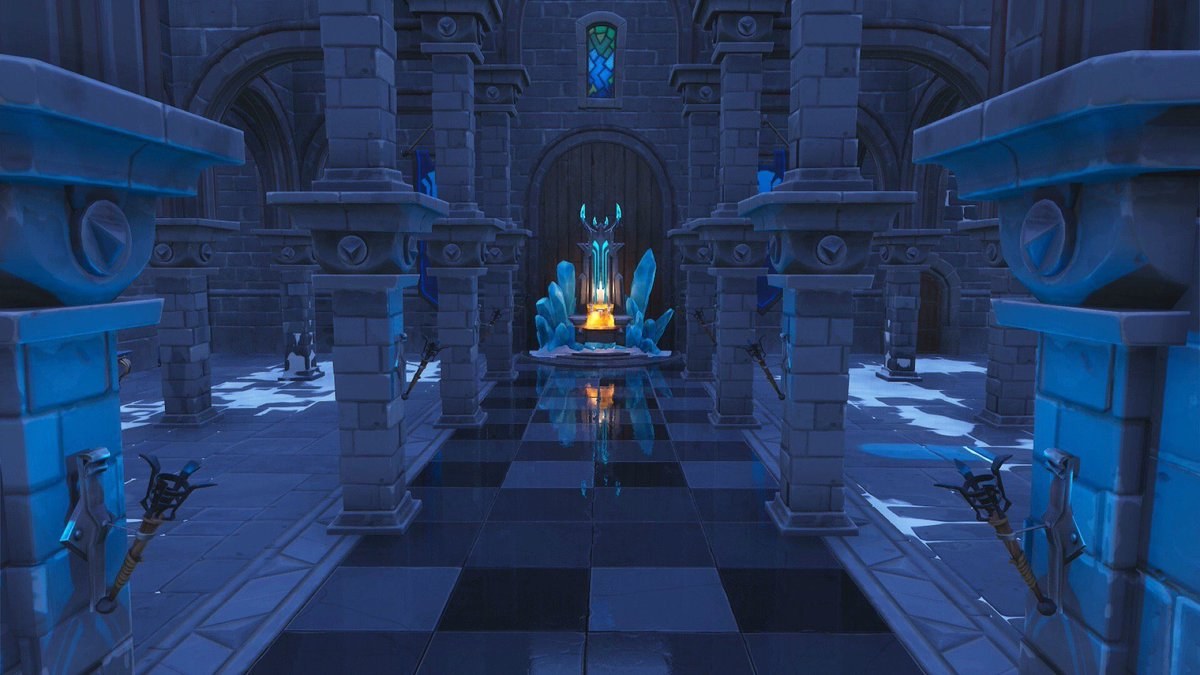 Polar Peak will once again feature in one of this week’s challenges.

The challenges look like they will be fairly straightforward, with two ‘stage’ challenges and yet another treasure hunt where you search for a battle star based off a cryptic clue. This week, you’ll be searching between a ‘giant rock man, a crowned tomato and an encircled tree’.

Here’s everything you need to know about completing all of this week’s challenges:

The Snowfall challenge returns for Week 5 of Season 7. To unlock it, you’ll need to complete all of the standard challenges for the week.

Once you’ve unlocked it, you can find out how to find the hidden Battle Star here.

This is a pretty straightforward challenge. Simply concentrate on shooting and dealing explosive damage to opponent bases whenever you get the chance.

Stage 1: Dance on top of a Water Tower

The first of the stage challenges for Week 5 will ask players to dance on various towers around the map. Stage 2 will ask you to dance on a ‘Ranger Tower’ and Stage 3 will be on an ‘Air Traffic Control Tower’.

For locations for of all three stages, visit our in-depth guide here.

Eliminate an opponent from closer than 5m away

This challenge is appears fairly straightforward, but you might be surprised by just how close five meters is. Shotguns and pickaxes are probably your best bet for this challenge.

This one’s nice an simple – pick up three kills with any silenced (suppressed) weapon in the game! If you’re struggling, try to get an opponent’s health low using a weapon you’re more comfortable with, then switch to the suppressed weapon to deal the final blow.

This is another straightforward challenge, you just need to open a total of seven chests in Wailing Woods and Paradise Palms. You can open all seven in one location or split your time between the two.

As long as you land at one of the locations straight away, you’re almost guaranteed to find one or two chests for free.

Search between a giant rock man, a crowned tomato and an encircled tree

You’ll be looking for a battle star for this challenge and the information given in the clue should provide you with enough information to narrow down the area.

You can find the location and guide for the giant rock man challenge here.

The second of this week’s stage challenges will involve landing at various different locations after you jump out of the battle bus. There are five locations in total and you’ll need to land in this order:

We’ll be updating this post throughout the day with guides and information on how to complete each and every Week 5 challenge. You can also follow @Dexerto on Twitter for everything Fortnite related.