Fortnite: How to complete the 'Search between a Giant Rock Man, a Crowned Tomato and an Encircled Tree' challenge - Dexerto
Fortnite

Fortnite: How to complete the ‘Search between a Giant Rock Man, a Crowned Tomato and an Encircled Tree’ challenge

For the first time in a long time, one of the Fortnite challenges for Week 5 of Season 7 requires players to find a Battle Star that has been hidden on the map.

The clue for his week is to “Search between a Giant Rock Man, a Crowned Tomato and an Encircled Tree.” This cryptic clue is actually more specific than you might think at first glance.

To work out where the Battle Star can be found, you simply need to work out the intersection between the three locations that have been described.

You may have already worked out one, or all, of the locations described. Perhaps the most recognizable point of interest is the ‘Crowned Tomato’ at Tomato Temple. Once you begin to inspect the area around it, you’ll also see the other spots that are discussed.

The exact location for the star should be on the outskirts of Tomato Temple, on the line between G4 and H4 (look for a dry/dead patch of grass). If you’re still struggling, we’ve marked the spot on the map below. We’ll update this post with more information when the challenges go live on January 3. 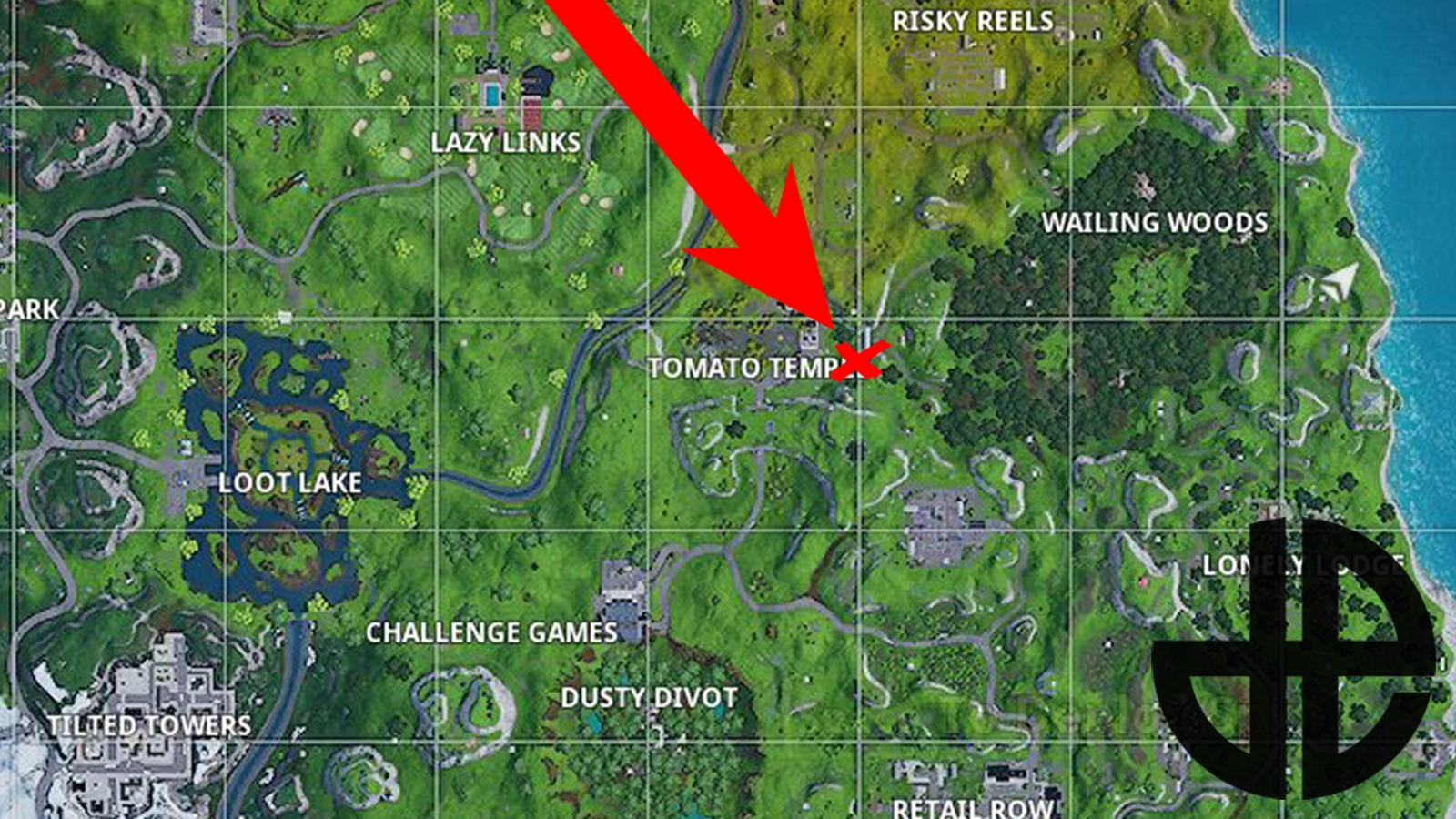 The star should be on a dead patch of grass on the hill.

Once you arrive, the Battle Star should appear. Simply collect it in order to complete the challenge but don’t leave the game until you’ve been eliminated or won the match. Going back to the pre-game lobby too early could result in the challenge progression not being saved.

Once you complete all of the Season 7, Week 5 challenges, you’ll unlock the Week 5 Snowfall challenge and loading screen. This week, you’ll be finding a Battle Star that grants you a free Battle Pass tier when collected.

If you’re still struggling, you can see a video tutorial from ‘HarryNinetyFour’ on YouTube below.