Fortnite Season 6, Week 8 challenges and how to complete them - Dexerto
Fortnite

Fortnite Season 6, Week 8 challenges and how to complete them

Believe it or not, Season 6 in Fortnite Battle Royale has already entered its eighth week, meaning that the Week 8 challenges went live on November 15.

As has been the case throughout the season so far, Week 8 provides players with three free challenges and four that are exclusive to owners of the Season 6 Battle Pass.

The official Week 8 challenges have now gone live and they’re virtually identical to the ones that were leaked on November 14.

You can see the official challenge list in the image below. 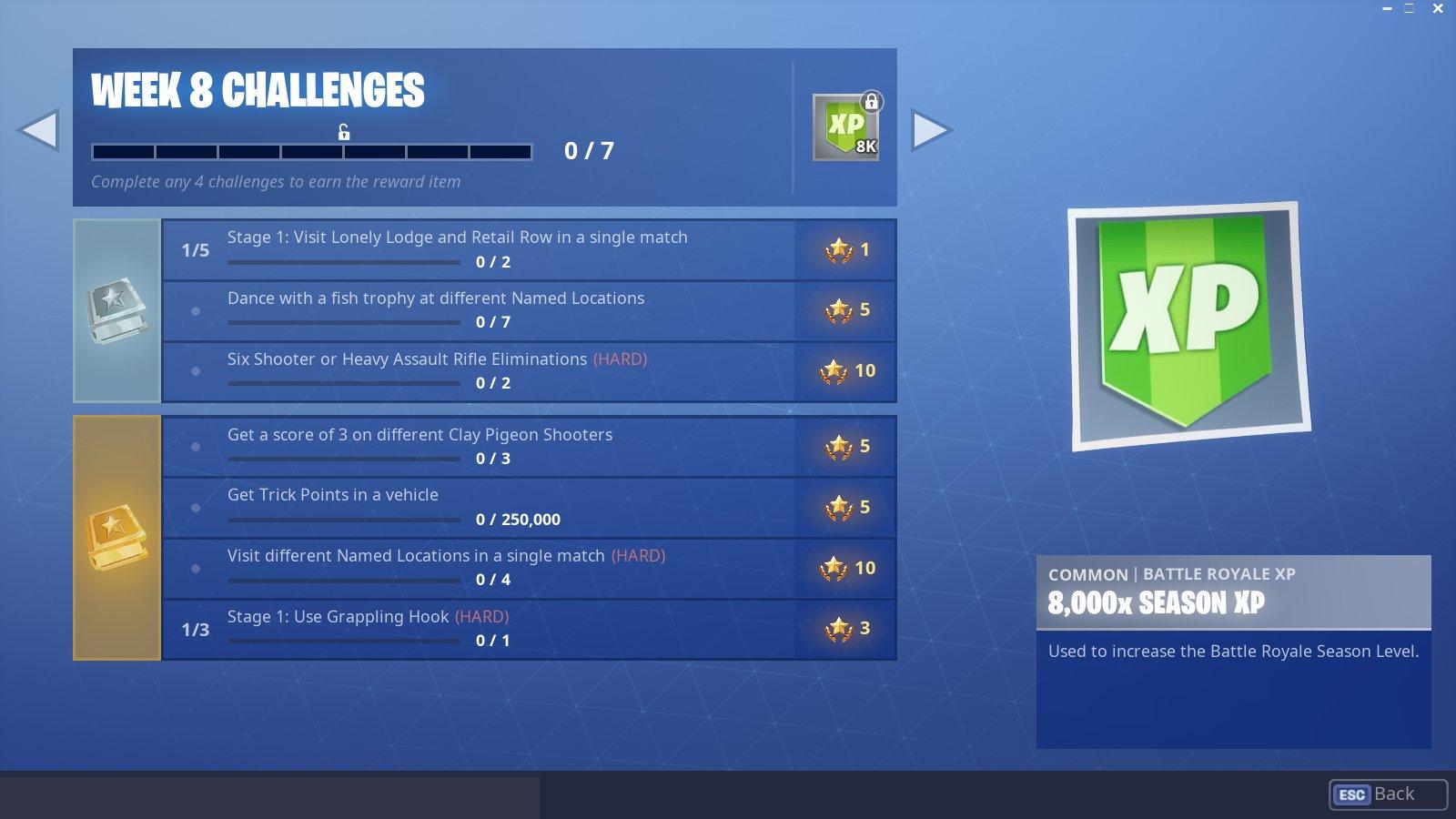 The challenges look significantly more interesting than most of the weeks that have come before in Season 6, so you should have some fun working through them!

The official Week 8 challenges are as follows: 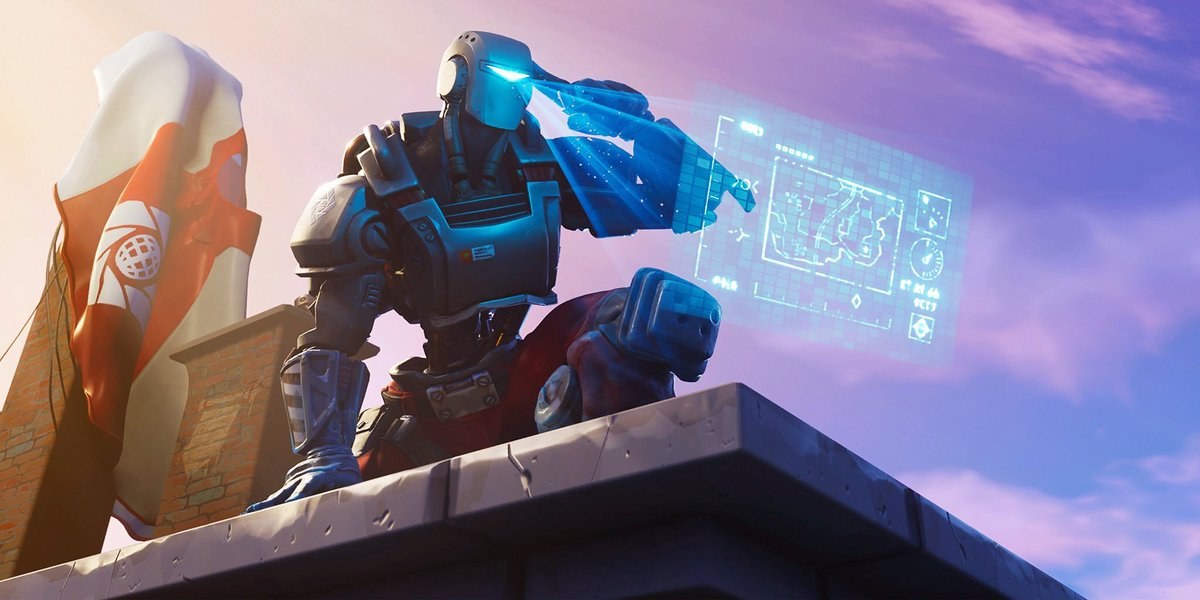 The Week 8 Hunting Party screen shows the A.I.M skin shortly after landing on the map.

The weekly Hunting Party challenge returns for its eighth installment and this week you’ll be looking for a Banner!

For more information, check out our in-depth guide.

As this is a stage challenge, you’ll need to check back when the challenges have been live long enough for us to play through them!

Dance with a fish trophy at different Named Locations

Probably the most enjoyable of this week’s challenges – you’ll need to find seven different fish trophies and use your favorite dance emote in front of them.

You can find all of the fish trophy locations that we are currently aware of in our in-depth guide.

To complete this one you’ll simply need to eliminate a total of two enemies with the Six Shooter or Heavy Assault Rifle. As both weapons were recently added to the game, this one should be a lot of fun.

If you happen to be struggling, we’d advise playing a few games of the Disco Domination LTM where you’re more likely to catch opponents off-guard.

Get a score of 3 on different Clay Pigeon Shooters

The first of this week’s Battle Pass challenges asks you to score three or more at three different clay pigeon locations.  The clay pigeon shooters have been on the map for quite some time now, but you can find them all in our guide if you’re struggling.

Get Trick Points in a vehicle

Another returning classic, we expected to see the wording changed for this challenge so that you would have to use one particular vehicle, but it looks like they are all fair game.

As easy as A, B, C. Simply make your way to a total of three locations that are named on the map (Tilted Towers, Lucky Landing etc.) in one match.

Check back for more information on each stage later.

The Fortnite Season 5 crossovers keep on coming. It’s been one hell of a ride so far, and it’s continuing with two iconic Terminator characters, T-800 and Sarah Connor, launching off the Battle Bus. Here’s how you can pick them up.

When will the crossovers end in Fortnite? Well, at this rate, maybe not even when Season 5 does.

Epic has really turned up the ante by working with a bunch of different franchises and dropping them on the island. From God of War to Star Wars to The Walking Dead, if you can think of a pop-culture franchise, it’s probably in Fortnite.

Now, Terminator can add itself to that list. You can now drop out of the Battle Bus as either T-800 or Sarah Connor. You can even live the movies out yourself, trying to chase Connor as a T-800, or save Earth.

A machine that will never stop.

Sarah Connor and the T-800 are the newest Hunters to arrive on the Island. Grab them in the Shop now! pic.twitter.com/l02H66LjTZ

There’s nothing special you have to do to get the Fortnite x Terminator crossover skins. All you need is a little bit of cash to splash.

You will also get the exclusive T-800 Endoskeleton Arm and HK Skynet Uplink backblings, as well as the Combat Knife pickaxe if you buy the Future War Bundle, so it’s definitely the best value for money out of the bunch.

It’s unclear when the crossover skins will depart the Item Shop, so get in quick. They may never “be back.”