The secret Banner is back for Week 8 of the Hunting Party in Fortnite Battle Royale, meaning there’s a free Banner tier waiting to be added to your inventory! Here’s everything you need to know about finding it.

The Hunting Party is an ongoing bonus challenge that began at the start of Season 6 and awards players that complete all of the weeks with a mystery skin when they complete a total of 7 weeks.

That mystery skin was confirmed to be the A.I.M outfit during Week 7 and there’s a good chance that some of you will already have unlocked it, but the Week 8 challenge is still worth completing.

As has been the case on alternating weeks throughout Season 6, the Battle Star has been switched out for a Banner for Week 8, so there’s no free Battle Pass tier this week but you will still get to add something new to your inventory.

As always, the hint for where the item can be found is included in this week’s Hunting Party loading screen. The Week 8 loading screen, which was leaked after the November 14 v6.30 patch, can be seen below with the hint circled. 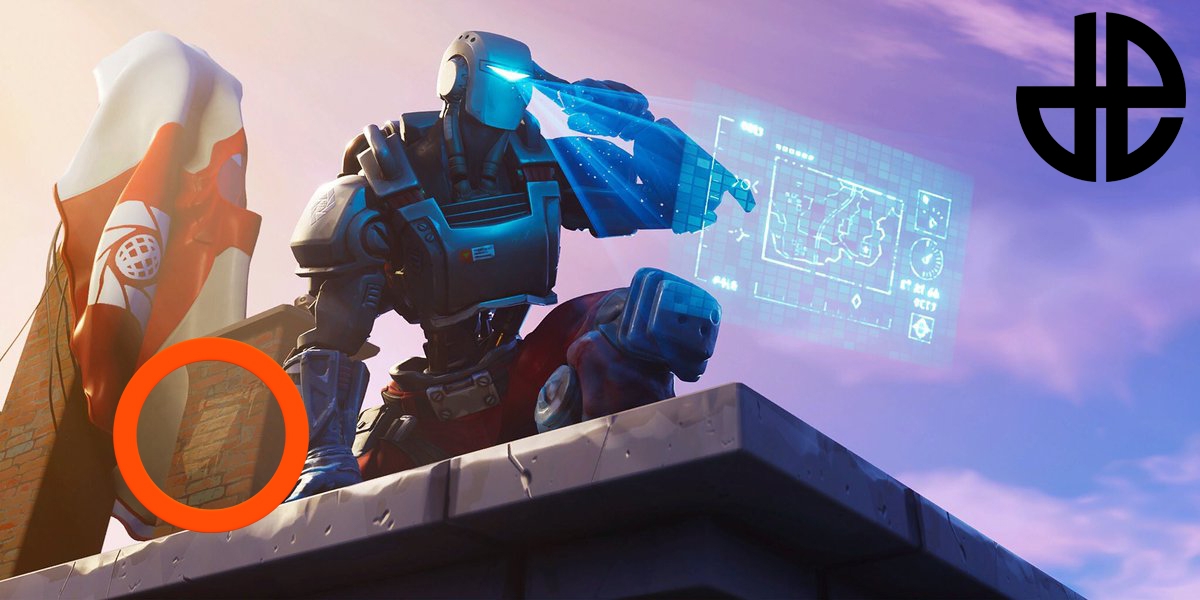 As you can see, the loading screen is heavily focused on the A.I.M skin inspecting some sort of holographic image, but the clue for the challenge is actually behind him on the chimney!

This means that the Banner should be located on the roof in Flush Factory where the skin originally landed (right next to his parachute).

Once you’ve completed all seven of the standard challenges for Week 8, the Hunting Party challenge will be unlocked and the Banner should be available for collection.

Simply go to the location marked on the map below and the Banner should be located on the tallest roof. All you need to do is collect it! 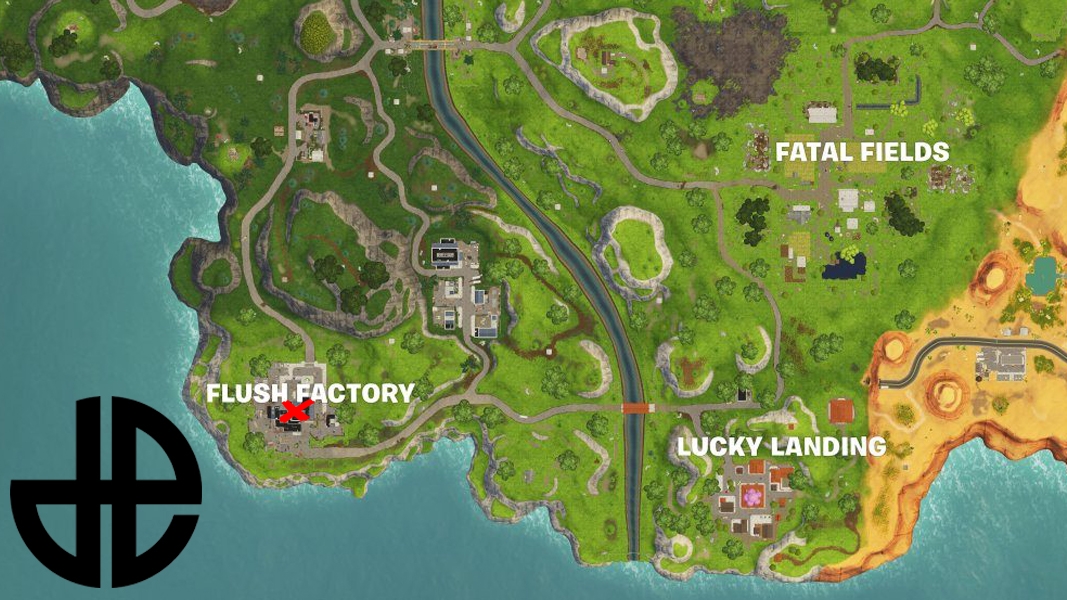