A new trick has been discovered in Fortnite Battle Royale that allows players to easily bait out opponents that may be hiding behind cover.

The method, posted on Reddit by user ‘Geerzy,’ involves the use of an emote, preferably one that features some sort of music and dance.

This trick works best against enemy players that are hiding within the confines of a box they’ve built around themselves, also known as “turtling.”

When you notice somebody in that type of situation, approach one of the walls of the structure and activate your emote, which will cause your character to begin dancing to some loud music.

One important thing to make sure of prior to emoting is that you have selected a the shotgun of your choice that you will use to blast the enemy player once he reveals himself on your screen. 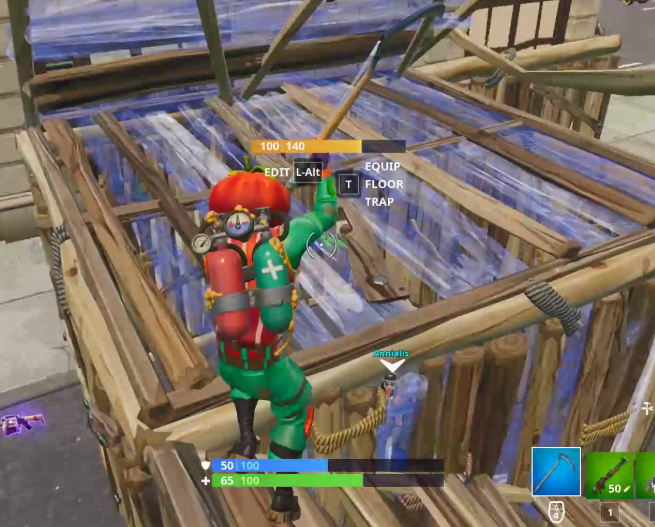 Turtling is an oft-used strategy by players who like to hide in the safety of their own box.

Once you begin emoting, the hiding player will more often than not be lured into a false sense of thinking that they could edit a window into their wall and shoot you before you can stop the emote and shoot back.

What most players don’t know, and what is perhaps the most crucial aspect of this trick, is that a player who is emoting can immediately take a shot with the weapon they had selected prior as long as they quickly aim down sights before the shot.

That is not the case, however, for the player who is editing in the window, because there is a slight but noticeable delay that occurs when players switch from the building interface to their weapon.

This means that, as long as your reactions are fast enough, you are guaranteed to get a shot off through the window faster than the player who just edited it in, which should be good enough to get the elimination at close range.

There are some important details worth paying attention to, such as the need to build your own box prior to emoting to ensure that no third party player can shoot your from the side or back.

This trick also serves as a good lesson for players in a box to not be too aggressive when an enemy player is trying to bait them out. Remember, the emoting player will always get the shot off faster than the one editing.