More and more leaks are being found on a daily basis that point to snow coming soon to the Fortnite Battle Royale map for the holiday season.

While Epic Games are sure to add some themed decorations and items to the map as they did last winter, players are expecting them to also go above and beyond this time around.

These theories and speculation have been fueled by numerous leaks and hints about snow, none more eye-catching than the large storm cloud that is floating over the map’s horizon.

After the release of the v6.31 update on November 27, some have discovered that the cloud is emitting a distinct sound that can be heard when looked at directly.

This is very reminiscent of the meteor from Season 4, which also made a sound that players could hear whenever they pointed their reticle at it.

At that time, during Season 4, player analyzed the noise via a spectrograph, which revealed an image of the ‘Take the L’ emote dance.

With this in mind, some decided to stick the storm cloud noise into a spectrograph, and low and behold, it revealed this image.

If the logo at the center looks familiar, that’s because you may have seen it before on this season’s Hunting Party Skin called A.I.M., as well as the parachute which the character used to land on the map.

This ties into and further supports the speculation that A.I.M. is somehow linked to the impending snowstorm, especially since its hands and feet appear to be frozen. 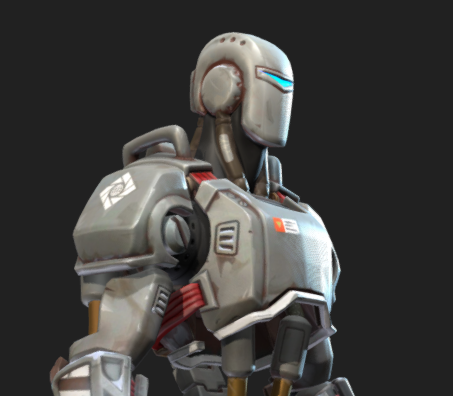 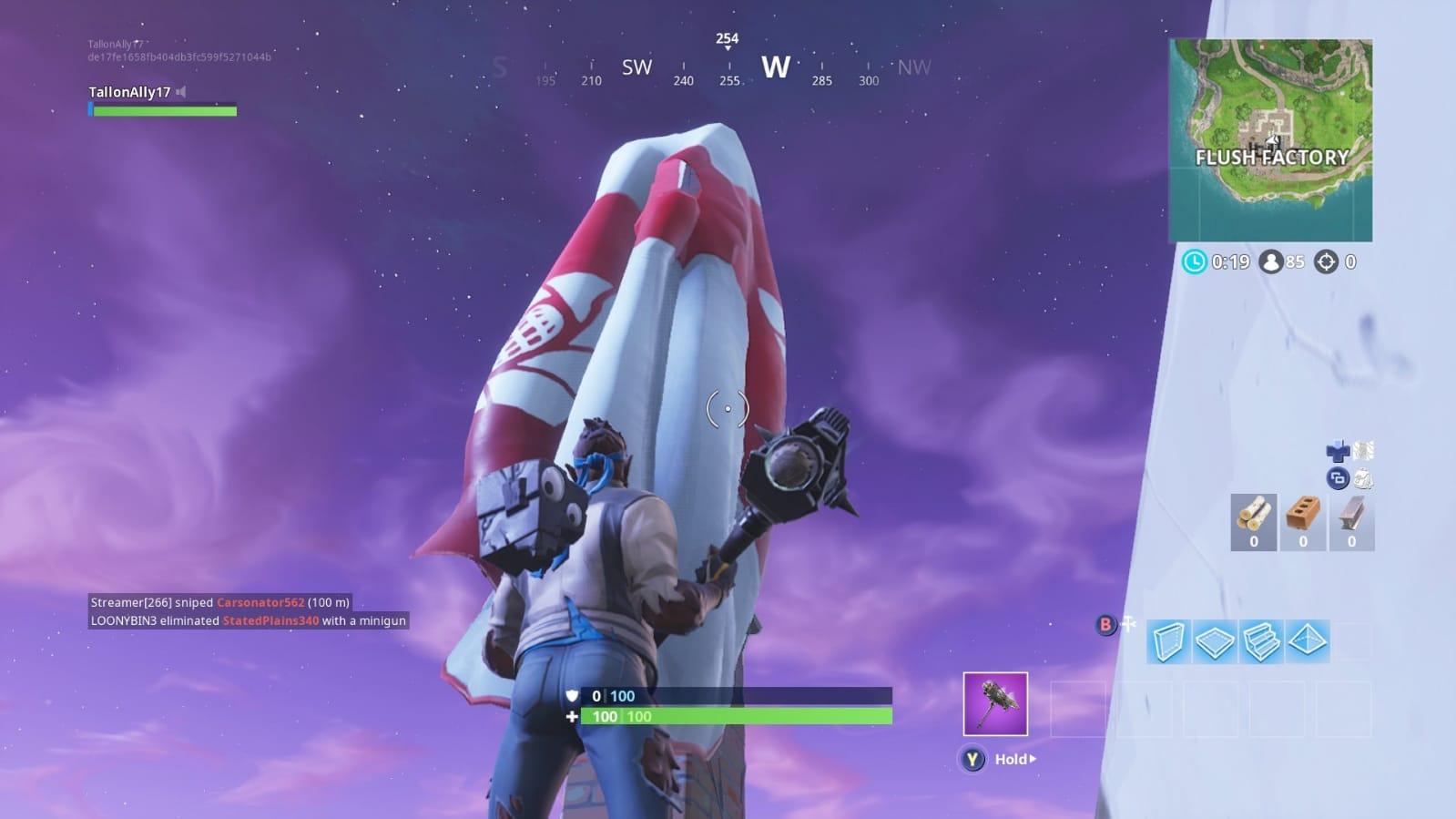 This wouldn’t be the first time Epic have used the real world to send out clues about what may be coming to Fortnite; many will remember a real-life replica of the Durrr Burger appearing in a California desert right before the start of Season 5.

While this tweet may have not been paid much attention to at the time, it makes a lot more sense when considered along with all of these other leaks and clues.

On another note, Twitter user @IrishTekkers went into Playground to better analyze the storm cloud and icebergs approaching the map, and he discovered that there was some sort of structure stuck in the ice.

There seems to be something on top like a building? pic.twitter.com/ufCJ4ve1nQ

All of this comes after more leaks were discovered right after the release of the v6.31 update, which added an effect to the way character’s breathed in-game. Close analysis of their breathing revealed a slight fog whenever a character exhales, which matches up with the ‘ColdBreath’ file found in game files.

While players are free to draw their conclusions from all of this, no one can know what’s coming for sure until Season 7 arrives, which is set to happen in the early days of December.

Until then, keep the leaks coming!