Fortnite Season 3
Dirty Docks has returned to normal on the Fortnite map after the water level has, once again, been knocked down a notch. Here’s everything you need to know about this set of map changes.

After Fortnite Chapter 2, Season 3 opened up with a water-filled map, many of the fan-favorite spots were taken away. Players had to reconsider their landing locations and rotations while water was at it highest point.

Over the course of the season, however, Epic Games have been decreasing the water level ever so slightly. In recent weeks, the water has been drained quite significantly, with spots like Risky Reels and Craggy Cliffs returning to their normal forms.

On July 27, the water level dropped yet again, and a few other spots are now viable to hit up. 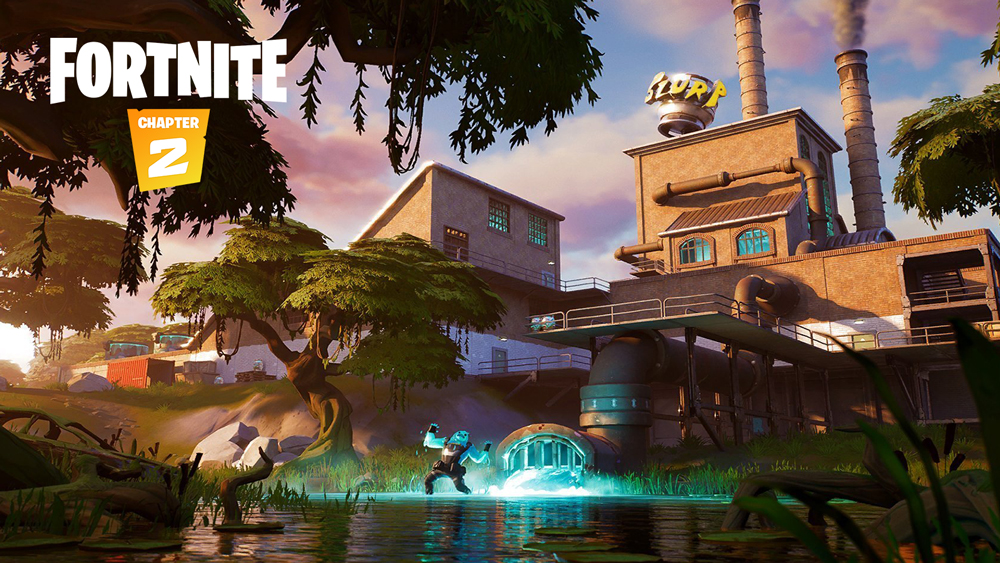 Slurp Factory is almost back too.

The main change following the water level update comes over at Dirty Docks. The popular landing spot had been rising from the water for a few weeks, but now, is it back to normal. You can head over there and plunder metal to your heart’s content.

On the other side of the map, Slurp Factory is almost at its normal form. It’s still got a bit of water lying around but if you’re after some free Slurp barrels, you can get it over there.

Sadly, the swamp where you could get free shields just by standing in certain parts is still affected by the water. You can’t go and sit under the exit pipe and rack up all the free shield you want.

Elsewhere, the Ancient Astronaut’s spaceship behind Craggy Cliffs in almost at surface level. It’s now much more visible underwater, but you can’t do anything with it.

The Shark has also changed quite a bit, but if you’re expecting plenty of looting there, don’t get excited. Like The Yacht, it’s very beaten up and lots of the chests and materials are missing.