Fortnite Season 8 is well underway and if you’re looking to complete the Week 1 challenges with ease, this cheat sheet map will save you a lot of time.

The new season, which kicked off on February 28 with a bumper new update, includes a number of big changes to the map including a brand new volcano as well as the introduction of a few new locations.

Of course, the kick off of Season 8 also brings a whole new set of challenges for all players to enjoy, and some exclusive ones for Battle Pass subscribers, as usual.

The map below, which was put together by squatingdog, uncovers all of the locations that you will need to visit in order to complete the first week of the Season 8 challenges.

These tasks will take fans to all of the new pirate camps, which are now dotted across Fortnite’s ever changing island, as well as the new volcano location and much more. 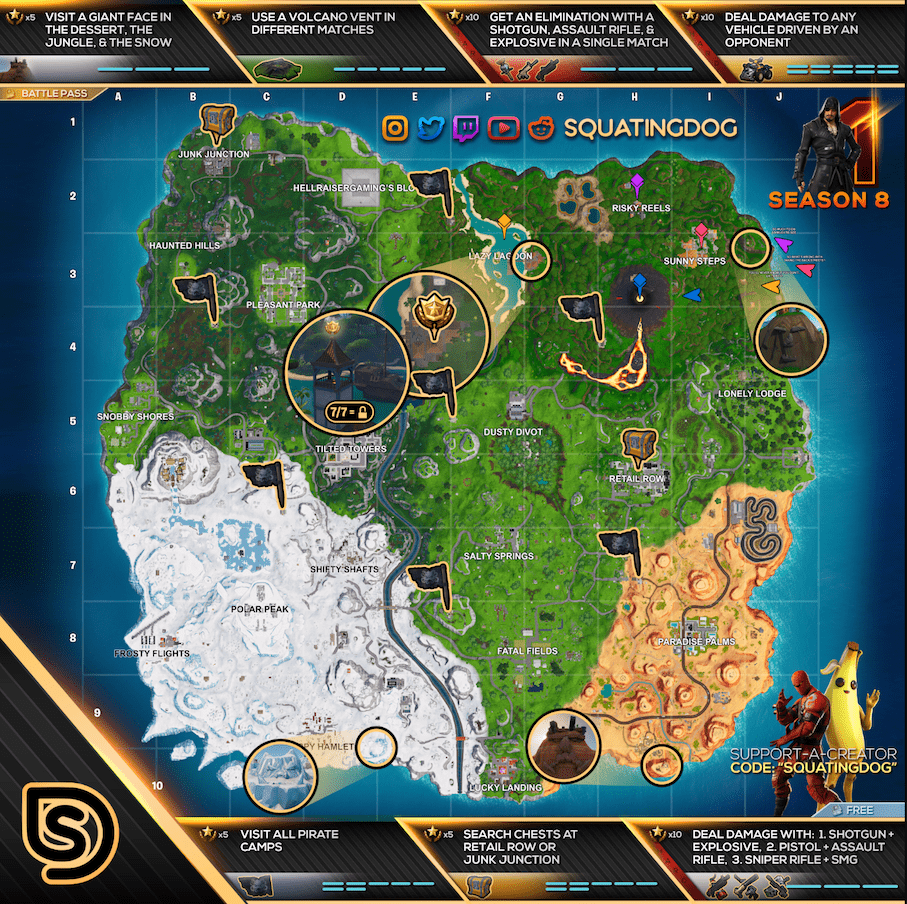 You might notice some very big changes, but that’s what new seasons are all about. While Season 7 was all about changing the landscape of the southwest side of the Battle Royale map, the northeast has experienced an incredible transformation.

Aside from the volcano mentioned earlier, Epic Games has replaced Wailing Woods with Sunny Steps and also moved The Block closer to Pleasant Park to make way for Lazy Lagoon – the first pirate inspired point of interest added to Fortnite. 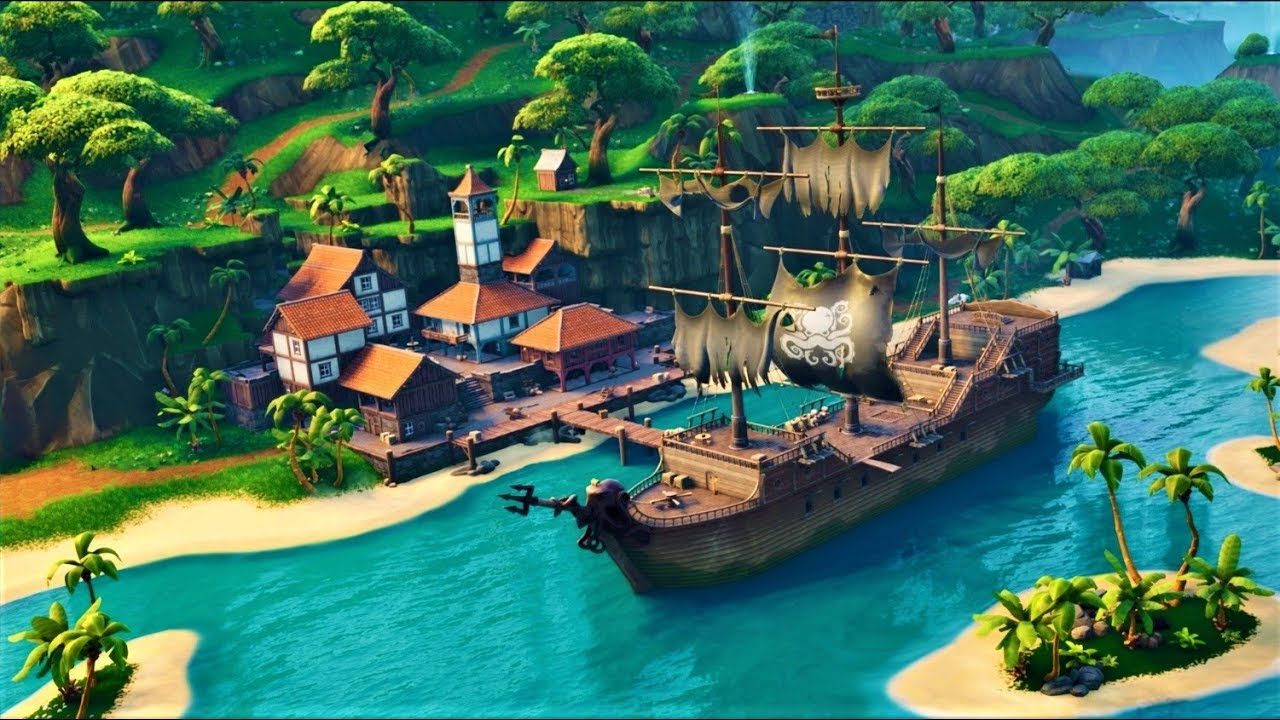 Lazy Lagoon, one of the new locations added in Fortnite Season 8.

Other tweaks to the game – including vaulted weapons, new features and a look at the new Pirate Cannon – can be found in the official patch notes, which were revealed on February 28.

This cheat sheet map will guide players towards some of that new content and make completing this week’s challenges so much easier.