Fortnite Season 8 Week 1 Challenges and how to complete them

Fortnite Season 8 has only just begun, but there’s no time to waste, as the week one challenges are already live – with lots of battle pass stars on offer.

Just like previous season’s, there are three challenges available to everyone, and a further four challenges that can only be completed by Season 8 battle pass owners.

What’s different though, is that the challenges hub in Fortnite has had a complete overhaul, making everything much more clear.

The new challenges hub in Fortnite for Season 8.

To kick off week one, there are lots of challenges which tie in with the changes to the map in Season 8.

With a volcano, and two new named areas (Lazy Lagoon and Sunny Steps), there’s a lot to do and see.

The first set of challenges are live now in-game and you can see them all below. 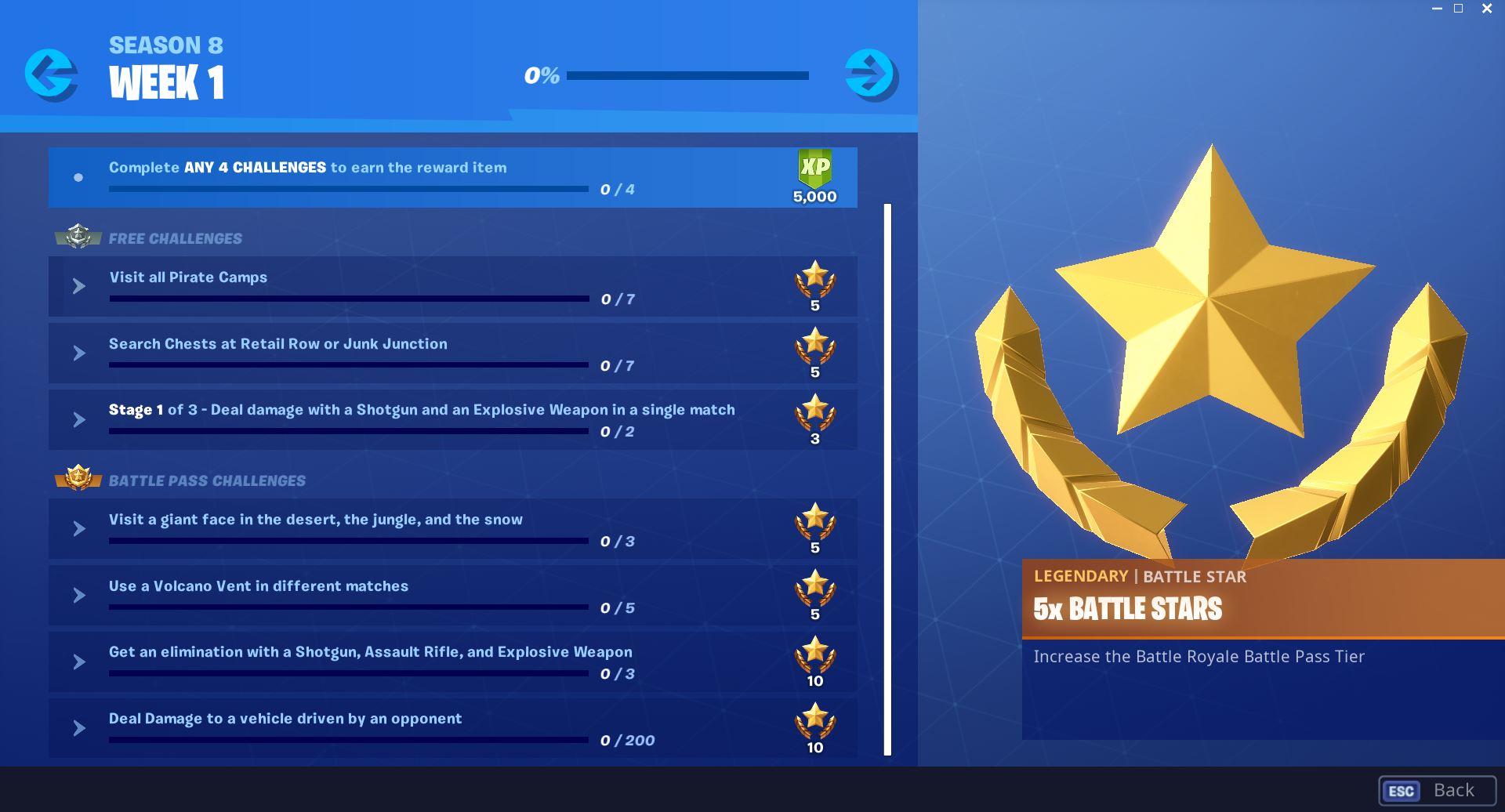 Some of these challenges are pretty straight forward, but a few will require some more time and effort.

Check out this full map with every location of the Pirate Camps in Fortnite. 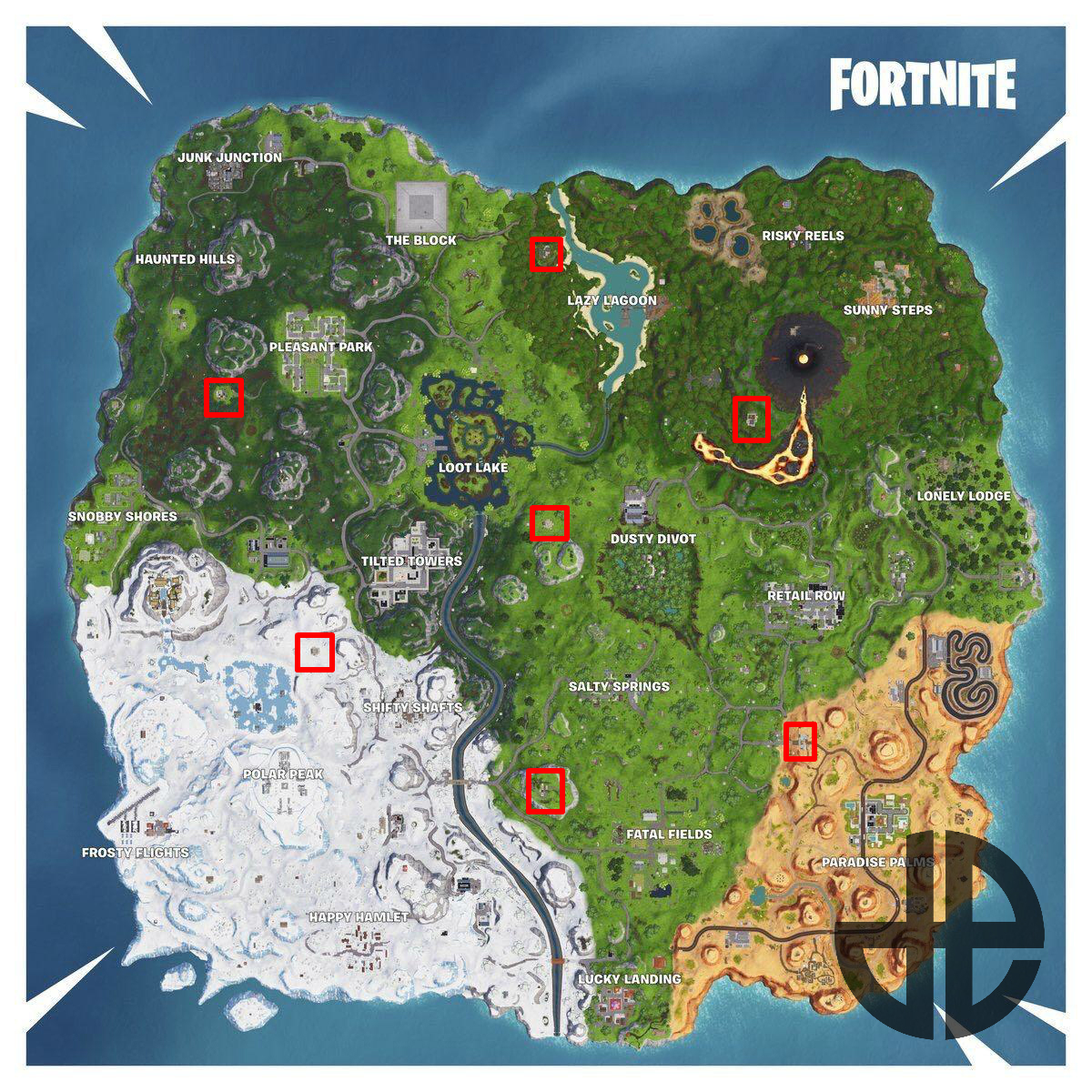 Nothing too difficult about this one, and you can do this all in the same match – if you’re lucky enough.

Stage 1: Deal damage with a shotgun and an explosive weapon in a single match

This is a staged challenge, with the second and third stages coming soon.

Visit a giant face in the desert, the jungle, and the snow

Things get a bit trickier with the first of the battle pass challenges – but we have a full guide for this challenge here.

Use a Volcano Vent in different matches

Unsurprisingly, you can find plenty of these Volcano Vent’s near the Volcano at Wailing Woods (or what used to be Wailing Woods).

Get an elimination with a Shotgun, Assault Rifle, and Explosive weapon

Similar to the staged challenge, you simply need to be on the lookout for these types of weapons.

Deal Damage to a vehicle driven by an opponent

This final challenge seems easy enough, but with planes now vaulted in Season 8, your options for enemy driven vehicles are somewhat more limited.