Users on the Italian version of Apple’s App Store have apparently found images that show “Fortnite Chapter 2” will be coming to the game as part of the Season 11 update, with a brand-new map included.

Fortnite Season 10 is winding down to a close, with a major event scheduled to take place on Sunday, October 13 involving a rocket and the mysterious Visitor character.

Now, Italian iPhone users have apparently found evidence that the game will be entering its ‘second chapter,’ with new artwork added to the App Store ahead of the launch of Season 11. 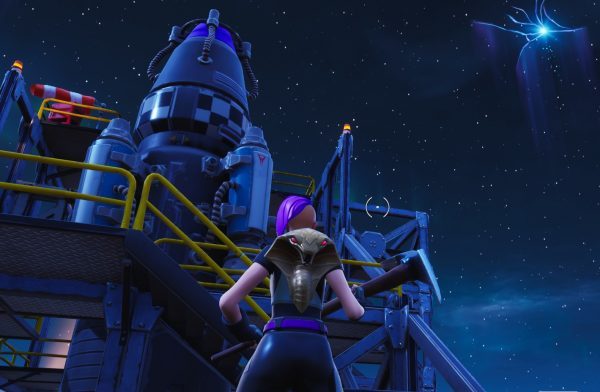 Epic Games have been hinting at major changes to the game following the upcoming “The End” event.
[ad name=”article2″]

Posted on Twitter by popular leaker ShiinaBR, an image of the Italian App Store features what appears to be three brand-new default characters, standing on a hill surveying what appears to be a majorly updated map for the 11th season of the popular battle royale title.

In the image, a new landscape, with a large river running through it, spreads far into the horizon, with a new city on the right-hand side, and what looks like a lighthouse far off in the distance, giving players their first look at possible points-of-interest that will be included when the Season 11 update drops.

On the river appears to be boats, which could be the new vehicle for Season 11, and could indicate that much of the map is covered in water, and can be used as a rotation tool. Perhaps we may also see a nautical theme for Season 11, to match the proposed water-covered map.

Apparently Apple uploaded the first Season 11 image too early to the App Store! This image says something about "Chapter 2" of Fortnite and we're clearly seeing a new map! pic.twitter.com/cStR1F6O8Z

Unsurprisingly, many have questioned the validity of the image, but a post on the FortniteBR subreddit claims to show the image being used on the App Store, via a screen recording of their iPhone searching for the game.

The users is seen entering “Fortnite” into the search bar, and when the application is found, shows the image of three default characters as a thumbnail for a video, although once the trailer does begin to play, it shows images from Season 10 of the game, with already established POIs like Pleasant Park visible.

here is a video for those who think it’s fake! from r/FortNiteBR

At the time of writing, Epic Games have yet to confirm that Fortnite Chapter 2 is on the way officially, but the time of the leak matches up with The End event, which many believe will signal a fresh start for the game following the game’s controversial Season 10.

The event is currently scheduled to kick off on October 13, with the first week of Season 11 to follow, although an official date for its start has yet to be confirmed. Many believe that it may kick off immediately after The End event, but again, it has not been confirmed by the developers.