Epic Games has officially dropped the first teaser for Fortnite Season 9 – and it appears as if there is a Futuristic theme on the way.

Unlike previous seasons of Fortnite Battle Royale, there hasn’t been a ton of teasers or speculation about the theming of Season 9 as Season 8 has been full to the brim with new content.

Changes to the map have already begun, with Tilted Towers and Retail Row being pretty much wiped from existence during the recent ‘Unvaulting’ in-game event. Yet, with the start of Season 9, there should be plenty more map changes, especially with a future theme seemingly on the way – similar to how Season 8 saw the arrival of Pirate and Jungle themed points of interest.

On May 6, the game developers Tweeted out the first cryptic screenshot in regards to the new season – with a small hint and a countdown to the start of Season 9.

The tweet mentions that: “The Future is Unknown,” and gives us the date of May 9th as the official start date. However, the character stood inside the teaser seems to resemble the Beast Mode that was released in Season 8 but lacks the Rhino-style helmet of that skin.

Instead, the small helmet that some eagle-eyed fans spotted during the Unvaulting event takes pride of place. 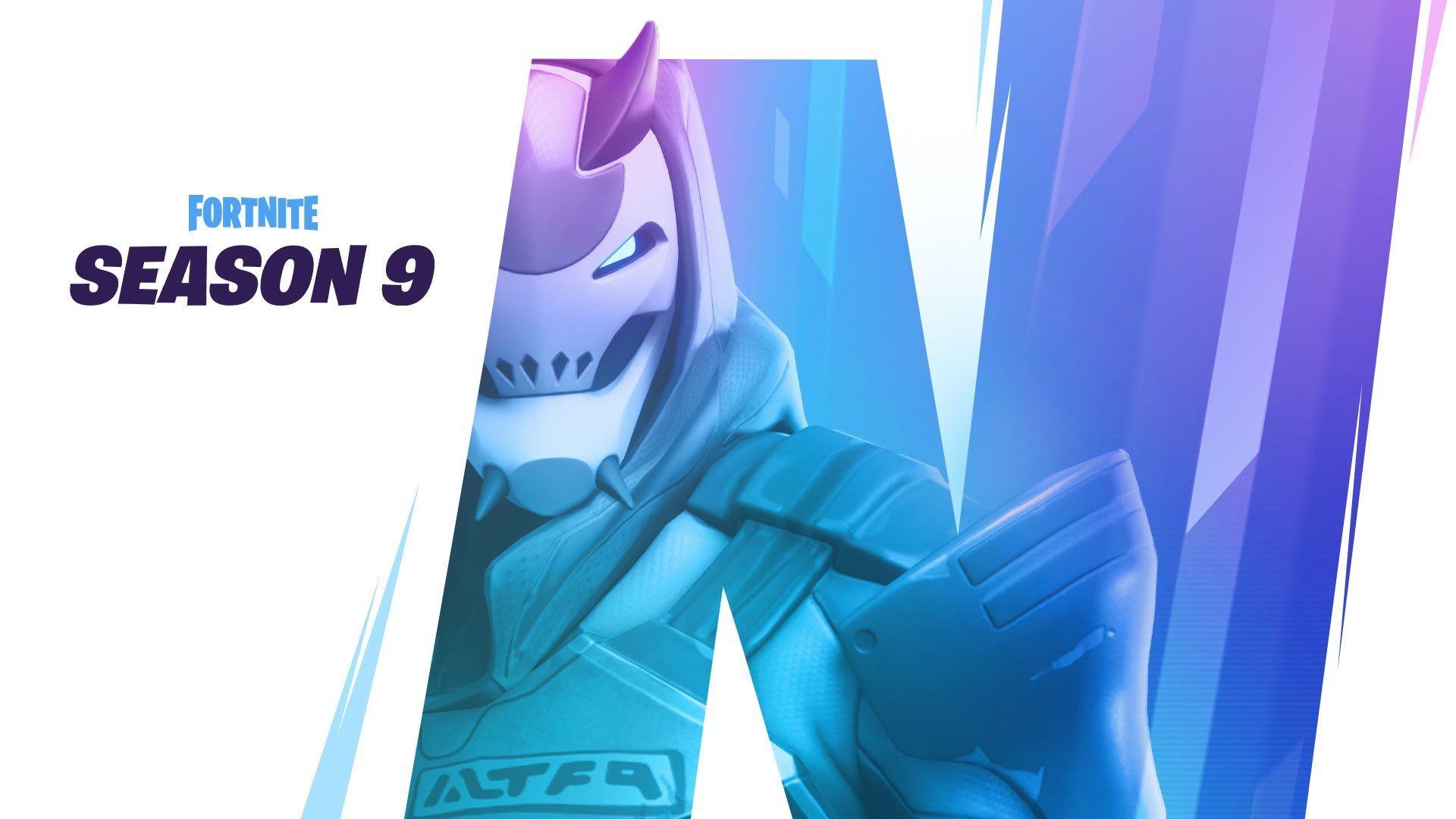 A full look at the first teaser image from Epic Games.
[ad name=”article3″]

The hype is already starting to build for Season 9 – and you can get a few new style for the Sidewinder, Ember and Master Key cosmetics by completing the recently announced Overtime Challenges.

It remains to be seen just exactly what Epic has in store for Fortnite Battle Royale in the upcoming season, especially as it’s been a tightly-guarded secret up until this point.

However, we won’t have to wait long for more information if Epic keeps to teasing players with new cryptic images during the days building up to the new content as they have done with previous seasons.