Most people would walk into the green room in Fortnite and simply walk right past towards more loot, but not Dr DisRepect.

The popular streamer, who is known for producing funny moments during his Twitch livestreams, was playing with MattyG13 when he came across the green room near Shifty Shafts.

The Doc alerted his teammate about the room, before making a very big change to what was on the walls. 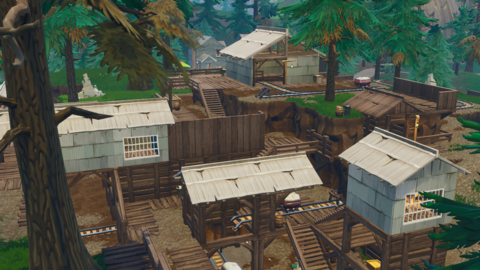 “It’s the green room again. That’s pretty cool man. Ah, I wonder what we could do here” ” he said, with a smirk on his face. “Hey! Look at him. You should see the special effected over here, MattyG. Look at this guy. Check it out!”

As MattyG entered the room, he noticed that the reason Dr DisRespect was so happy was because his face was plastered across all of the walls, and even the floor in this hilarious clip.

The art which was posted onto the green screens promoted his Twitch account, which currently has just over 3 million followers.

Dr DisRepect has been talking about not wanting to play the same VR shooter as popular streamer Shroud, who has been playing Contractors. The Doc believes it’s too basic in terms of its design.

“[Contractors] is like the most basic approach to a game in VR. It’s cool,” he said. “I guess I’m at the point of creativity and game design that I’ve seen it all. I want something that blows my mind.”