An awesome Fortnite weapon Wrap concept has surfaced online, where the camo would change according to the rarity of the weapon it was attached to.

The simple idea, which was posted to Reddit by user nhojcs, would allow players to have a Wrap which would adapt each time they picked up a different weapon.

For example, if you had found a rare heavy assault rifle early in the game, the camo would appear as a light blue. Then, if you later exchanged that AR for a Legendary version, the Wrap would turn a bright shade of orange.

One Reddit user, cobainbc15, said: “I like it! Some people don’t want to ‘advertise’ the quality they’re rocking but if it was based on the rarity maybe I’d scare a few people who would take me out otherwise.”

The idea of knowing the rarity of a weapon would look great in-game, but as this user suggested, it could also have other uses. Also, noticing the rarity of somebody’s weapon might also encourage more players to push them – as Red-Ryder pointed out.

“I don’t think you scare people when they see a golden scar in your hands. They probably want to kill you and take it”, they said. 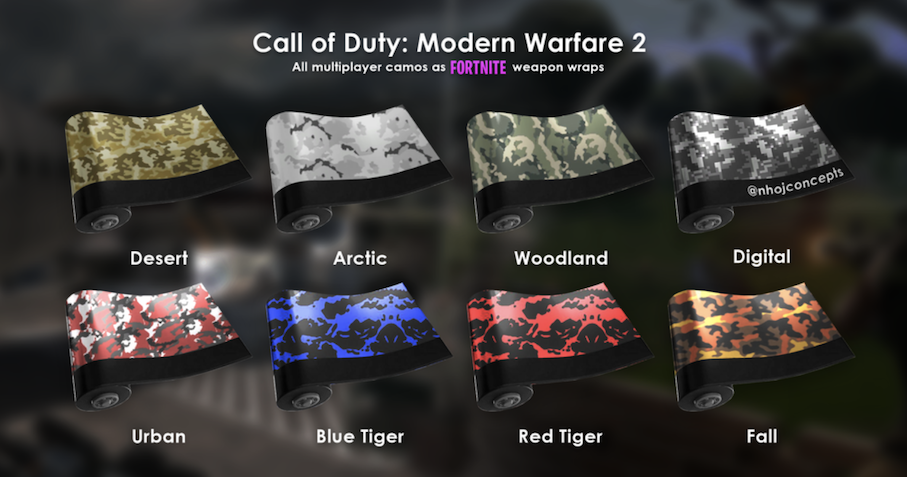 This is not the only weapon Wrap concept, of course. Since the feature was introduced in the v7.00 patch, many players have taken to social media to show off their designs.