Fortnite fans are starting to get really creative when it comes to mixing elements found in the game to make some incredible concepts that would blend perfectly well into the battle royale’s landscape.

The latest update to Fortnite released on December 6, and brought along sweeping changes to a sizable portion of the map’s biome and is starting to influence some fan-made creations.

Uploaded by user ‘ProKira’ on Reddit, an inventive skin concept is shown to have the “reactive” feature seen in some “Epic” and “Legendary” outfits, but this time coming with a twist. 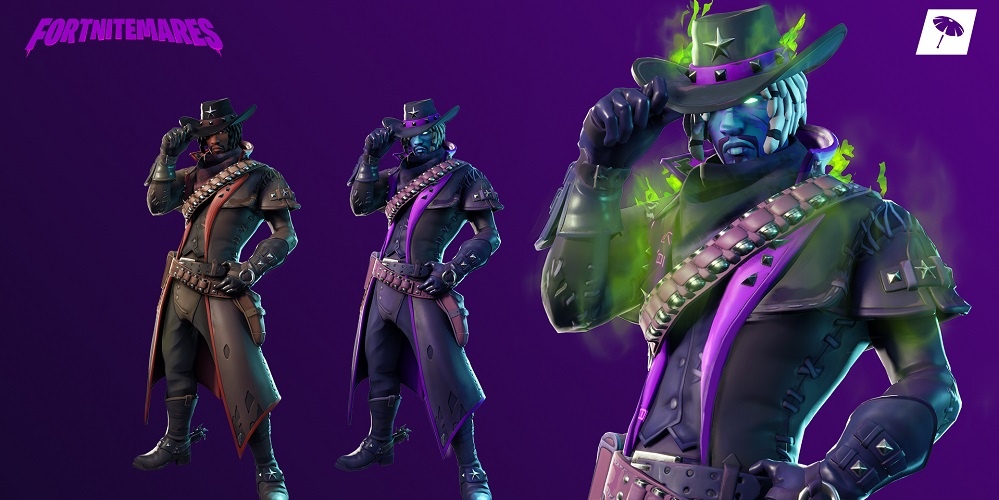 The Deadfire skin’s “reactive” effect influenced its appearence based on the game.

ProKira’s Chameleonsy reactive skin is based on its namesake’s ability to adapt its colors to its surroundings.

The character model is seen with a fairly standard outfit that isn’t extravagant for the “Legendary” title the skin was given, but that’s because the allure comes from the idea’s malleable appearance rather than its outward appearance.

The post features examples for three different landscapes that would influence the player’s character “when entering different parts of the map.” There is green, white and brown that would passively interact with the grass areas, the snow, and the desert, respectively.

Concept* Reactive skin that changes with the Biome from r/FortNiteBR

Other users were quick to point out that the idea would give the player an unfair advantage of camouflage, but the artist was quick to point that every iteration of the skin has noticeable accents that would normally distinguish a player from their surroundings.

The Chameleonsy skin is just another example of unique ideas fans of Fortnite have been able to create with the game’s influence.