Alastair ‘Ali-A’ Aiken has uncovered numerous glitches in Fortnite Battle Royale, everything from useful to the irritating, and now he’s came across another one that allows players to take no fall damage whatsoever.

Those who follow the popular YouTuber, or even Twitch streamers NICKMERCS and SypherPK, might have heard about some of these invincibility glitches in the past – with a previous bug allowing players to run through a bush first before taking zero damage from high falls.

However, another has surfaced. It might be a bit more difficult to execute, though, and that’s just one of many things Ali-A explained in his December 7 upload to YouTube. 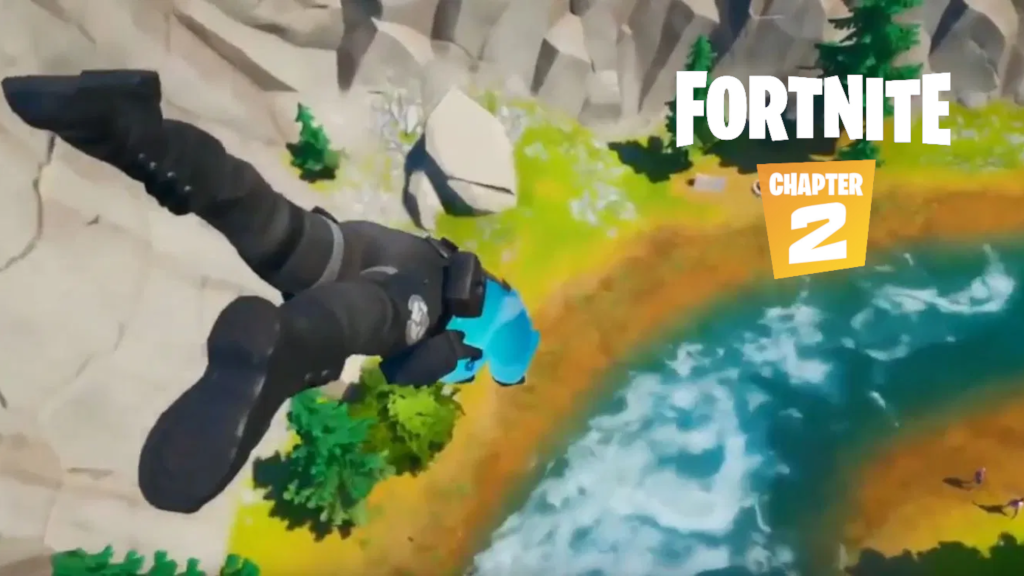 Epic Games are investigating the fall damage exploit that Ali-A showcases in the video.

This time, all you need is to track down a zipline and a perfectly located river – very random, but there’s an explanation coming, don’t worry about that.

Gather as many materials as you can by breaking things nearby, the video suggests around 2,000 for testing, and head over to the zipline. Ali-A uses one between Slurpy Swamp and Weeping Woods in this demonstration, but it can be any that crosses a river.

Exit the zipline and land directly into the water, swimming from side-to-side for a few moments. Just like the previous glitch involving the large bushes, jumping will force the effect to wear off so do avoid doing that.

Timestamp in the video below at 7:30.

“This one is actually a lot cooler because you can see the effect on your character,” Ali-A said as his character’s body glowed with a blue outline, a clear indicator that the exploit has worked. After taking those steps, build as high as you can and let the glitch do the rest – you won’t be eliminated from fall damage the first time you drop.

Other players around you might not be as co-operative during this process as you might like, so do watch out for enemies approaching your location while giving it a try. The worst way to debut this tactic would be to be eliminated without seeing how useful it can be.

It’s unclear as to whether or not Epic Games are aware of this particular problem, but have confirmed that they’re investigating an issue regarding players dying from fall damage when leaping from a zipline to the water – according to their official Fortnite Trello board.

Well, that would throw a spanner into the works for those trying to use this exploit. Not just that, though, but Epic could also dish out some punishments as well. It’s probably best to err on the side of caution if you’re considering giving it a go.