As part of the ongoing Team of the Season So Far (TOTSSF) promo, EA SPORTS have released a special 90-rated Community Champions/Player Moments card for Leon Goretzka in Ultimate Team, and we’ve got the requirements, cheapest solutions, in-game stats, and everything else you need to complete it.

Identical to Player Moments in terms of card-design and stat boosts, Community Champion is a brand new type of card in FIFA 20 Ultimate Team that celebrates a player’s off-field contributions during this current time of crisis.

Following the one they released on April 26 for Aymeric Laporte, EA have also rolled one out for Germany/Bayern Munich midfielder Leon Goretzka, recognizing the €3.9 million he’s “raised for those that need it most right now.”

More than €3.9 million raised for those that need it most right now ???

This is already Goretzka’s fifth card in FIFA 20, following his base gold, Champions League, In-Form, and UCL Live versions. As already one of the best central midfielders in the game, it’s no surprise that his new Player Moments item features some impeccable stats.

Every single one of the in-game stats are in the green except for three: volleys (79), penalties (70), and balance (78). The card screams box-to-box, as it’s hard to find a CM that’s more well rounded than this one, outside of ICONS and TOTY items.

In fact, his combined 2,508 in-game stats ranks 13th out of all CAM/CM/CDMs, better than the likes of Prime Moments Ballack, Gerrard, and 90-rated Gullit.

This SBC has a whopping three squad-building components – two 86-rated teams and one 87-rated, all three requiring at least one In-Form or TOTW Moments.

Here are the current cheapest solutions for all three components, not requiring loyalty or the use of position-change cards. 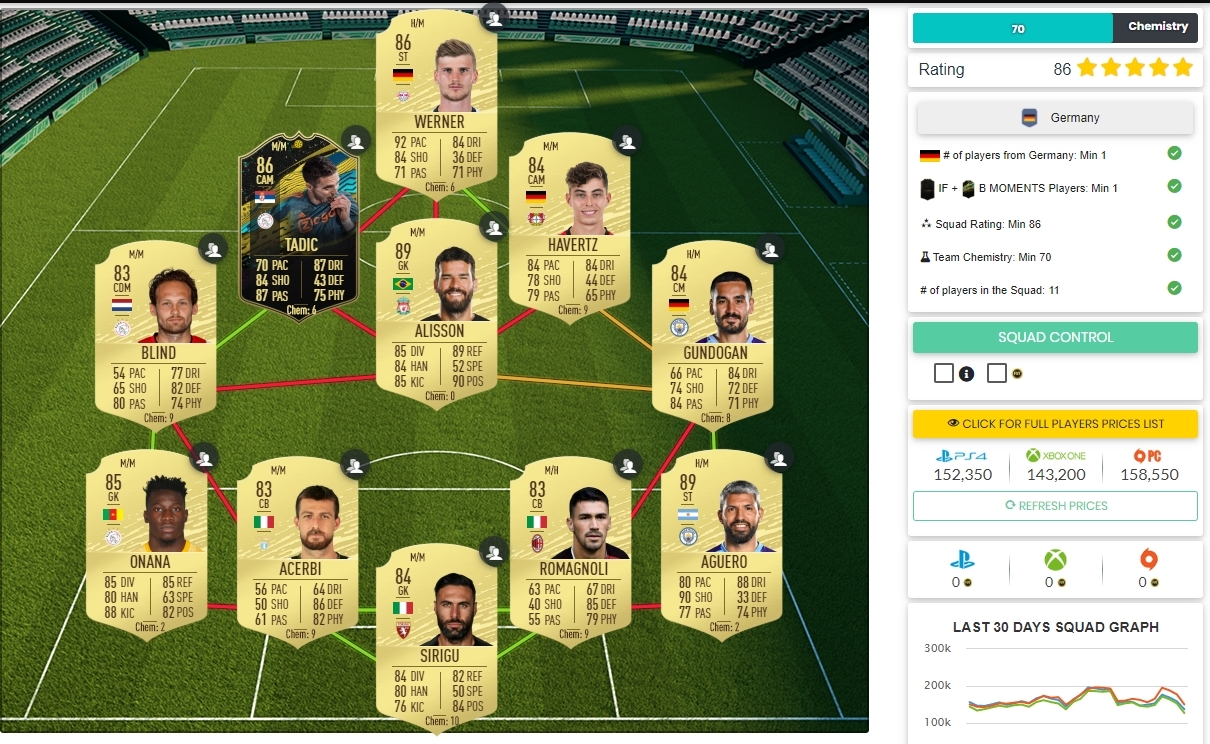 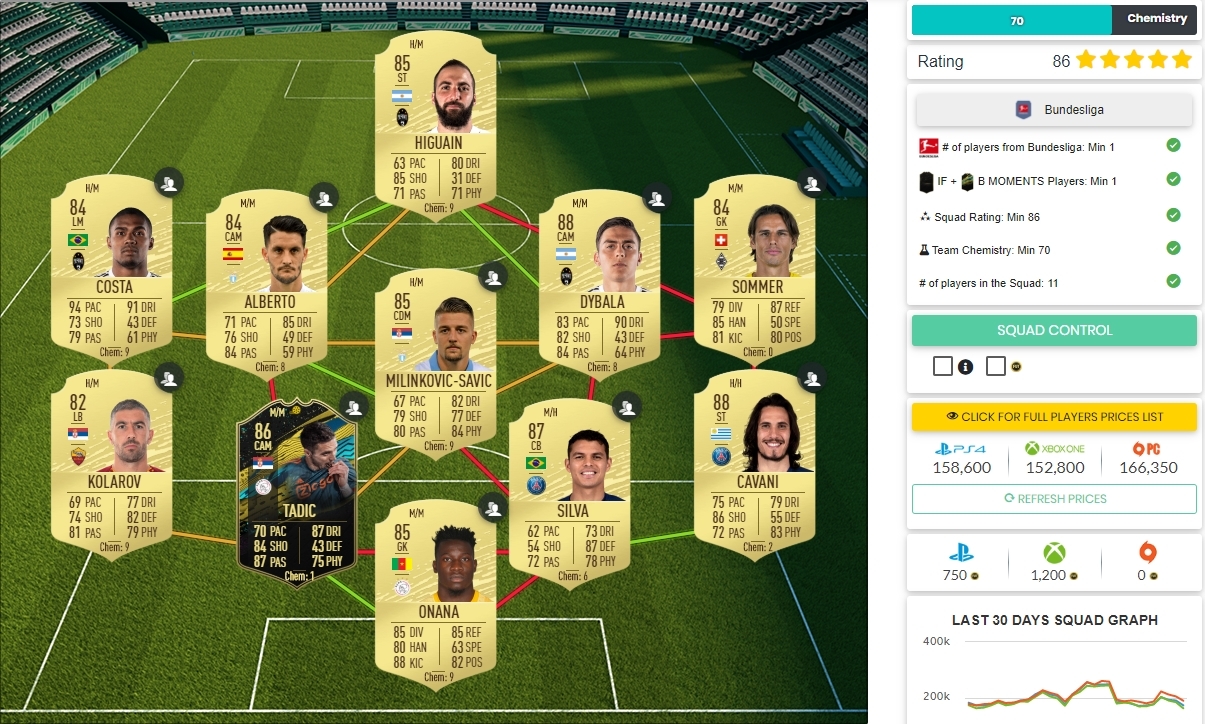 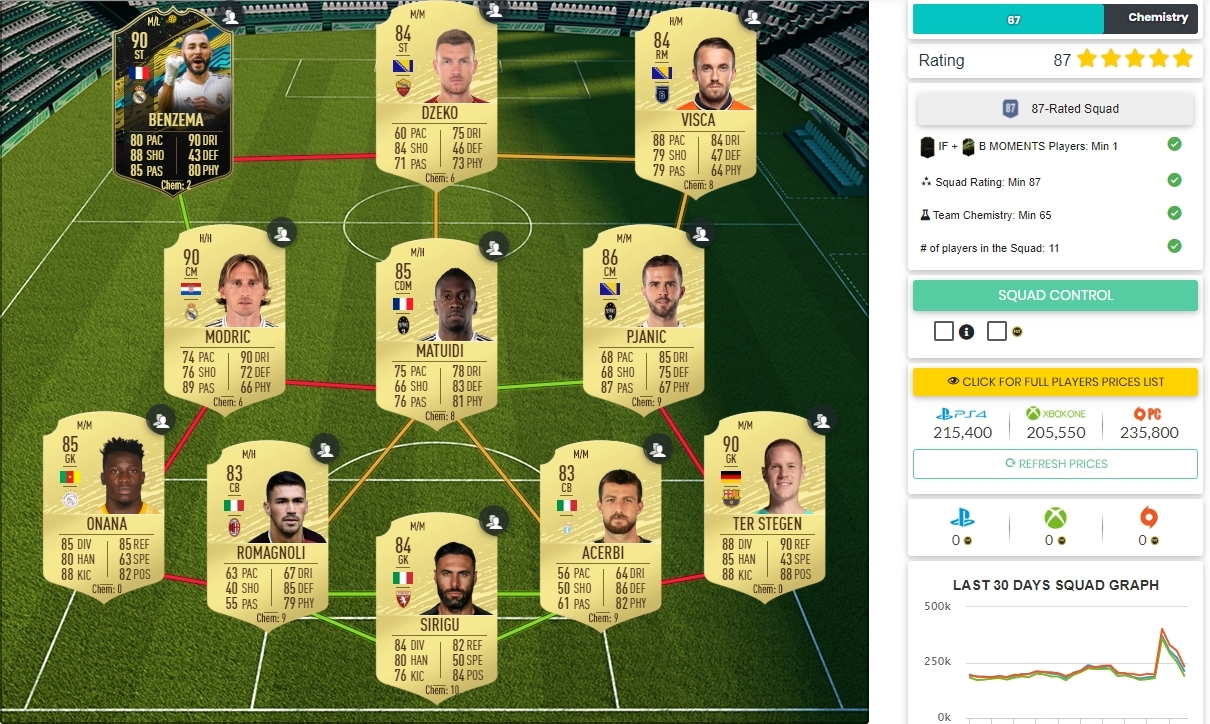 Keep in mind that the volatile nature of the FUT market means that player prices are always fluctuating, so the cost of doing this SBC and/or its individual components could go up or down depending on when you do it.

The cool thing about squad building challenge is that it has no expiry date, which means you can certainly spend the next few weeks saving up for the card if it’s one that would slot nicely into your squad.

However, the fact that EA have released this SBC means that Goretzka is unlikely to receive a TOTSSF card, so it looks like this could be the best version of him we see in FIFA 20.