EA Sports have released a special Flashback SBC for Portuguese midfielder/forward Ricardo Quaresma in FIFA 20 Ultimate Team (FUT), and we’ve got the requirements, solutions, how much it costs, in-game stats, and more.

Since they were added to FIFA a couple years ago, Flashback SBCs have become a staple of Ultimate Team, honoring the best seasons of various players’ careers, whether domestically, internationally, or both. 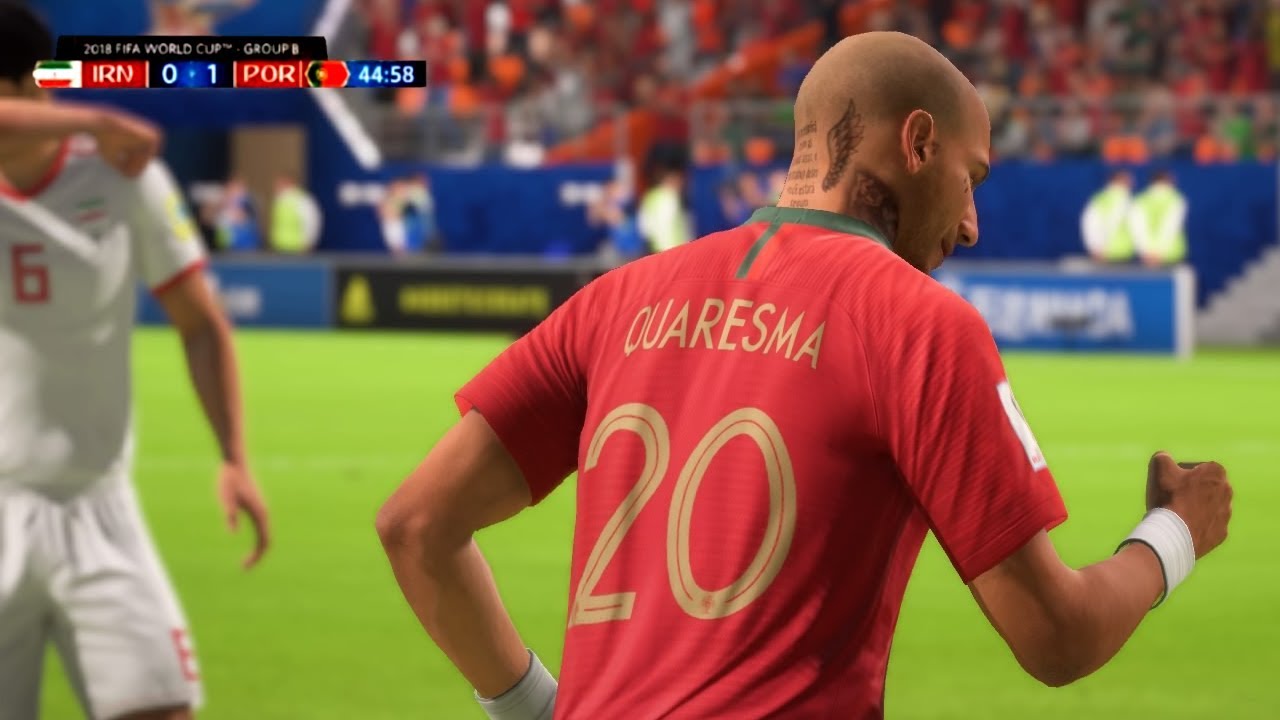 Quaresma has always been one of the higher-skilled dribblers in FIFA.

This is Quaresma’s third card in FIFA 20, following his 81-rated Besiktas card and the Kasımpaşa transfer of the same rating. Just a quick glance at his in-game stats is enough to let you know this is a monstrous player in-game.

All of his stats in terms of Pace, Shooting, Passing, Dribbling, and Physical are green, with only a few that are light green for that matter. With blistering pace, clinical dribbling, strong shooting, this card can be played at CAM or on either wing, seeing as he has a four-star weak foot.

The only stat the leaves a bit more to be desired is his stamina, which isn’t the worst at 80 but it’s probably not good enough to last a full game in this year’s FIFA. So, the best thing to do is either sub him off after around 70-75 minutes or save him on the bench and bring him on late-game.

Unlike most Flashback SBCs, this one only has one squad building component to it that needs to be completed – an 85-rated squad with a couple of TOTW players.

At the time of writing, FIFA database site FUTBIN estimates that this SBC costs around 92,300 coins on PS4, 91,250 on Xbox One, and 97,250 on Origin, assuming you don’t need Loyalty or any position change cards.

This is the current cheapest available solution: 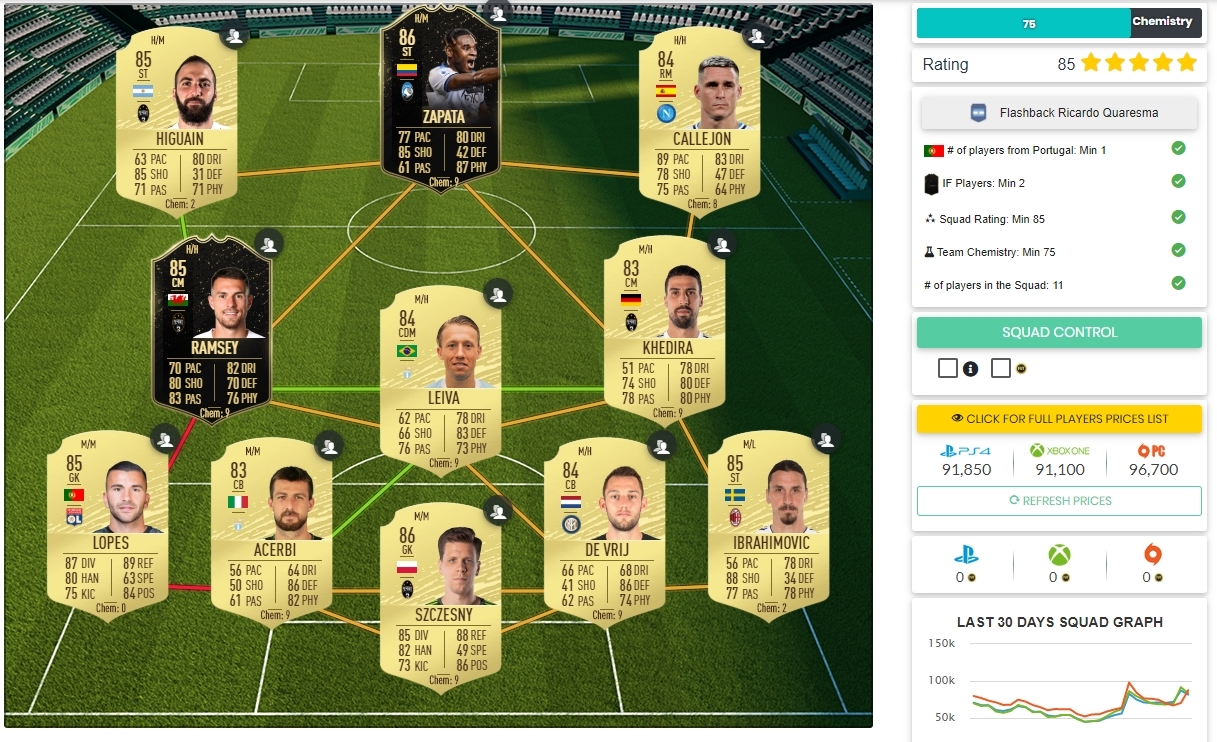 There is another solution that’s actually cheaper, but it requires seven players to have Loyalty for the Team Chemistry to work.

This one costs 87,750 on PS4, 83,700 on Xbox One, and 88,350 on Origin, which is considerably cheaper than the one above, so it might be worth buying the players you don’t have and playing the requisite 10 matches with them to earn Loyalty. 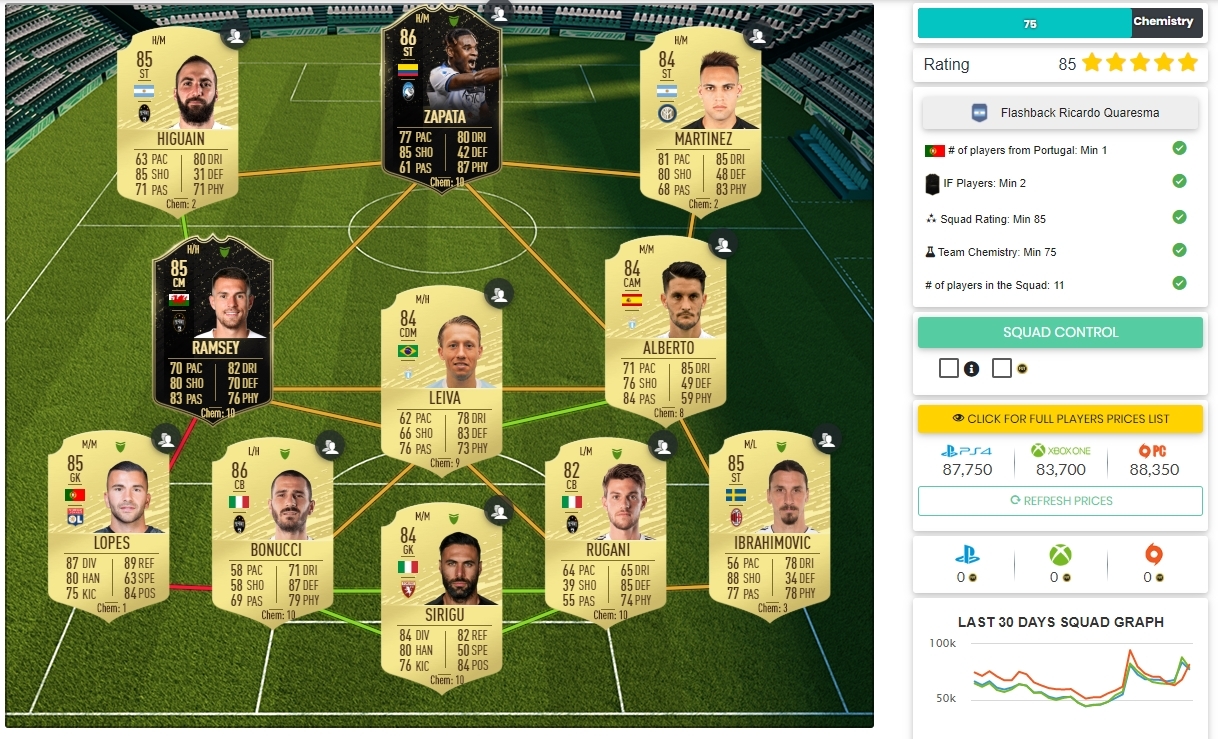 For under 100,000 coins, this is a superb card to have in your club. The only issue, of course, is the fact that he’s not going to be the easiest to link since it’s unlikely that you’re using any other Süper Lig players.

However, there’s one Portuguese striker named Cristiano Ronaldo you just might be a good forward to pair up with Quaresma, and seeing as how Icons are not that hard to get this FIFA, especially with the release of Icon Swaps #3, linking him won’t be an issue.

Are there better RM/RW’s in the game? Definitely. But for this price, if you can find space for him in your team, maybe even the bench, this SBC sure seems worth doing.