EA SPORTS have revealed the second half of their FUT Birthday promo in FIFA 20 Ultimate Team (FUT), stacked with some high-rated cards that are available now in packs, SBCs, and Objectives.

Launched on March 27, FUT Birthday is the latest promo in FIFA 20 and an annual tradition for Ultimate Team, celebrating the popular mode’s 11th year of existence.

Following the first batch of 15 cards and another several via SBCs and Objectives, EA have rolled out the second set, headlined by a 93-rated Virgil Van Dijk, 92-rated Paul Pogba, 91 Gareth Bale, 91 Angel Di Maria, 90 Lacazette, and more.

The premise of this event is to not only boost certain players’ stats, but also upgrade either their weak foot, skill moves, or both, making cards that were previously unusable much more viable.

Team 2 features 14 cards in total — 11 of them available in packs and another three as untradeables — an 87-rated Malang Sarr, 88 Tiemoue Bakayoko, and 86 Jhon Cordoba. 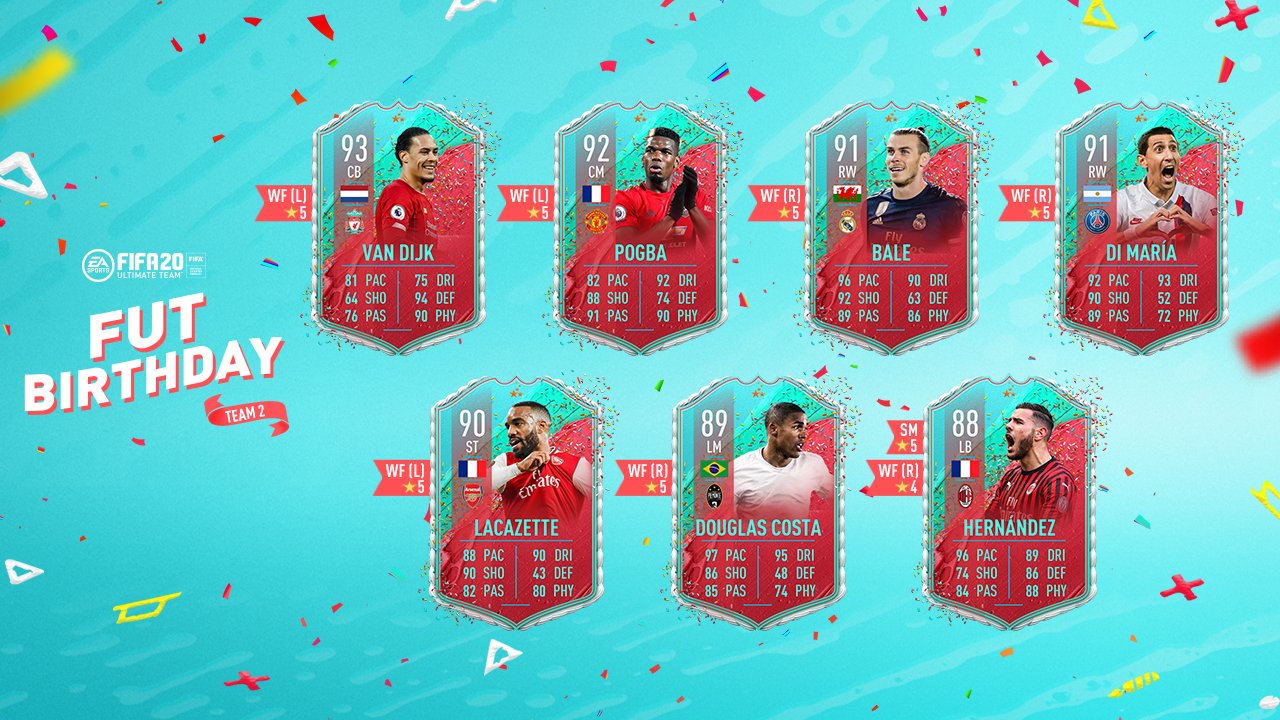 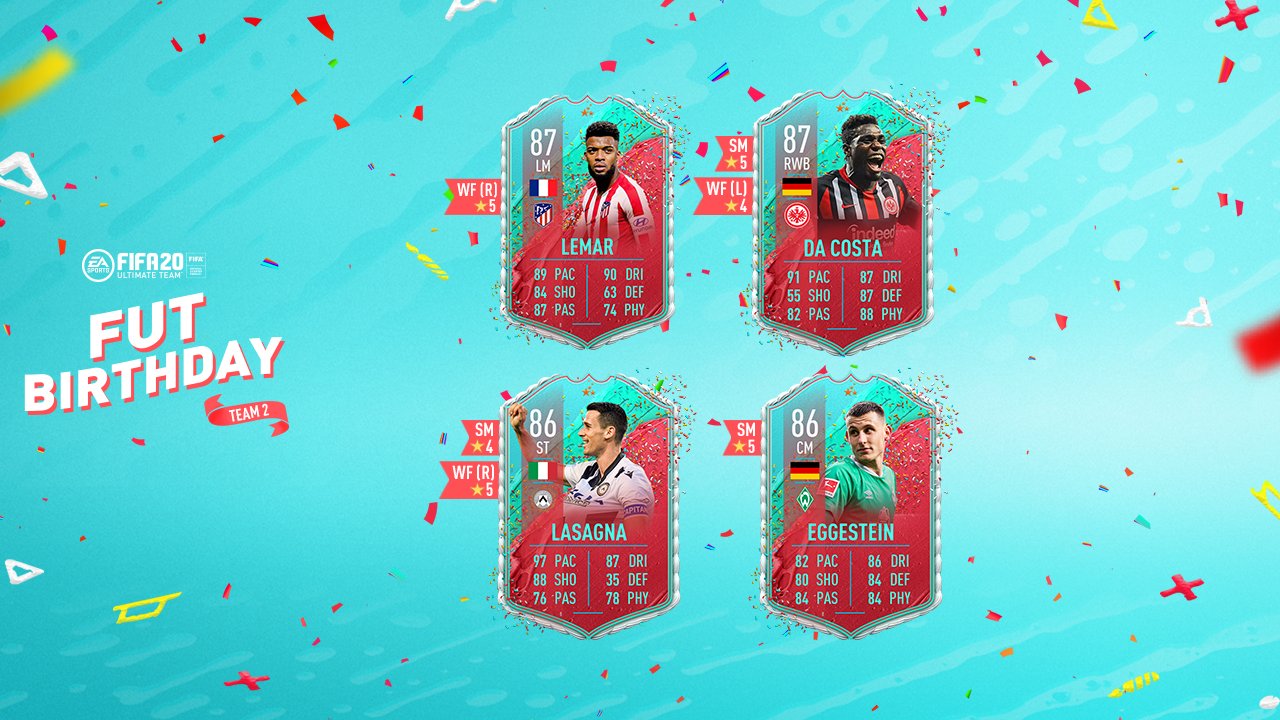 As mentioned above, there are three untradeable FUT Birthday cards released as part of Team 2, in addition to the 11 that are in packs.

The new squad building challenge, or SBC, will reward you with an 87-rated Malang Sarr, a French centerback who plays for OG Nice and now boasts five-star skill moves and four-star weak foot.

There are also two cards made available by completing the designated Objectives – an 88-rated Bakayoko from Monaco and 86-rated Cordoba from FC Koln.

The French midfielder’s card features a five-star weak foot while the Colombian striker’s skill moves have been upgraded to five-stars, as well.

EA are more than likely to release more themed SBCs throughout the week just as they did for Team 1, rolling out another two after the initial Mesut Ozil squad building challenge.

The release of Team 2 means that FUT Birthday will be going on in FIFA 20 for another full week before it wraps up on Friday, April 10, so you have less than seven days to get all of these done.