EA SPORTS have been left without live football to base their FIFA 20 Team of the Week selections on and it’s about time a few of the most consistent performers were rewarded with special Ultimate Team cards. Here’s 15 upgrades we would like to see in the future.

Picking up TOTW cards in FUT packs can be a fantastic thing in two senses, either the card is one that you would like to add to your lineup, or it has a greater value than many standard cards and you can sell it for profit.

Selected on a weekly basis, these promo teams are released by EA SPORTS, on Wednesdays, and usually reflect the live performances of real footballers – as many will know by now. However, there are some players who might not be seen as complete game changers, but make a real difference to teams right across Europe’s top leagues.

Victor Lindelof is just one of many on our list of underrated players.

Regular FUT players will know there’s usually a team picked out towards the end of each season to reward this type of player, who haven’t yet been given special cards. Whether or not that will happen this year remains to be seen, but we’re sure at least a handful of these names will be in contention.

We have spread our picks across a number of leagues, taking into account clean sheets, assists, goals, interceptions, and overall impact for their teams. So, without further ado, let’s jump into our list of players who haven’t been included in Team of the Week yet, but definitely deserve to be, with some concept upgrades to boot.

The Spanish striker struggled to make a mark during his time in England, with spells at Arsenal and West Ham. Eventually, he decided to return to Spain.

This season he’s been on fire for CD Alavés, hitting the back of the net 11 times. He’s the fourth top goalscorer in La Liga, all without an in-form card. 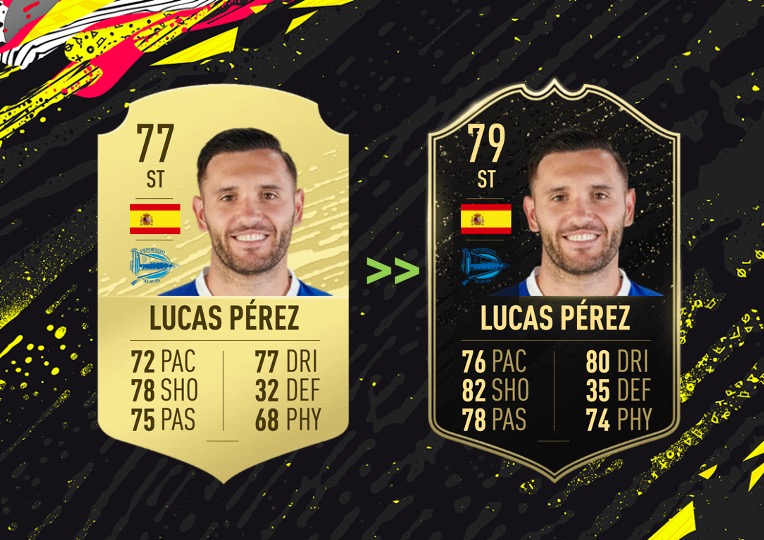 Muller made a name for himself in the 2010 World Cup, where he claimed the Golden Boot and Best Young Player, but in recent seasons Bayern fans might argue he’s starting to lose half a yard where it counts.

During the course of this Bundesliga campaign, though, he’s been doing everything to prove doubters wrong – that’s for sure – with the most assists in the league (15) and scoring six goals for the German champions. Surely, he should be in the Team of the Week sometime soon. Provider. 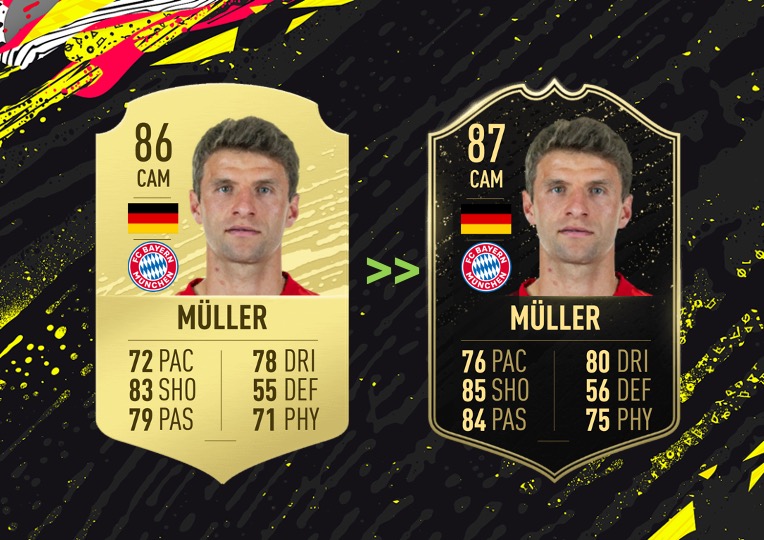 The  winger used to be a staple of Serie A Ultimate Teams in years gone by, and for Sassuolo he’s still proving today that he can get the job done. The Italian has scored 9 goals so far, which isn’t bad for a winger, and racked up five assists in 19 starts. He might not have lightning pace any more, but that doesn’t seem to be stopping him. 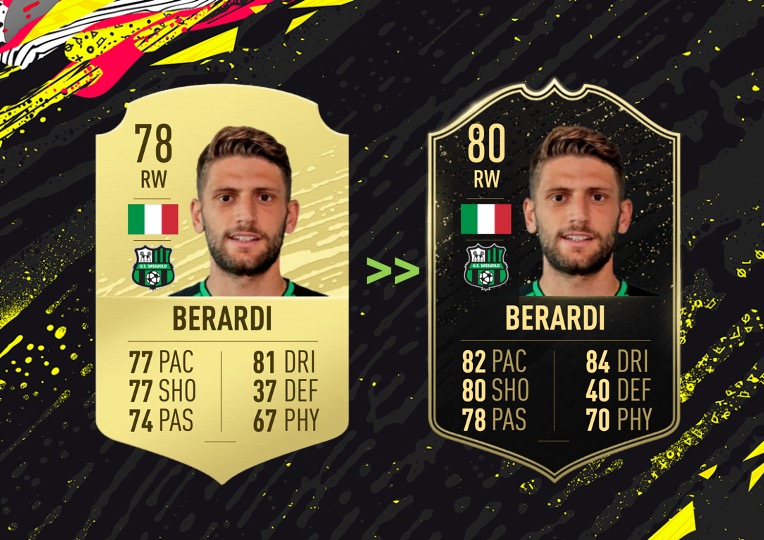 Sometimes the silver players that are in hot form tend to go under the radar and that appears to be exactly what’s happened with Boadu in FIFA 20 Ultimate Team.

The 19-year-old forward has been really impressive for AZ Alkmaar of late, scoring 14 goals in 24 appearances – making him the third highest scorer in the league, behind Cyriel Dessers and Steven Berghuis. If that’s not impressive enough for you, he even has six assists to his name, showing he can do a bit of both at the top end.

Similar to a jump up in ratings given to Adama Traore, an in-form card would have to be gold for Boadu. 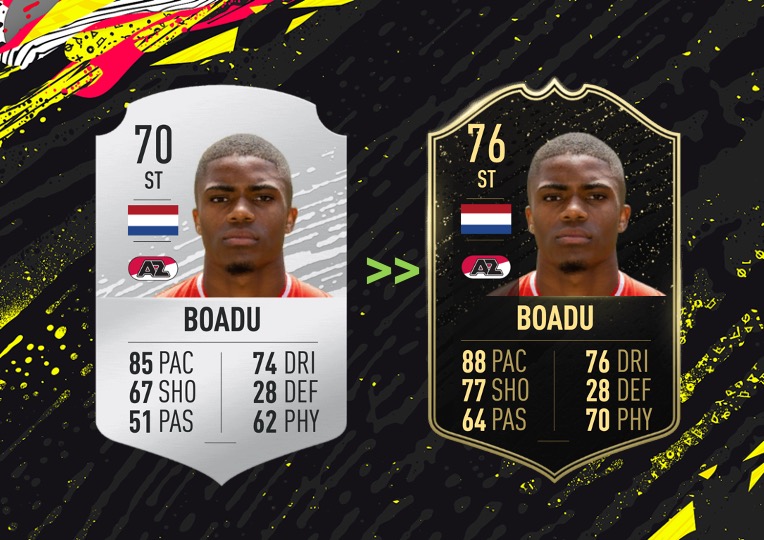 The media in England seems to think it’s a three horse race for the No.1 jersey at international level and who could blame them? Jordan Pickford, Everton’s goalie, has had some howlers during the season and the two competing for top spot are Tom Pope – who has had a TOTW card – and Dean Henderson, who has not.

Sheffield United’s young stopper has been seriously impressive during his debut year in the top flight and has had a big part to play in the The Blades’ impressive run, with 10 clean sheets. 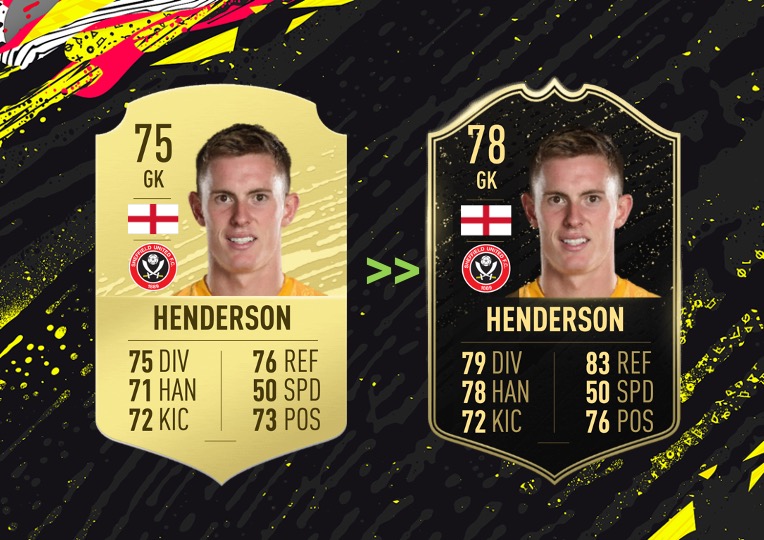 Celtic’s Odsonne Edouard has scored 21 goals and 12 assists in the Scottish Premier League, which should be more than enough to see his 74 rating fly up into the gold bracket. Our concept would increase his card to 78, with shooting improving to complement his speed. 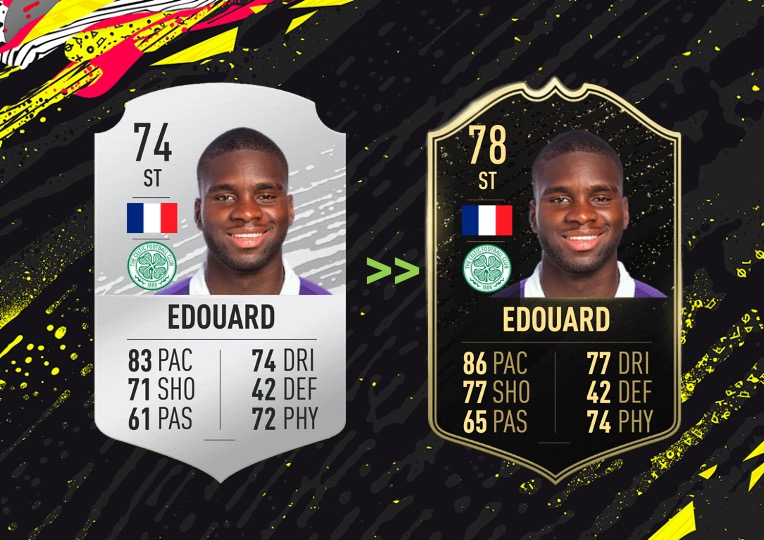 Red Bull Leipzig’s young defender was immense before the Bundesliga, and many other leagues, were put on hold due to the current global situation. The club were third in the league, a position not too uncommon for them in recent times.

With eight clean sheets in the league, also the third highest, manager Julian Nagelsmann has been overseeing the development of the center back, who has formed a formidable back three with Dayot Upamecano and Lukas Klostermann. Hopefully, he’ll get an upgraded card sometime soon for his new post. 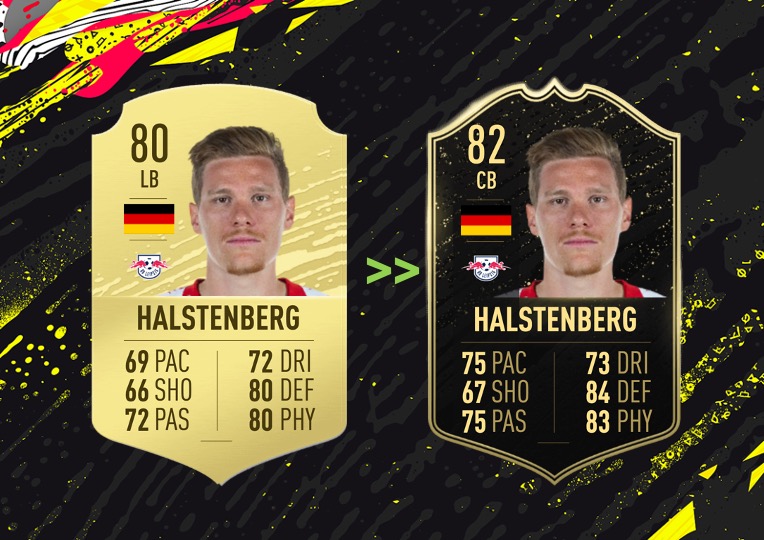 Osasuna’s Roberto Torres has been performing to high standards in La Liga, with the third highest amount of assists in the division. If you think that’s not enough to merit his inclusion, he’s also scored six goals – including one in their last fixture before the season was suspended, versus Espanyol. 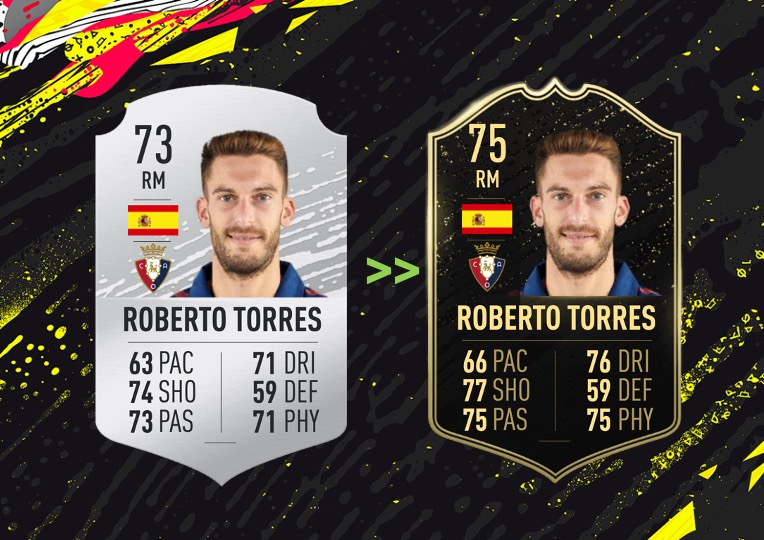 Even with more clean sheets in the Serie A this season than Wojciech Szczesny and Samir Handanovic, Team of the Week inclusion has somehow evaded Hellas Verona’s first-choice stopper.

Marco Silvestri has been in fine form, with 36% of matches he’s been selected for resulting in no goals conceded, so why not boost his ratings to reflect that improvement? Six ratings higher should do the trick. 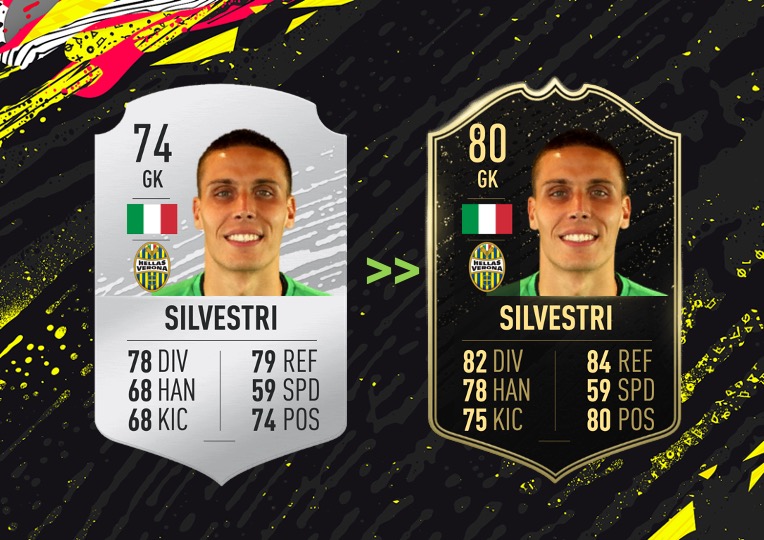 Senegal’s Habib Diallo is another that has a low rated Ultimate Team card, but definitely deserves some recognition for his performances for FC Metz. The attacker has netted 13 since the start of their domestic campaign, and added three assists to that as well. 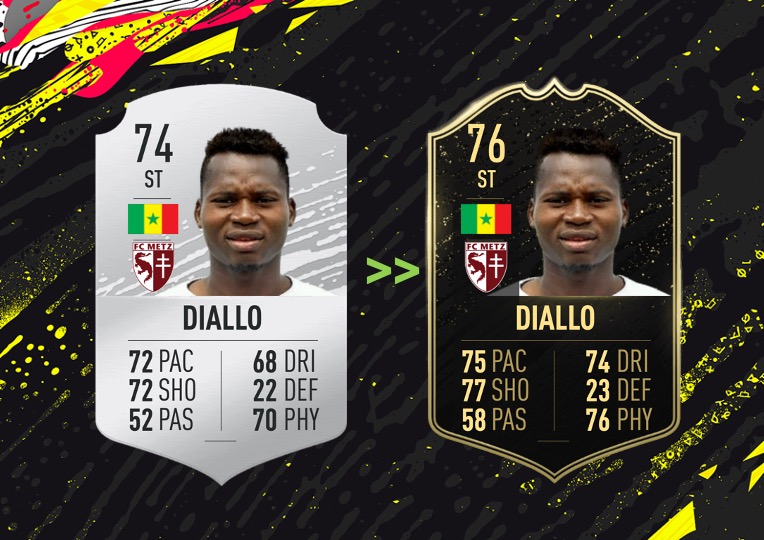 Manchester United fans talk a lot about the impact of Harry Maguire, who they signed for around $97 million back in August 2019 and have since named club captain. However, the development and consistency of his regular partner, Lindelof, does go without recognition.

So far, he’s racked up eight clean sheets this season, with notable results including three wins Manchester City and three against Chelsea in all competitions – without conceding in four of those fixtures. 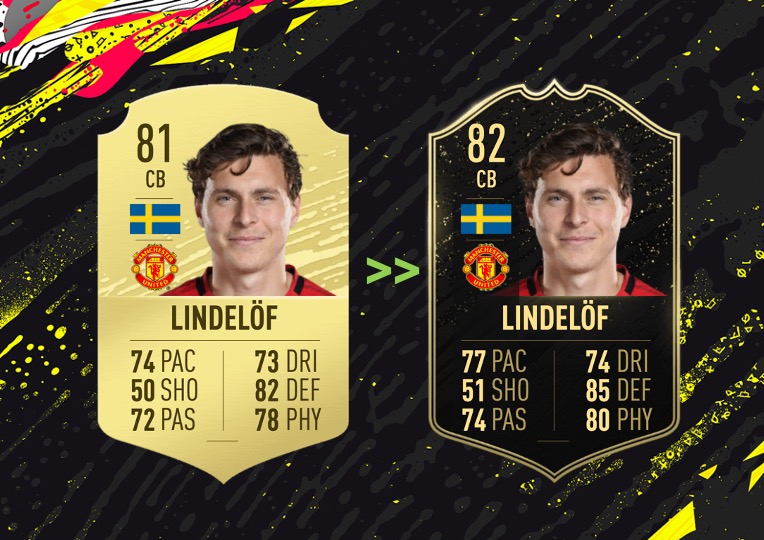 You don’t even have to be a regular viewer of Bundesliga action to have heard about Bayern Munich’s flying full back Alphonso Davies.

He might have been given a Player Moments upgrade in FIFA 20 already, but having seemingly cemented his place at left back, he should be well in line for a future Team of the Week card as well. It would also give players who didn’t complete the SBC a chance to grab another upgraded Davies card. 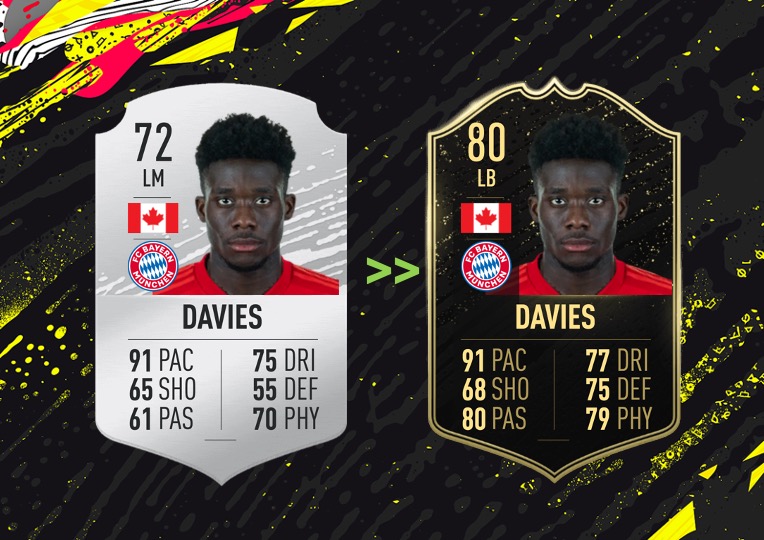 The Croatian might well have had a Storyline special card rated 88, but for those who didn’t grab the Season Reward when it was available there should be something in between. Given his consistency under Frank Lampard, an 84 upgrade would do just fine. 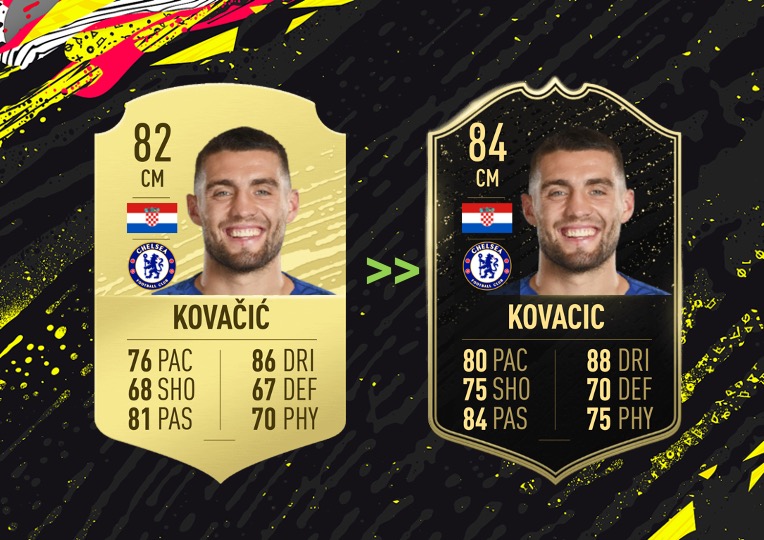 There’s something different about this selection, because it’s not based on goals scored or assists. Instead, interceptions. Across the top European leagues, nobody has cut out more passes than Toulouse’s left back, with the 26-year-old racking up 67 already.

If league competitions continue at some stage, this figure could increase even more, too. That’s why we’ve decided to put him forward as one of the most underrated players around, and one that deserves an in-form version. 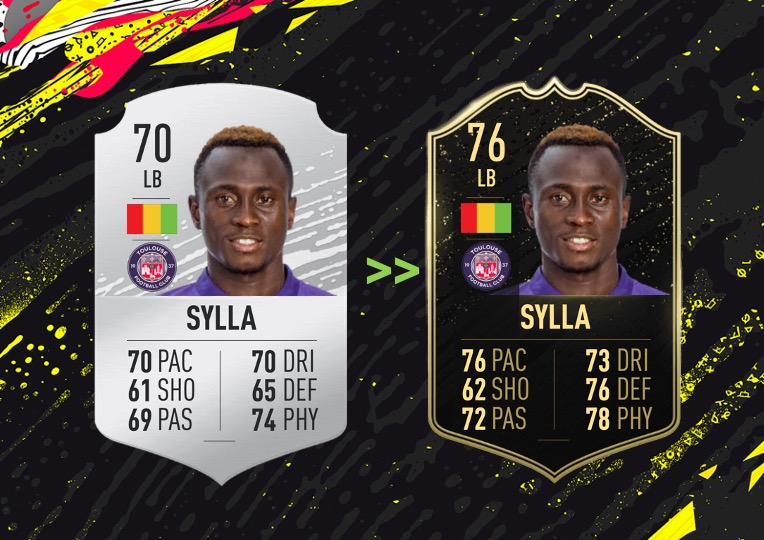 Here’s another interceptor. With the third highest amount in the European top leagues, Mascarell has completed 62 interceptions and is reading the game really well in the middle of the park for Schalke. He might feature in more teams as an 81, rather than his base. 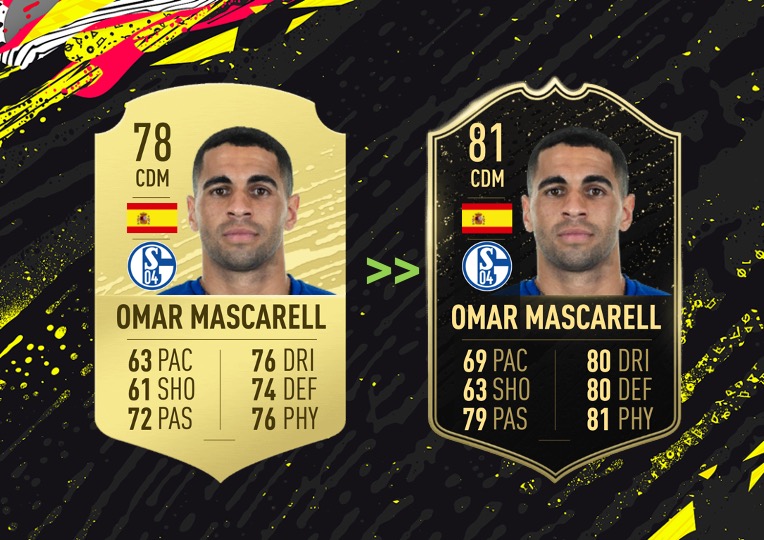 So, there we have it! Those are the 15 players we’re shocked to have seen miss out in Team of the Week for FIFA 20, and hopefully they will get improved in-form cards some time soon as a reward for their contributions to their respective clubs.

Have we missed anybody out? The answer is probably. Tweet your suggestions to us @UltimateTeamUK and we’ll most likely fire a gif back in your direction. Thanks for reading.