Three untradeable cards have been released as part of FUT Birthday Team 2 in FIFA 20 Ultimate Team, and we’ve got the Objectives, cheapest SBC solutions, in-game stats, and everything else you need to unlock them.

EA SPORTS released the second squad of FUT Birthday cards on April 3, featuring 14 new players with boosted stats and upgrades to their weak foot, skill moves, or both.

As is usually the case with such promos, three of the new cards are available as untradeables, including an 87-rated Malang Sarr, 88 Tiemoue Bakayoko, and 86 Jhon Cordoba.

Sarr can be unlocked by completing his new SBC, while Bakayoko and Cordoba are both available through Objectives. You can find all of the details about these cards and how to get them below.

The upgrade to Sarr is as big as it gets, transforming him from a 76-rated non-rare gold to an 87-rated special item with absolutely monstrous stats.

While the five-star skills and four-star weak foot are certainly nice additions, players will be more interested in the Frenchman’s 82 pace, 86 defending, and 91 physical, which come in addition to his 81 passing and 80 dribbling.

As for Bakayoko, the former Chelsea and AC Milan midfielder now boasts a five-star weak foot, as well as stats that make him look like the highly-overpowered CDM that he was back in FIFA 18, during his days with the London club.

He’s the prototypical meta defensive midfielder, featuring great passing, dribbling, defending, and physical to go along with his more-than-decent pace.

Last but not least there’s Cordoba, whose 86 rating doesn’t really do his stellar stats justice. With over 90 pace, reliable shooting, great dribbling, and strong physical, the Colombian forward’s card looks like an absolute beast.

Sarr’s SBC has two squad building components – 85-rated teams for both Ligue 1 and France, with both challenges offering their own pack rewards as well.

Here is the current cheapest solution for the Ligue 1 component, without requiring loyalty or position-change cards. 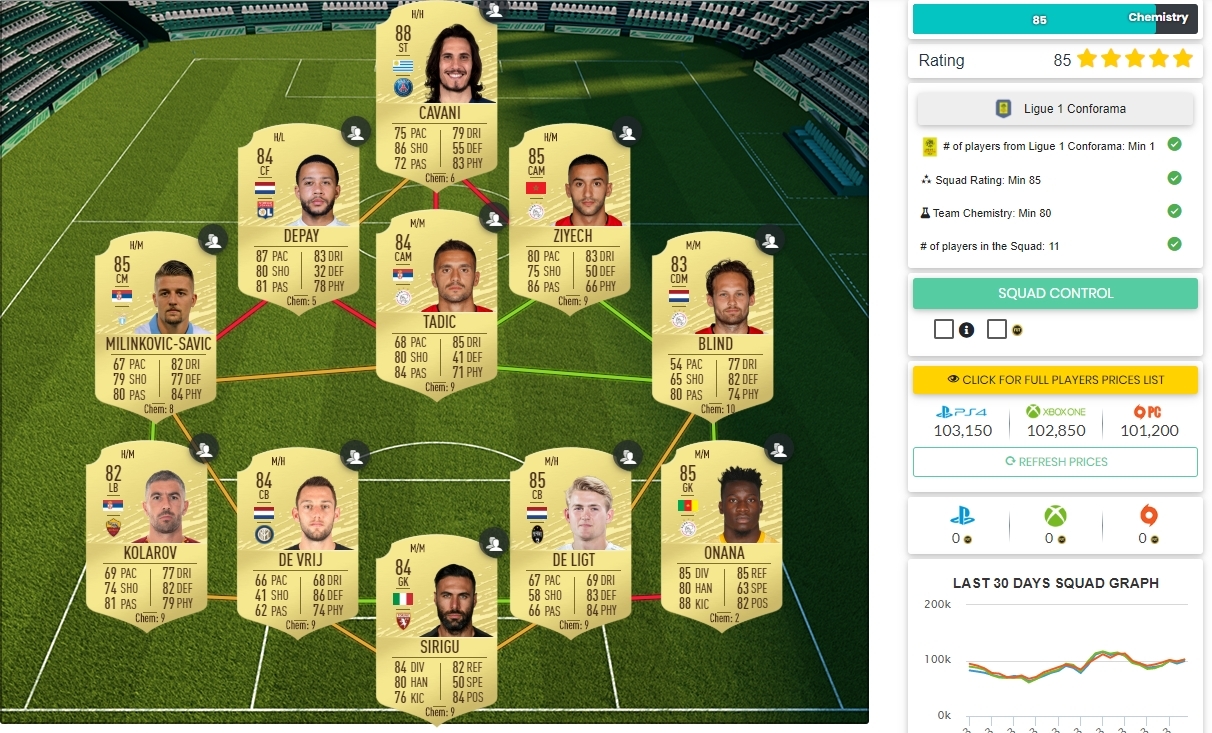 Here is the current cheapest solution for the France component, without requiring loyalty or position-change cards. 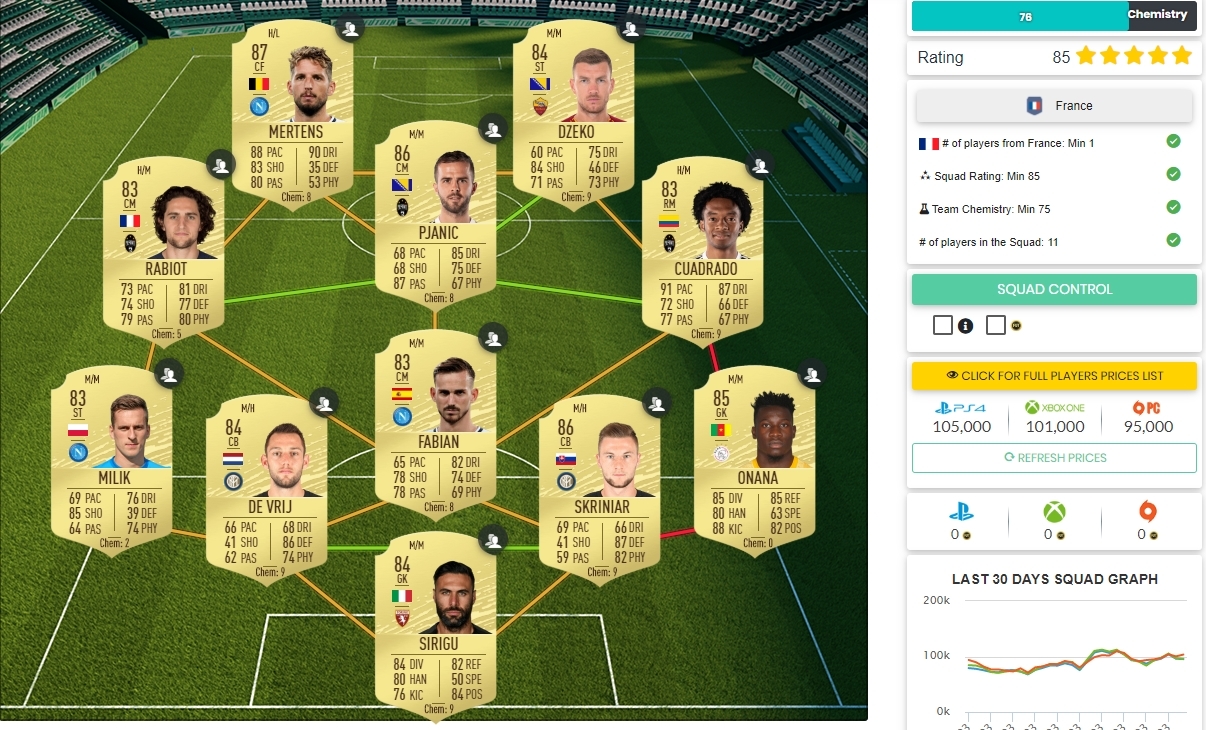 Keep in mind, of course, as is the nature of the FUT market, player prices are constantly fluctuating, so the cost of completing this SBC could go up or down depending on when you attempt it.

In order to get the special Bakayoko card, you must first complete four in-game Objectives, each of which offers its own pack reward and XP boost.

Here are the Objectives for this Jhon Cordoba special card. Unlike for Bakayoko, these requirements are focused around the single-play Squad Battles mode rather than Division Rivals.

FUT Birthday Team 2 is active from now until Friday, April 10, so you have until then to try and get these players for your club. As with Team 1, EA are likely to release more SBCs for this promo throughout the week, so make sure to keep an eye for when those drop.