With the FUT Birthday celebrations finally hitting FIFA 20 Ultimate Team, EA SPORTS has revealed an all-new set of cards that are sure to find a place in your club – if you can afford them or are lucky enough to pack them.

For the past few years, EA SPORTS has been celebrating the launch of Ultimate Team with FUT Birthday. The promo, which is an annual in-game celebration, is designed to celebrate FUT’s roots – which stem all the way back to FIFA 2009.

With FIFA 20, Ultimate Team is in its 11th year and is still going as strong as ever – despite a few in-game issues creeping in every now and then – and a global health crisis that has seen the shutdown of all sports. Despite that they, EA SPORTS are marching on with their FUT Birthday celebrations, releasing a new batch of cards on March 27 at 11 AM PT / 2 PM ET / 6 PM GMT.

FIFA fan-favorites are rewarded with the FUT Birthday promo.

The idea behind this promo is not to just boost certain cards’ stats but to also upgrade either their weak foot or skill moves to a much higher rating.

In total, the developers have released 18 new cards as part of Team 1, which means there will be a second set rolled out next week. So, let’s take a look at this first squad in-full. 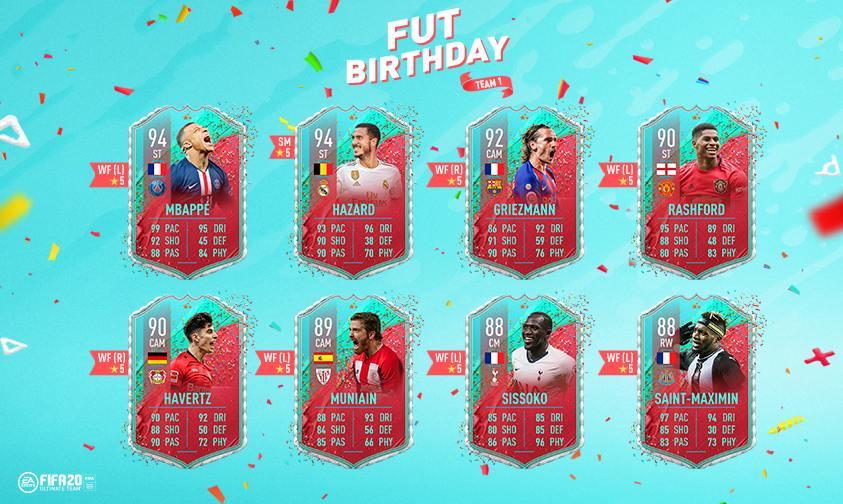 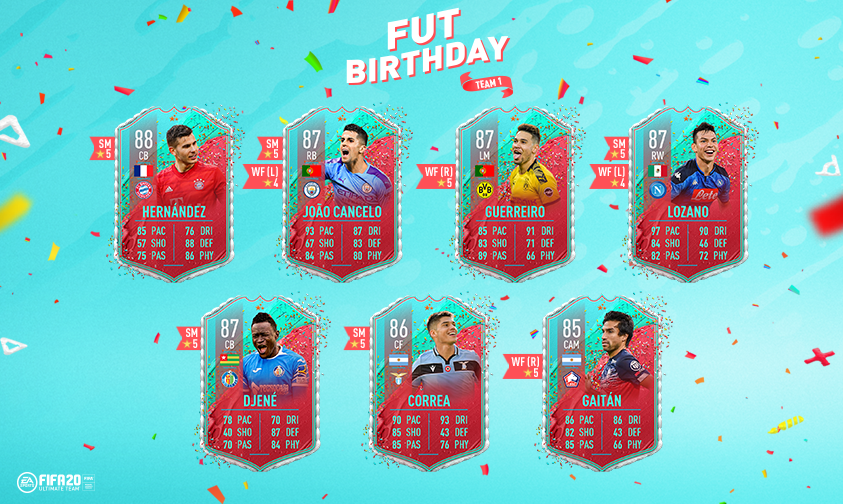 As well as the all-new cards that can be found in packs, EA SPORTS have also dropped a few other bits of content into Ultimate Team.

There is a new squad building challenge – SBC – that will reward you with a 90-rated Mesut Ozil card that features both four-star skill moves and a five-star weak foot.

There is also a set of objectives that, once completed, will allow you to unlock special Bellarabi and Paqueta cards – though it will be untradable and locked to your club.

The FUT Birthday Team 1 will be in packs, SBCs, and Objectives until Friday, April 3, after which Team 2 is expected to drop.