UK YouTuber AnEsonGib stormed the stage at the KSI vs. Logan Paul press conference in London to call out Jake Paul on Monday, October 7.

FIFA, having started his channel nearly seven years ago with FIFA 13.

Since then, he has dabbled in real life videos as well as FIFA but has also been involved in both of the YouTube boxing events that have run so far, calling out Joe Weller and featuring on the undercard in last year’s event headlined by Olajide ‘KSI‘ Olatunji and Logan Paul. 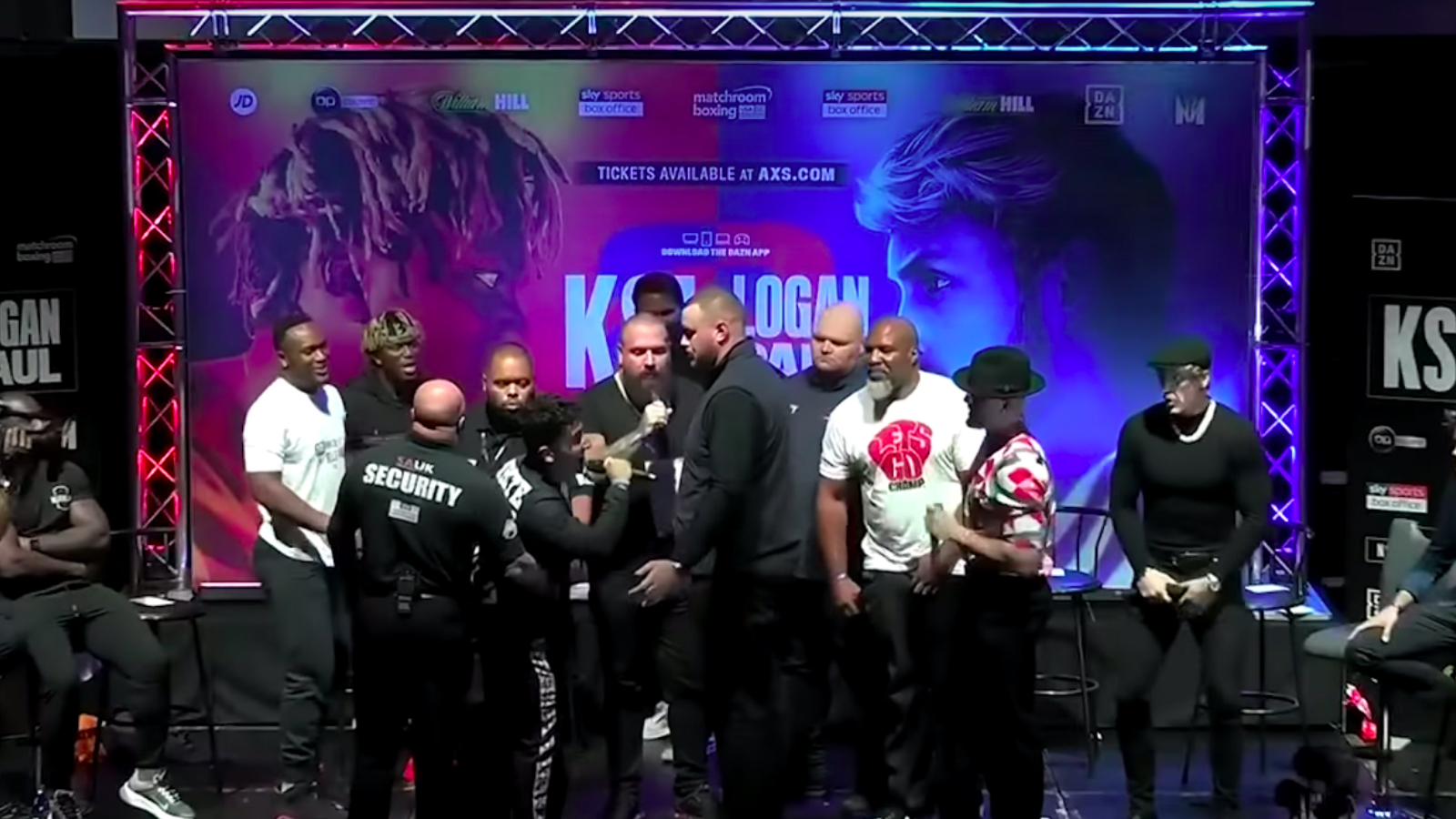 Then, on September 19, Jake Paul put out a poll on Twitter to ask fans who he should fight before his brother, Logan Paul, takes on KSI in November.

Evidently, Gib is the chosen one and has now been gearing up for a fight with the recently-wedded Jake Paul, taking to the stage during the London press conference to address Jake Paul face-to-face.

With fans chanting “we want Gib”, the YouTuber was brought up on stage by a beaming Eddie Hearn, immediately dashing towards Jake Paul’s side of the stage telling him “you’re scared!”

He was dragged off stage by security, with Jake then asking why he was running away and to come back up on stage, but it seemed clear already that the fight is being set up.

Following the presser, Gib was interviewed by Sky Sports Boxing, giving an amped-up interview explaining why he wants to fight the younger Paul brother.

“There’s a handful of people who can fight in YouTube boxing,” he said. “There’s only a small pool, and I’m at the top. He wants to get them easy fights, but he’s facing big Gibber at the end of the day.”

He finished by directly addressing Jake, saying “you can’t run no more. I’m everywhere, baby. That’s all I’ve got to say.”

Gib also offered his prediction on the result of the main event between KSI and Logan Paul, saying that he believes KSI is “going to smash it” after seeing the Sidemen member in training.