Popular Twitch streamer, Tyler ‘Tyler1’ Steinkamp, was caught off-guard when he was issued with an ‘Easy Anti-Cheat’ message while playing Halo: The Master Chief Collection.

Halo’s venture away from the realm of console has gotten off to a hot start. With The Master Chief Collection currently standing as the number-one selling game on Steam – and Halo: Reach sitting at a respectable third – Halo has cemented its place in the domain of PC gaming.

A host of big names decided to turn their hand to Microsoft’s hit series, as it made its way onto the Steam Marketplace on December 3. Among which was Tyler1 — the League of Legends player who’s notorious for his energetic commentary. 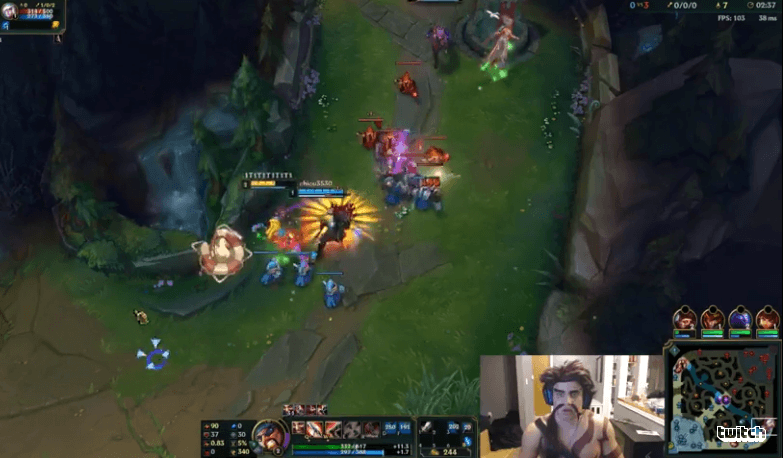 Tyler1 broke the Twitch record for concurrent views during his return to LoL on January 8.

Since his return to LoL after his ban, Tyler hasn’t veered too far away from Summoner’s Rift. Given his proficiency in-game, the American has dedicated the vast majority of his time to Riot’s flagship title.

However, in a rare effort to step away from the MOBA, Steinkamp turned his hand to Halo’s Master Chief Collection.

Yet, while he appeared to have picked up the game in a matter of hours, Halo’s servers dubbed Tyler1’s abilities to be akin to that of someone trying to cheat the system.

After landing a headshot on his opponent, his game immediately flagged up an ‘anti-cheat’ message, which read: “You were kicked. Easy Anti-Cheat has detected a problem. Please visit easy.ac/support for help on resolving the issue.”

After reading the message somewhat stunned, Tyler1 said: “I think we just got banned,” and following a short pause, Tyler added: “Am I banned?”

“I mean, I get it,” Steinkamp said. “I’m a f**king freaking of nature – athletic freak – and my gameplay implies [that] I’m cheating.”

In typical Tyler1 fashion, the American flashed his peripherals at his camera while explaining that he couldn’t possibly be cheating.

Although the Easy Anti-Cheat message kicked Tyler1 from his game, it could be that the streamer hopped straight back into another game shortly afterwards, in a bid to improve his ELO rank within competitive modes.

Evidently, the above is an issue with the game’s servers or perhaps a hardware issue. It could be that he just needs to check for corrupted memory or perhaps an unknown game file from the installation, according to Epic Games’ website.