Female Twitch personality Jenna sparked controversy after a clip of her talking about an ex-boyfriend went viral on the LivestreamFails subreddit – and now she’s responded.

Jenna is mainly known for her gaming streams, though she does frequent the Just Chatting section from time to time, where she interacts with viewers and tells them stories about her life.

However, one such tale landed the streamer in hot water after a video about an ex-flame went viral on Reddit, and she appeared on Hasan’s broadcast to explain how it was taken out of context. 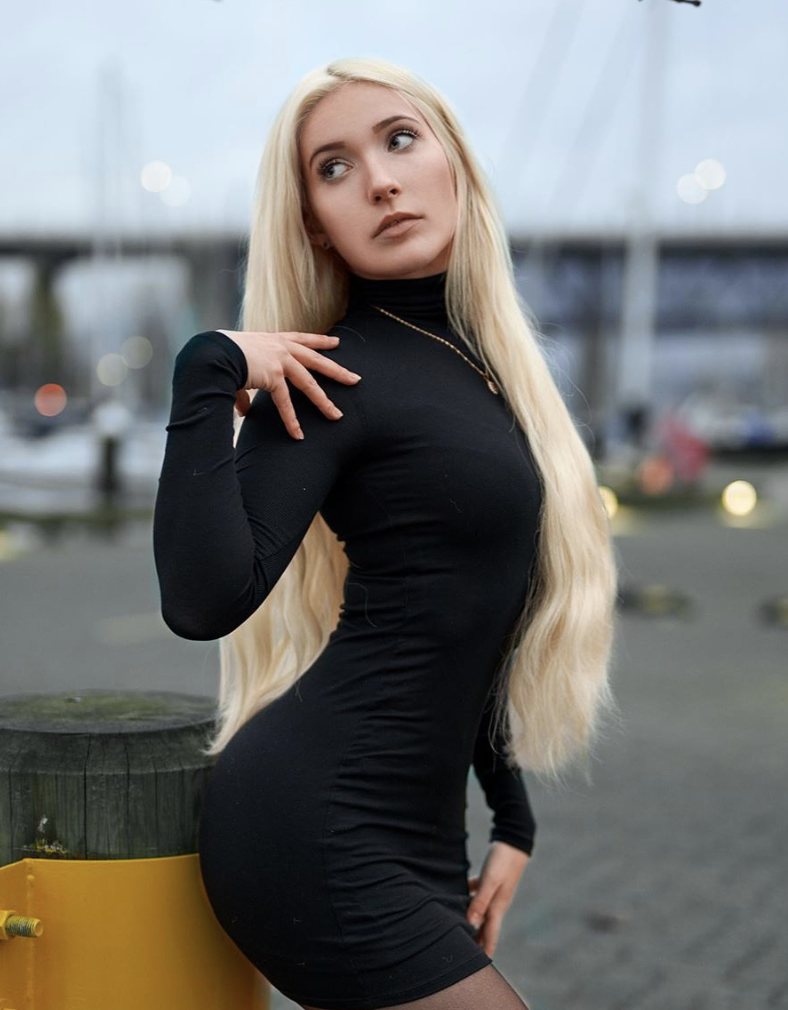 Why people are angry at Jenna

On January 7, a clip surfaced online where the female streamer recalled a story about how she tried to kiss a guy she’d friendzoned for months after she finally fell for him.

“Six full months of the friendzone, one day I just got a crush on him and I don’t know why!” she revealed. “I ended up kissing him randomly, and he looked at me when I was trying to make out with him, and he said “this is weird” and denied me.”

The 21-year-old then went on to say that she was going to go on stream and tell her viewers what had just happened – something which caused the friend to kiss her, and she “got her way.”

The tale ended up gaining traction on Reddit, where many users criticized the Canadian for supposedly “pressuring” the man into making out with her.

“Pressuring someone by saying you would shame them publicly to “get it your way,” disgusting no matter if your a man or woman,” one person wrote.

“What was she thinking? How did she think people would respond to this?” another said.

People were not happy with the streamer’s story.

Jenna explains her side

A few hours later, Jenna appeared on Hasan Piker’s stream to address the concerns and to give her side of the story regarding the incident.

“He looked at me and said “this is weird!” and I was like [shocked], and I rolled over and I crossed my arms and I was like super upset, and I’m like “I’m gonna tell my stream!”,” she explained. “And he’s like “K” and he comes over and he kisses me.”

“He told me later on, because I asked him ”why did you say this is weird?” because he had been making moves on me for a while, and he said it was because he was shocked because he thought he was friendzoned!” the streamer continued. “I literally still talk to this dude to this day, he’s my best friend. I think I should have provided more context because we’ve been on and off for years.”

UPDATE 3:25PM PST January 8: Jenna’s ex-boyfriend appeared on her broadcast on January 8, and clarified exactly what happened between the pair.

Jenna then asked him if she’d coerced him into kissing him, or pressured him in any way. “Did I coerce you into kissing [me] or doing anything you didn’t want?” to which he answered no. “Did you want to kiss me?” she asked. “Yup!” he responded. “Had I friendzoned you previously and denied your advances?” the streamer ended, to which her ex-flame said yes.

Despite the recent controversy, Jenna has accumulated quite the audience for her Just Chatting stories, and has almost 260,000 followers on Twitch at this time of writing.

She started streaming regularly on the platform in 2016, and has since achieved the coveted Partnered status.