IRL Twitch streamer, glass blower and outdoorsman “EJipt” took a nasty tumble during a January broadcast, after he misjudged the status of a seemingly frozen lake at night.

Ejipt isn’t your average Twitch streamer: this partnered broadcaster recently purchased land in Northern Maine, where he lives “off the grid” in a 1976 school bus.

This being the case, Ejipt often broadcasts himself out in the wilds or hanging out in his vehicle, where he cooks his meals using a traditional wood stove. 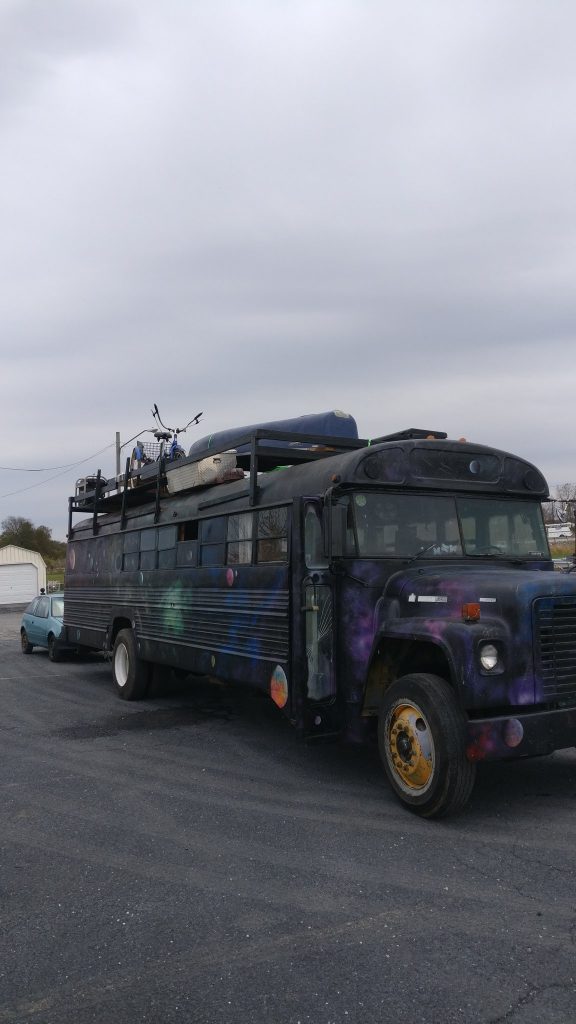 Twitch streamer and glassblower “Ejipt” lives out of a 1976 schoolbus, pictured here.

However, it wasn’t his cooking that sparked viewer concern on the eve of January 9 — instead, it was his unfortunate fall, which came about after he decided to check out what he assumed was a completely frozen lake.

In the middle of speaking with his viewers, Ejipt began to walk along the lake’s surface when the ice cracked beneath him, sending both streamer and camera beneath the icy water in a chilling turn of events.

After a brief struggle, viewers were relieved to see that the broadcaster and his equipment emerged from the depths unscathed, albeit a bit soggy and cold.

The streamer walked back to a house in the snow, shouting profanities all the way, where he changed out of his soaking wet clothes into dry apparel.

“Wow, what the f**k,” he laughingly exclaimed after a brief hiatus. “I cannot believe that just happened. My hands have never been that f**king cold before. They literally, instantly were colder than they’ve ever f**king been. It didn’t look like broken ice, man.”

Despite the harrowing moment caught on camera, it looks like Twitch’s top outdoorsman is completely recovered and doing just fine — although it’s unlikely he’ll set foot on another icy lake without giving it a thorough test first.