Twitch streamer banned after mass brawl breaks out in the street

An IRL (in real life) Twitch stream took a shocking turn as a full-on brawl broke out in the middle of the street, as a group of men appeared to gang up on one individual, with the channel now suspended.

Twitch streamer ‘Pizzaexplorer‘ was filming his travels around the streets of Hollywood, asking questions to strangers to provide content for his viewers.

The channel, which has just over 12,000 followers, got more than it bargained for in this particular IRL stream though, as a fight suddenly erupted just as the streamer was passing through the area. 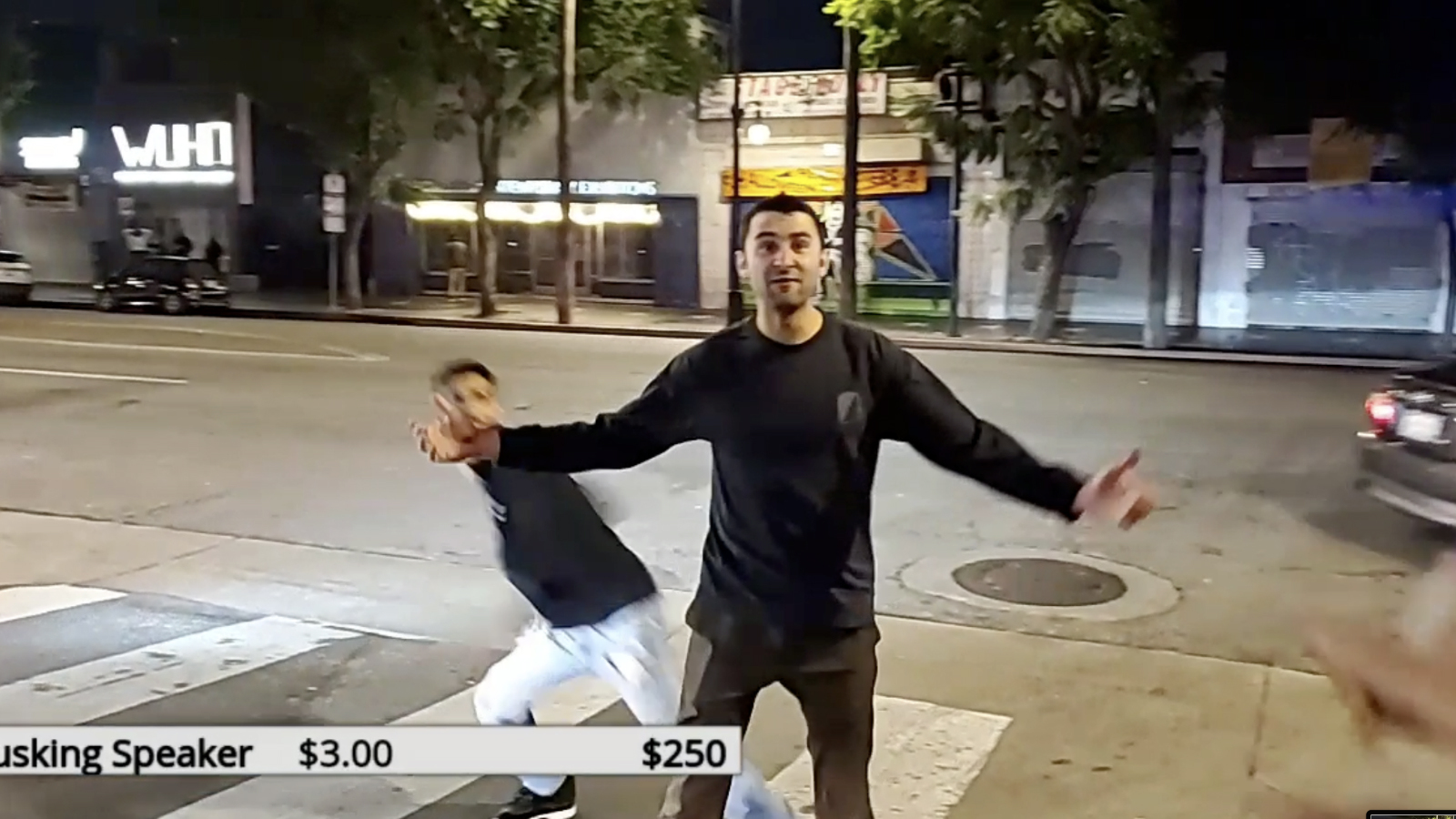 The man was sucker-punched from behind, sparking the altercation.

It’s unclear what led to the altercation, but four men can be seen shouting and even spitting on another man, as a woman attempts to block them from fighting, telling the solo individual to leave.

The man stood his ground however, taunting the group of men to attack him, but the woman at first seemed to successfully convince the group to back off.

Pizzaexplorer himself also tried to encourage the man to back away, rather than continuing to taunt the group.

However, as the man continues to refuse to leave, one of his attackers sneaks around behind him and abruptly sucker-punches him in the back of the head, immediately elevating the situation.

Despite the woman’s best attempts to neutralize the situation, and pizzaexplorer himself, tempers had flared, and the man continued to antagonize the larger group. 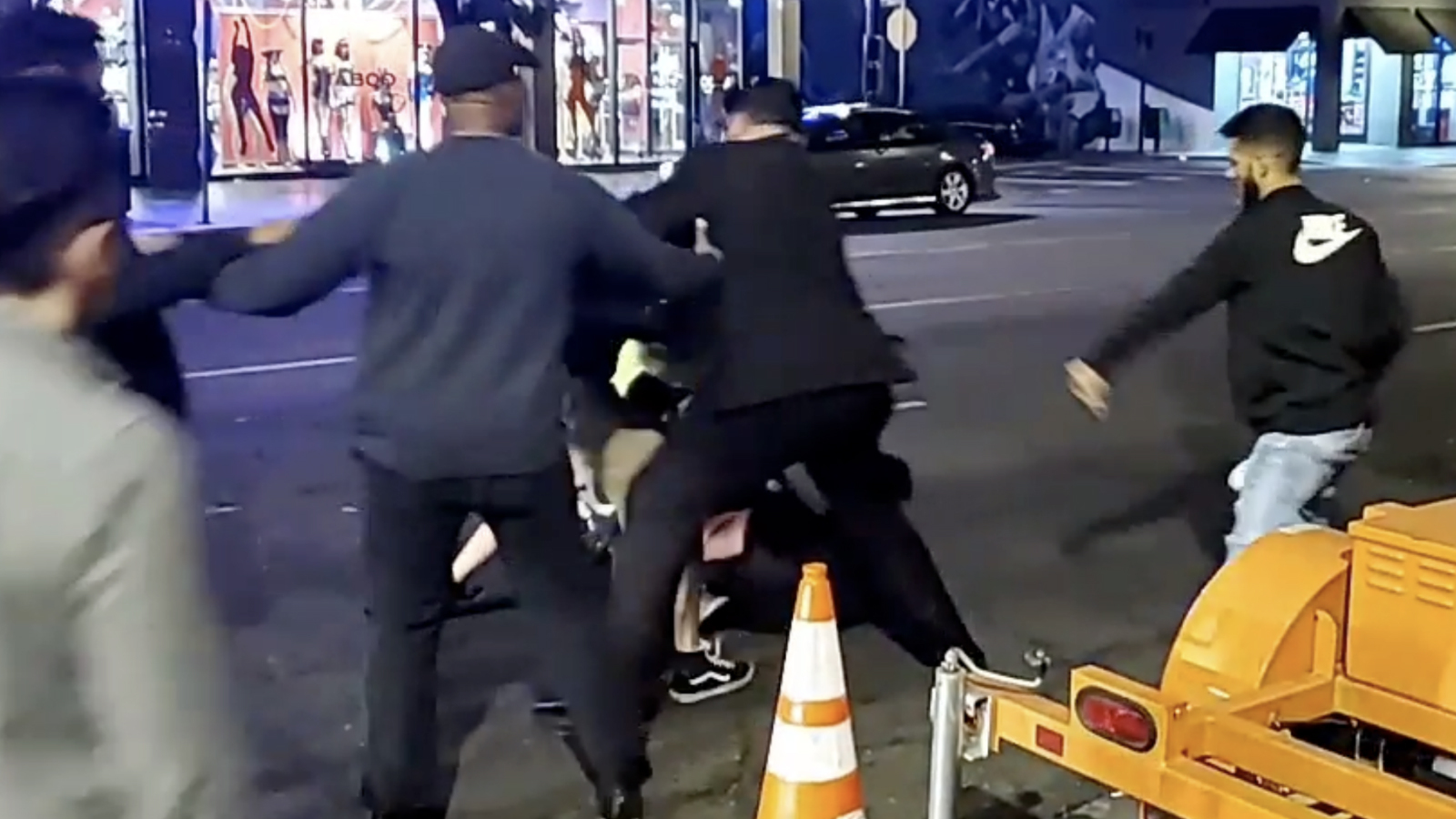 Bouncers from nearby establishments stepped in to break up the brawl.
[ad name=”article4″]

After this, there was very little anyone could do to stop the brawl ensuing, as the group of men all ganged up on the one man.

He did manage to put one of the men down with a single blow, but as the others piled in, he was quickly overpowered and forced to the ground.

Some of the men proceed to kick and punch him as he was down, before more bystanders moved in to break up the scrap.

The fight was halted there, as bouncers from nearby clubs and bars stepped in to help break it up, as the man was being well outnumbered.

Twitch have since removed the channel from view, likely handing the streamer a short suspension.

Acts of violence and broadcasting illegal activities are also not permitted on the platform, and despite the streamer not being physically involved, this could be part of Twitch’s decision.

Previously, when a streamer was carjacked at gunpoint, the streamer themselves was handed a short suspension from the platform, with Twitch explaining it was to “protect his privacy” due to an “on-screen emergency”.