Streamer “crokonikeosrs” has seemingly been banned from Twitch after calling the art of a female content creator a “crime against God” during a January broadcast, among other insults.

While Twitch is known as a haven for unexpected content, the broadcast of one streamer on the platform quickly went viral on January 8, thanks to their incredibly negative comments regarding another broadcaster.

Streamer “crokonikeosrs” and a friend were watching the stream of fellow content creator “moonlightandlace,” but they weren’t in it for entertainment — instead, they used their platform as a means to make hurtful statements about her and her art. 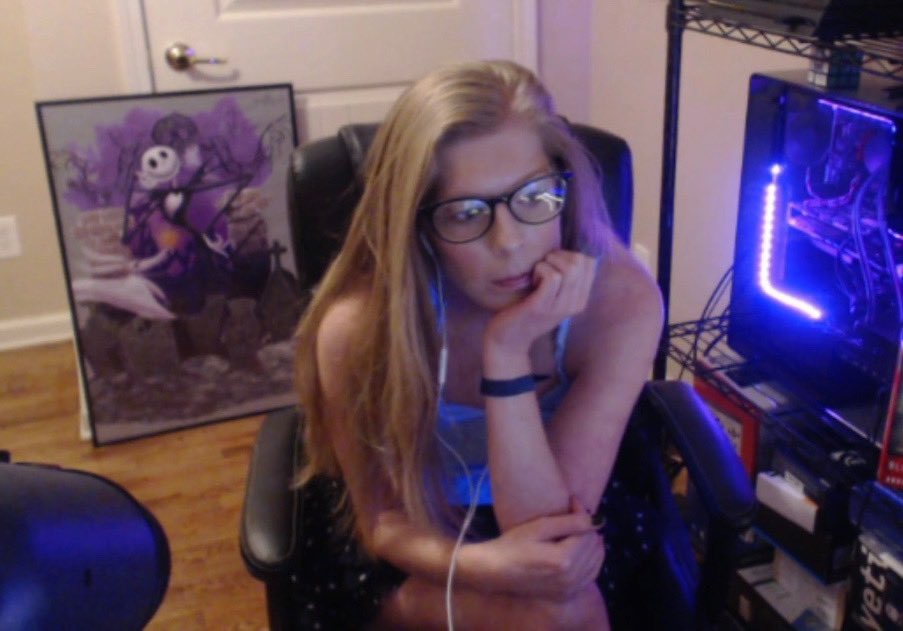 One negative Twitch streamer has been banned after mocking the art of another broadcaster.

“It’s like some school shooter s**t,” one of the streamers can be heard saying as moonlightandlace held up a notepad drawing. “That’s what that is now. School shooter s**t. …I’ll give her a follow, though, because I just wanna keep coming back to check on her stupid a**.”

Moonlight went on to showcase a sketch from “The Mandalorian,” which drew a high-pitched laugh from one of the broadcasters.

“I drew that s**t when I was in primary school, dude,” one commented. “I don’t like abusing people, I just like s**t-talking them. Like this chick. Have you seen her picture? …she drew this. She has the audacity to draw this s**t, and then show it on stream as her artwork. That’s a f**king crime against God, dude.”

While moonlight has yet to comment on the horrid remarks from the Twitch bullies, viewers have come out in droves to support her, denouncing the streamers’ hateful words.

“Trash humans can’t come up with anything better to do than bash someone for ‘content,’” one user wrote. “Here’s to hoping this loser quits streaming cause twitch really doesn’t need any more of these people.”

Others claimed to have reported the channel, which has since been taken down at the time of writing.

The Twitch channel of the offending streamer has since been seemingly banned.

This wouldn’t be the first time a streamer has been banned after making hurtful comments about another broadcaster’s art, either: in May 2019, Twitch artist “ Kuno” and his girlfriend found themselves suspended after openly mocking a fellow artist’s work during a broadcast.

While bullies still exist, it’s comforting to know that viewers will band together to make sure such behavior doesn’t go unpunished.