Mychal ‘Trihex’ Jefferson has spoiled his long-time partner Jessica ‘‘blackantivenom’ James with an epic Christmas present to help her with her passion for drawing, giving her a wonderfully motivational speech at the same time.

Trihex and his partner Venom have been together for years now, with his girlfriend following him to various speed running conventions around the states and beyond.

To thank her, Trihex decided to spoil her with an excellent present to help support her passion of drawing. 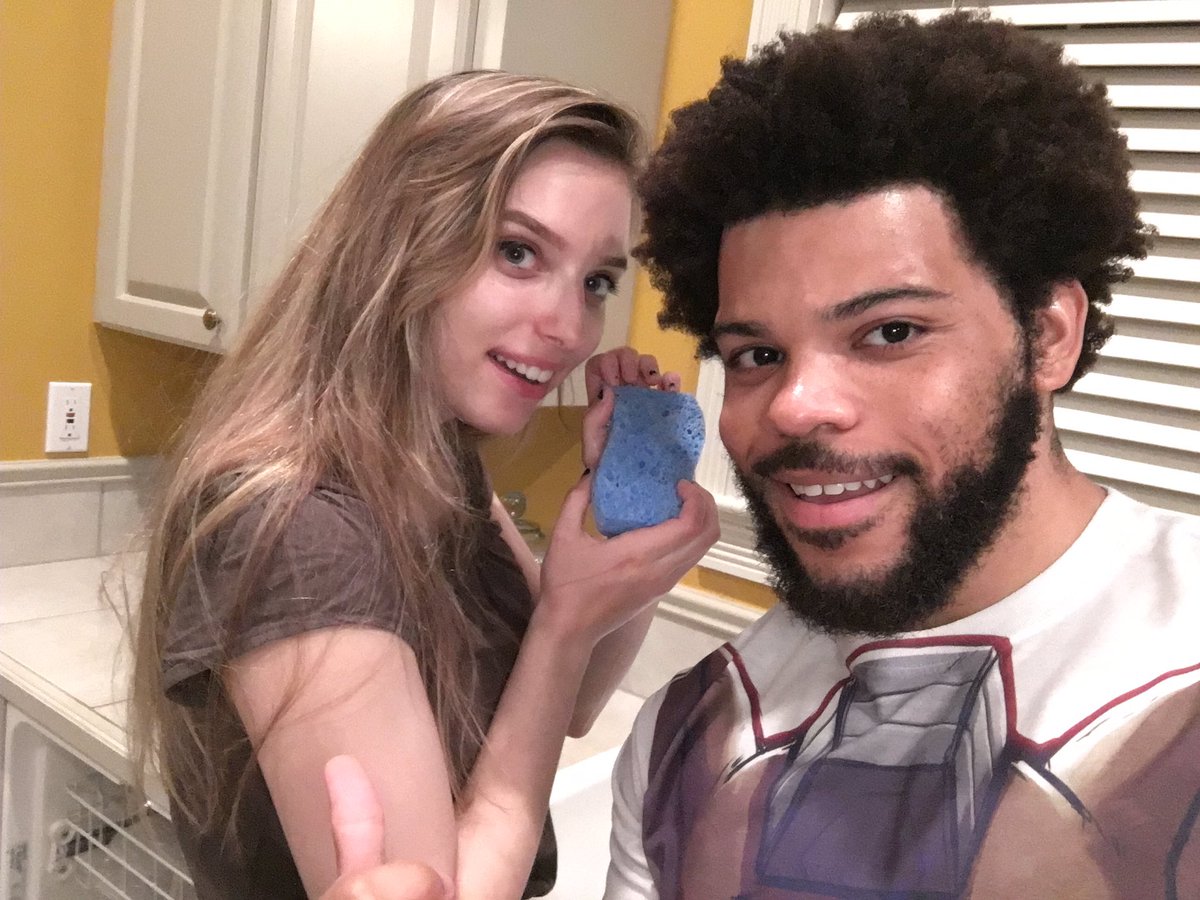 Trihex and Venom have been together for a few years now, and are one of Twitch’s cutest couples.

During the speedrunner’s Christmas stream, he brought his girlfriend into his room and told her to turn around to surprise her with her gift. He laid it out on the table behind her, with the big box taking up a ton of space.

Before she could unwrap it though, Trihex made sure to tell his partner how far she’s come over 2019, not just as an artist but as a person.

“The progress as an artist over the last year that you’ve made has made me tremendously proud,” he said. “You’ve gone from someone who ‘can’t do’ to ‘can do,’ and you, even on your own money, saved up for your own tablet and explored digital tablet illustration.”

With her dedication to her craft, Trihex believes she’s now ready to take the next step, and he’s making sure she’s getting the best equipment to do so.

“I feel like now you are no longer at a barrier where motivation and skill set is a boundary, but purely the time to devote to artistic craft and the tools you use to do so. So with that in mind, I feel like you are worth it, and I got you the best of the best.”

Trihex wasn’t joking when he said he got the best of the best. He got Venom a 24” Wacom Cintiq Pro, which retails at around $2000, and is one of the highest-rated drawing tablets out there.

Venom was shocked by her partner’s generosity, bursting into tears as he not only congratulated her for her efforts to improve herself in 2019, but also over the amazing gift.

This new Wacom is so FUN to draw on, omgggg ?✨ pic.twitter.com/XqSizJcF6n

Venom has shared a lot of her creations on Instagram and Twitter in 2019, and while she has a small fan base, you can see how far she’s progressed over the last year. This new tablet will only allow her to take her art to the next level and impress even more people.

It was an unforgettable moment for the couple, and goes to show just how deep their love for each other runs after all these years.