Popular streamer Grand Theft Auto V, has gained popularity on Twitch as it has allowed streamers to play a character inside the popular sandbox title.

Players can, with the lingering worry of police around, pretty much do anything inside the game when it comes to role-playing. That includes joking around and pulling off comedic skits like heading to a nightclub or engaging in a yoga session. Yet, a yoga session landed streamer Sams, who plays the Dmitri character, in trouble and struck with a 90 probationary period following reports of sexualized content. 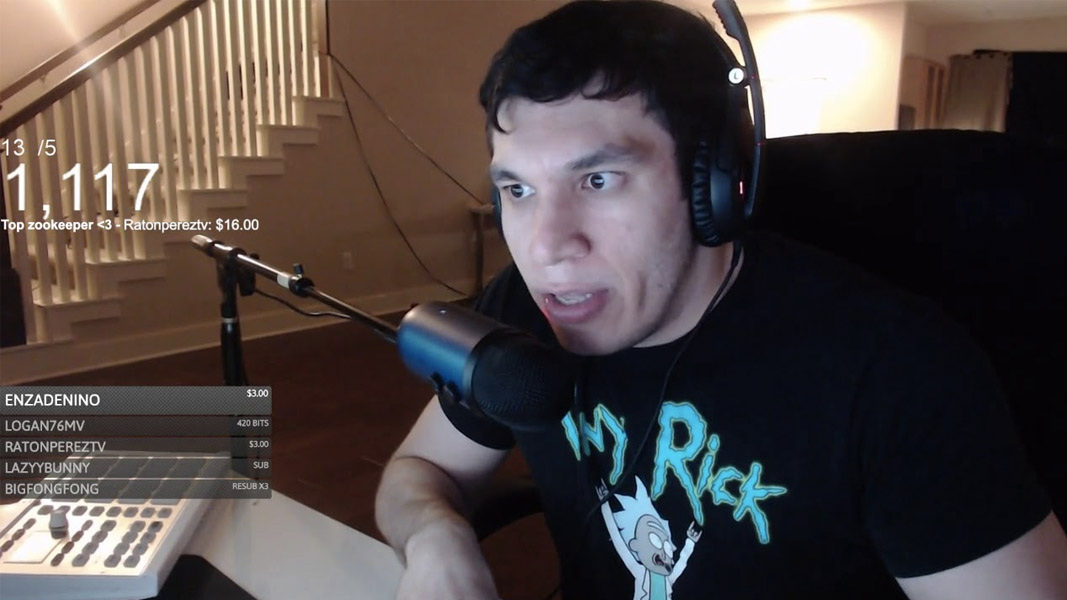 Trainwrecks aimed his crosshairs at Twitch and took aim with some verbal shots.

That didn’t go down with a few other streamers, including Trainwrecks, who pointed out that there is much more explicit content being streamed on other parts of the website – nevermind inside a game.

Trainwrecks wasn’t finished there though. “The only time the camera is on their front side is when suddenly they have to lean forward to aim the camera angle and you see down their chest while they’re drinking water,” he added.

The streamer continued on with the same line of questioning towards Twitch, pointing out that some streamers getting even more explicit with their real-life content, not just the game they play.

Of course, Trainwrecks isn’t the only streamer who has aired their frustrations with Twitch’s up-and-down warning system. Popular broadcaster MontanaBlack noted that he’d leave and stream elsewhere if there was a suitable alternative because of frustrations with how Twitch hands out warnings and suspensions.

Whether or not the livestreaming platform will change course on their warning against the GTA RP streamer remains to be seen.

Yet, it’s clearly upset Trainwrecks and plenty of other streamers who want a bit more consistency across the board.