Trainwrecks is owner of a massively popular channel on the platform, which focuses less so on gaming and more on discussing various topics with viewers, as well as a series of podcasts.

He has been vocal in the past about the nature of some content on Twitch, especially those which he calls “shameless”, often referring to certain female streamers and their broadcasts.

The ‘shameless’ catchphrase has been adopted by his community, perhaps most infamously used to describe Amouranth’s Just Dance performance at TwitchCon 2019.

On October 30, Niknam was watching various clips on the popular LivestreamsFails subreddit, when he stumbled upon one from a pool stream STPeach did in August, with the clip entitled “STPeach knows what’s good.”

Initially confused, Trainwrecks said: “She’s in the pool, who cares?”, but realized the clip was actually about the seemingly deliberate camera placement to ensure the right angle as STPeach exited the pool.

“Oh my – oh. That is shameless,” he exclaimed. “Listen, if you’re just getting out of the pool – I like STPeach, she’s been on the podcast, she’s down to earth, but listen, Destiny wants an example, of just shamelessness, this is it.”

He continued: “If you’re just getting out of the pool, it’s fine, but this camera position, the camera move right before getting out, is shameless.”

After watching the clip again, Trainwrecks clarified that the action itself (getting out of the pool) was innocent enough, but argued that the repositioning of the camera was the worst part.

“Come on dude, if you’re just getting out of the pool, no one can say anything, there’s no proof,” Niknam explained, “but come on, when you adjust the camera to this angle and get up – come on dude.”

STPeach has been streaming on the Twitch platform for a number of years, and some of her content has earned her a suspension in the past, notably in 2016 for a ‘dancing’ stream. 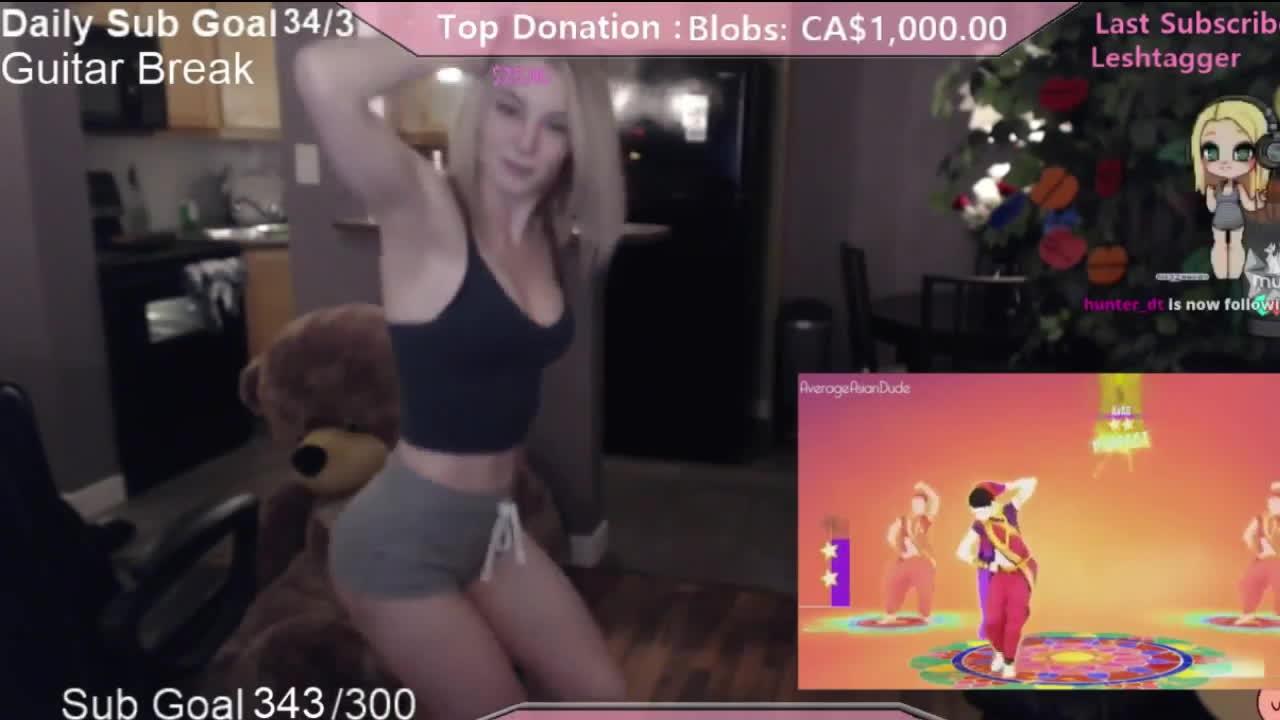 The dancing stream that earned STPeach a ban in late 2016.

However, she has continued to stream regularly and is now fast approaching one million followers on the platform, with a mix of streams in the ‘Just Chatting’ category and playing League of Legends.