Popular music artist T-Pain has been streaming Overwatch since May 2016, but a recent match didn’t end the way he would have liked, and he reacted to the loss in the same way as Overwatch fans have been for years.

After losing on Blizzard World while playing McCree, T-Pain asked the age-old question of whether he’s really bad at Overwatch or if it was his team to blame.

“Am I fucking up everyone’s game or is every team I’m getting on just the worst?” T-Pain asked Twitch Chat before the stat screen showed only one elimination for the musician.

“I got one elimination,” he laughed, barely hiding the sadness every Overwatch player feels in that situation behind a wall of laughter.

The entertainer even said he’s interested in cosplaying an Overwatch character at an event or convention sometime.

T-Pain has spoken openly about his love for gaming on stream and in interviews. Once, on stream, the rapper talked about how he spent over $10,000 on EA’s Madden NFL – no word on whether he’s spent that much in Overwatch yet though. 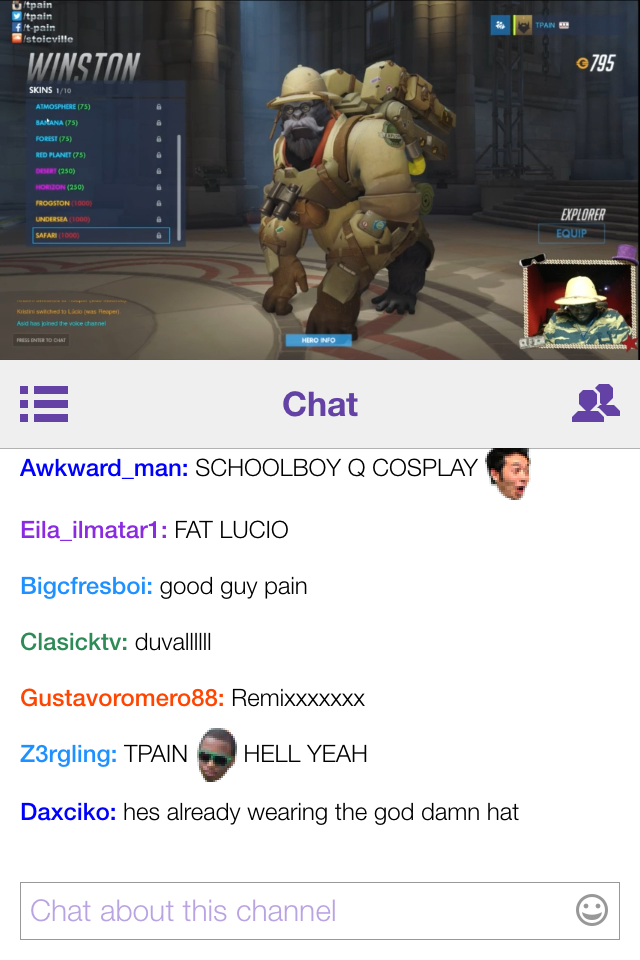 T-Pain isn’t the only musician to get into Twitch. Popular streamer Ninja has played Fortnite Battle Royale with Drake and Travis Scott several times, including in a stream that broke the record for most concurrent viewers on Twitch.

It doesn’t seem like T-Pain’s love for Overwatch is going away anytime soon, though. Even when he does get only one elimination he takes it in stride like any good player should – who knows? We might even get to see that Winston cosplay soon.