Talent organization and YouTube group Team 10, owned by social media star Jake Paul, came under fire in late June, after two transgender women accused Paul’s editor of kicking them out of the Team 10 mansion for not being “real girls.”

YouTuber Lilah Gibney released a video on June 29 describing the debacle, which included video footage of an argument between Gibney, her friend, Kendall Raindrop, and Paul’s editor, Blaine, who claimed that he was “just being real” when confronted about the matter.

“I was told girls were coming,” Blaine can be heard saying, while Gibney challenges his statement in a heated exchange.

Team 10 has since released a statement responding to the matter via their Instagram story, announcing that they are orchestrating a full investigation into the issue and claiming that both Jake Paul and Team 10 “have continuously embraced the LGBTQ community.”

“We have launched a full, internal investigation into the matter to determine exactly what unfolded and the full context,” the letter reads, “so we can take appropriate steps as a brand and a team to ensure that lessons are learned, accountability is placed, and misunderstandings like this never happen again.” 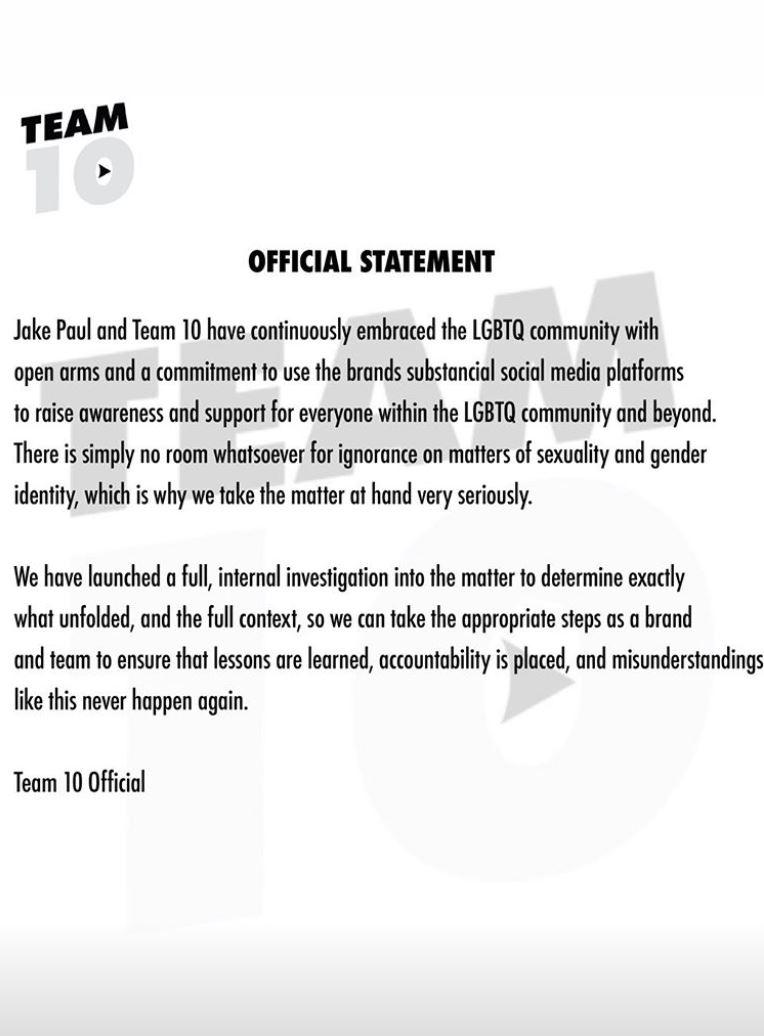 Gibney found Team 10’s statement to be ironic, citing her video evidence as proof of Blaine’s transphobia in response to Team 10’s “investigation.”

wait what is there to investigate??? video proof usually is enough babe! i wasn’t welcomed with “open arms” but told you LEAVE. so grossed out & hurt that transphobia is being normalized & not talked about like its a real thing that transgender people deal with DAILY. period. pic.twitter.com/xLcRR7NPwR

Jake Paul himself appeared to respond to the backlash via his personal Twitter account on July 1, seeming to hint that Gibney and Kendall were lying about the ordeal.

“It’s funny that time after time of ppl trying to cancel me or the ppl around me, that there is ANY weight to it,” Paul wrote. “Since day one all my ‘controversies’ have been cleared and aired out publicly, and they showed nothing but the fact that other parties were lying… Try again! I’ll be beachside.”

its funny that time after time of ppl trying 2 cancel me or the ppl around me that there is ANY weight to it… since day 1 all my "controversies" have been cleared & aired out publicly & they showed nothing but the fact that other parties were lying.. try again! ill be beachside

Team 10’s manager, Adam Quinn, later accused Gibney of breaking the law by recording a phone call with Blaine without his consent, claiming that he would turn matters over to his legal team in light of her video. 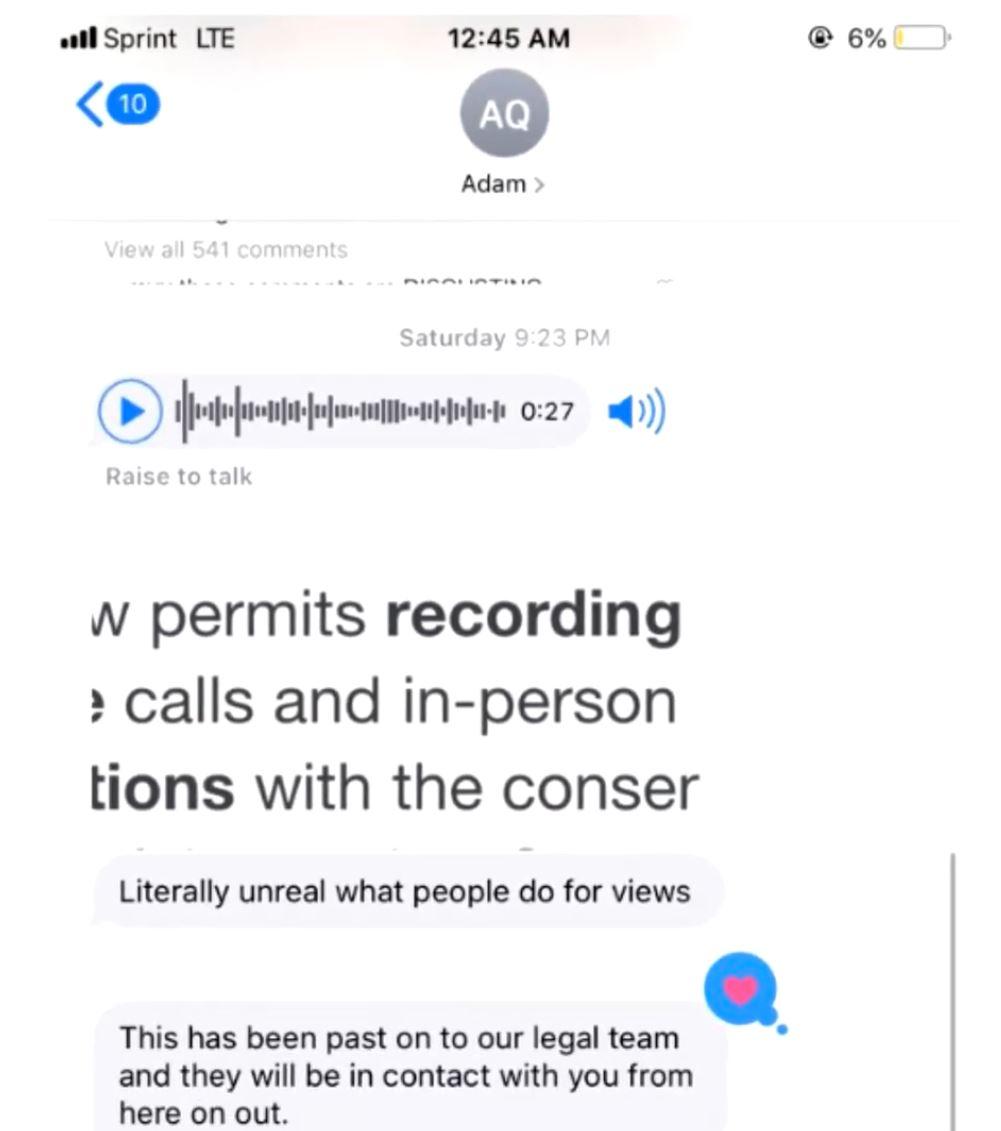 This wouldn’t be the first time an alleged instance of transphobia or homophobia has taken place at the Team 10 mansion, either: makeup artist Cole Carrigan accused YouTuber Cameron Dallas of throwing water on him in a homophobic attack during a house party in early May, inciting outrage across the net due to the scandal.

While neither Jake Paul nor Team 10 are strangers to controversy, damning information continues to be released in light of the incident, with Gibney being “grossed out and hurt” by the ordeal as the drama unfolds.