Popular YouTuber and MTV starlet Tana Mongeau is pleading with video application TikTok to unban her account after receiving an unexpected suspension from the platform in early January.

While the 2019 Streamy’s “Creator of the Year” winner is known for her down-to-earth talks and witty sense of humor, she’s also not one to shy away from showing some skin — which apparently resulted in her ban from TikTok, according to a Tweet posted on January 8.

hi @tiktok_us i’m banned ! it won’t let me post pls help i’ll put ALL of my clothes on!

Although there’s no way to tell if her ban was actually due to getting naked or she was merely joking, that wasn’t the last time she pleaded with the site to reinstate her account, as she mentioned the issue during an Instagram story on January 10.

In her video on the topic, Mongeau claimed that she is truly distressed about being unable to post, and again mentioned that she would be more “safe for work” moving forward, as long as she is actually able to use the application. 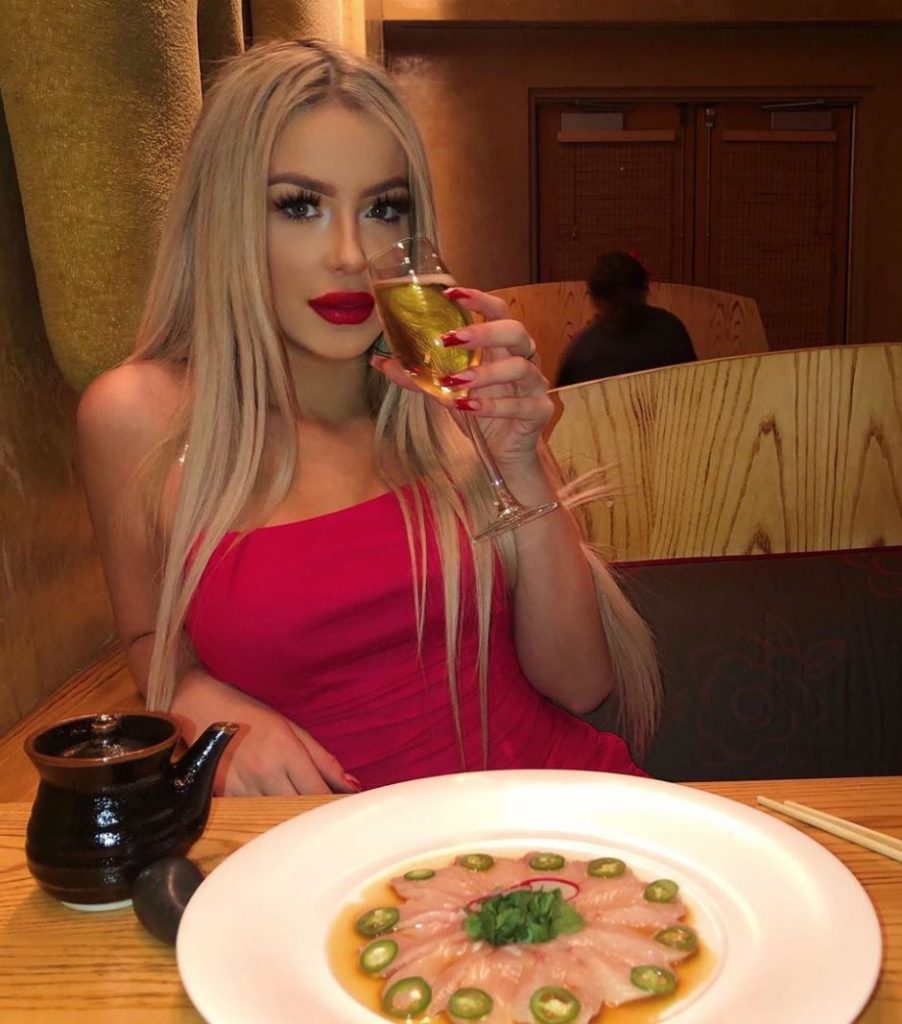 YouTuber-turned-MTV star Tana Mongeau has been banned from TikTok for unknown reasons.

However, that’s not the only potential reason for her ban that was mentioned in her video: “Tana Mojo” may have also hinted at drug use being the cause of her suspension, also promising TikTok that she wouldn’t feature any drug paraphernalia in her videos.

“I’m still banned from TikTok,” she said of the issue. “It won’t let me post, and I’m so — I’m honestly really upset about it, like in real life. Like… what do I do? I’ll be good, I’ll leave my shirt on. I promise. No more bongs.”

Mongeau isn’t the only one mysteriously banned from the platform, either: fans across social media commented on her Tweet expressing similar sentiments, claiming they were also suspended for unknown reasons with screenshots attached. 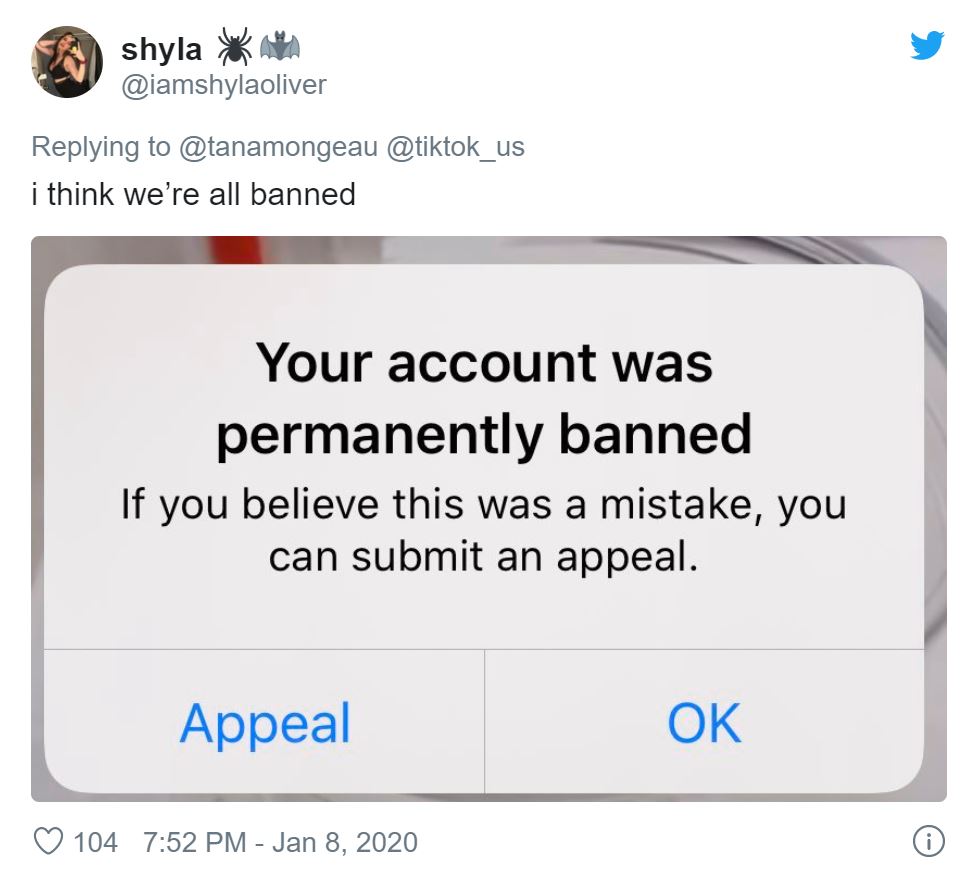 For now, all fans can do is watch and wait — much like Tana, herself, with hopes that TikTok will reinstate her account (or at least tell her why she was suspended in the first place).