Twitch streamer “DizzyKitten” shocked and awed her chat after she pulled off a remarkable impression of an anime character during a live broadcast.

The ASMR streamer received a ten dollar donation from fellow streamer “Knut,” asking her to say, “Thank you for the donation to Knut ayaya,” or something along those lines, so he could clip and record it.

Before she could get to it, the streamer had to mentally prepare herself by clearing her throat and getting all the laughter out of her system. Not too long later, however, she unleashed a superb anime-sounding voice.

“I need to prepare myself,” she said normally before flipping the switch and talking like a dubbed Japanese cartoon character. “And I need to do the voice for a moment so I can get into the vibe of it.”

After speaking like an anime character for a moment, she let out a chuckle and continued. Meanwhile, Twitch chat was awfully impressed, typing “WOW” and “damn, that’s pretty nice.”

“Thank you for the donation, Knut,” the streamer said in the anime voice. “Ayaya.”

DizzyKitten was not happy with her first take though, and in her regular voice told chat she wanted to try again. “Let me try one more time,” she remarked.

“I have to [breathe] clear the throat,” she said. Meanwhile, one confused chat member asked what exactly the voice was.

“It’s my anime voice,” the ASMR streamer giggled. “Yeah, we’re going to do a take-two,” she said jumping back to her impression. 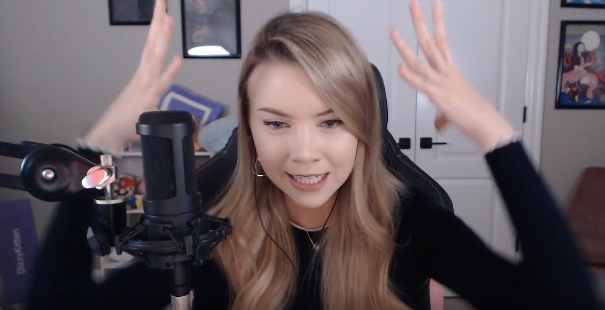 “Come on, let’s get into character.”

After going it another go, she was able to do the impression up to her own standards, even repeating the “ayaya” line twice.

DizzyKitten is one of the most popular ASMR streamers on the platform, boasting nearly 600,000 followers. According to the third-party stat-tracking site Twitch Metrics, she stands as the 46th most-watched English Variety channel, and  is the 140th most-watched variety channel overall.

With 2020 just beginning, it will be interesting to see how much more she can grow with a full year ahead of her.